Three new NES games for the Switch in December

Three new NES games for the Switch in December

The Nintendo Switch Online library of NES games is expanding this month, with three new games announced today. The games will be available from December 12. 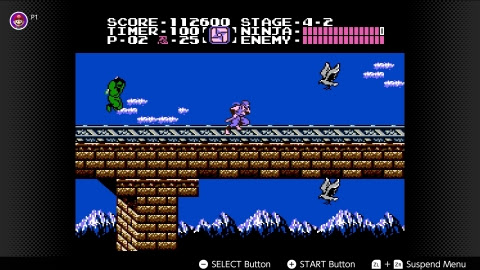 In Ninja Gaiden, take on the role of Ryu Hayabusa, a rising ninja in his family’s clan who travels to America to seek vengeance for his father’s death.

Nintendo has promised to continue adding NES games to the online collection next year, starting in January.

If you’re new to Nintendo Switch Online, there are other benefits to the controversial service. Apart from access to the growing collection of NES games, the main attraction is the ability to play compatible games online. You can also save data to the cloud and there’s a handy smartphone app that enhances features of supported games. It’s $3.99 per month, or $19.99 for the full year, plus a seven-day trial for those on the fence.

Which NES game are hoping to see spring up on the Switch in 2019? Let us know your thoughts on the latest additions in the comments section below.