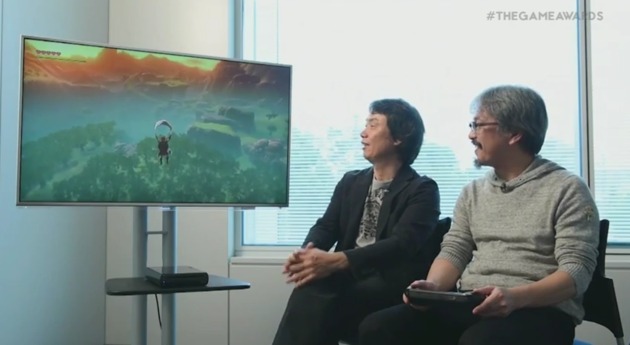 Video: New The Legend of Zelda Wii U Footage Revealed

Video: New The Legend of Zelda Wii U Footage Revealed

Tonight’s Game Awards in Las Vegas featured a surprise video from Nintendo, revealing much more footage of the highly anticipated next installment of The Legend of Zelda, due for a 2015 release on the Wii U.

The 2015 release date was also confirmed in the video, which features a casual discussion between the legendary Shigeru Miyamoto and The Legend of Zelda series director, Eiji Aonuma, while playing the game.

The video, which you can view below, shows Aonuma playing through some of the stunning scenes, with beautiful scenery as Link scopes out far-off sights from high atop a cliff. Link also embarks on a journey atop Epona, riding through a forest and plains, even firing arrows to hit enemies while on horseback. One of the nice little touches is that Epona won’t hit trees while riding – just like a real horse wouldn’t run head-on into a tree. So even though you guide your steed’s direction, you can do more – like attack enemies – while riding, without worrying about hitting something.

It all looks as promising as you would expect, so check it out above and let us know your thoughts!