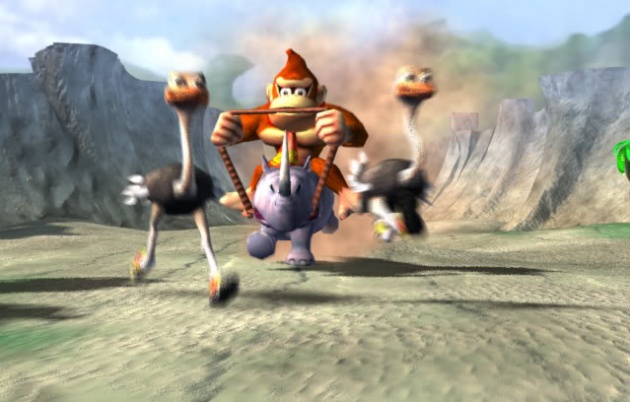 What happened to our Diddy Kong Racing Sequel?

We all remember N64’s Diddy Kong Racing (a 2012 rumour had a Wii U version in the works, nothing on that yet sadly). But do you remember the GameCube sequel, to be called Donkey Kong Racing? Briefly announced at E3 2001, it hastily disappeared, and details have now emerged about what happened.

It was about this time that Rare was looking for a buyer, which famously ended up being Microsoft for a cool $375 million. As a result, Donkey Kong Racing understandably couldn’t continue in its original form. An Xbox prototype was built, but over an 18 month period, the game morphed into a more open-world style, in which nurturing your animal became a key mechanic.

Even that version never saw a release, and the game’s lead developer, former Rare employee Lee Musgrave, spoke about the collapse of the game in an interview with Nintendo Life:

It was such a wide game in terms of content, and the development went off into the woods a little bit, It took a long time to do, and at the same time we were trying to build engines for consoles we weren’t familiar with.

Development eventually fizzled out and, although there was no official word that the game shouldn’t or couldn’t be released, Musgrave feels that after all the changes and time it had taken the end product wouldn’t have been worth the effort.

The GameCube version looked promising, as can be seen in the trailer below, and would have seen players riding on animals from the Donkey Kong Country series, including Rambi, Engaurde and Ellie. Musgrave also spoke of the unique mechanics of the game:

The idea behind the game — which was Tim Stamper’s — was that the player wouldn’t be constricted to just a single animal when racing. You would move between different-sized animals; bigger animals could smash through obstacles, while smaller ones were much more manoeuvrable.

So there you have. Is it better to know about what could have been, or to remain blissfully unaware? You can’t unread this so hopefully the demo trailer below will cheer you up – that rumoured Wii U version sounds tempting now doesn’t it?

Let us know your thoughts in the comments section – is this a game you would like to have seen released?