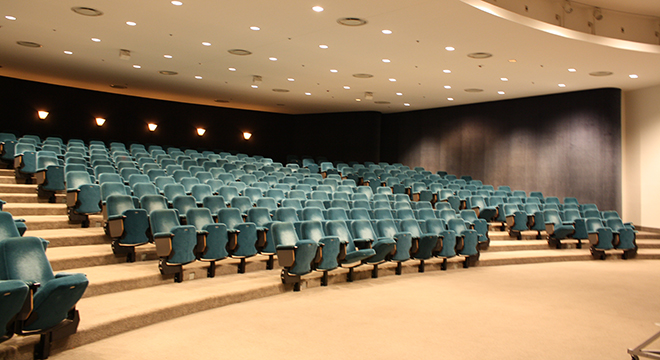 The annual Electronic Entertainment Expo – better known as E3 – is actually not far away, with only four short months between now and the biggest event of the gaming year.

As many will know, Nintendo has changed its formula for the last two expos, offering digitally-delivered content and developer roundtable sessions rather than a formal press conference. Always vying to be different, the risk paid off last year, with the clever combination of humor and big announcements trending with high popularity at the time. It also helped that the discussions centered around big name franchises like Super Smash Bros. and revealed exciting new projects like Zelda U and Splatoon.

So with that in mind, it’s probably not too early to start speculating about this year’s conference. And the first nugget of information suggests that Nintendo may be returning to a press conference of some sort, having booked the Permanent Meeting Rooms Theatre at the LA Convention Center. The only area designated as a “Theatre” is Theatre 411, a 299 seat auditorium that serves as the main theater. This was renovated last year, upgrading AV capabilities to “accommodate a wide variety of current and next-generation technology options.” Interesting.

Here’s some more details on that theater’s specifications, from Neogaf:

Of course, there are many possibilities as to what this room could be used for, like a smaller press conference, developer’s roundtable, a tournament or teaser of something new.

Nintendo has also reserved booths 4822, 5244 and 5644 in West Hall, so one thing is certain – Nintendo will have a strong presence at this year’s conference.

What do you make of this? Let us know in the comments section what you’d like to see during Nintendo’s E3 presentations this year.