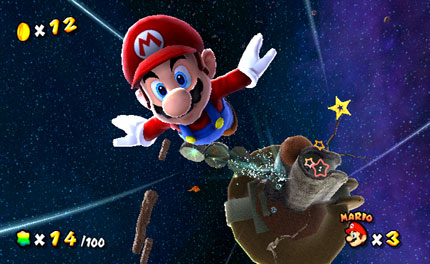 The internet has been saturated with some tasty rumors surrounding Wii and its games. Here is a list of said rumors in no particular order:

These are definitely interesting to say the least. On the one hand, I wouldn’t be surprised if Nintendo did launch with Mario Galaxy even though not very many levels were shown at E3. The thing that gets me is Shiggy has supposedly been working on Mario 128 for quite some time, so one would think it would be further along than previously revealed.

On the other hand, it almost seems like a bad idea since Ninty already has mega-hits like Metroid Prime 3: Corruption and Twilight Princess at launch.

Hopefully the GC in Germany will shed some light on this info. If Nintendo makes another Luigi’s Mansion AND Strikers, I would be extremely happy.