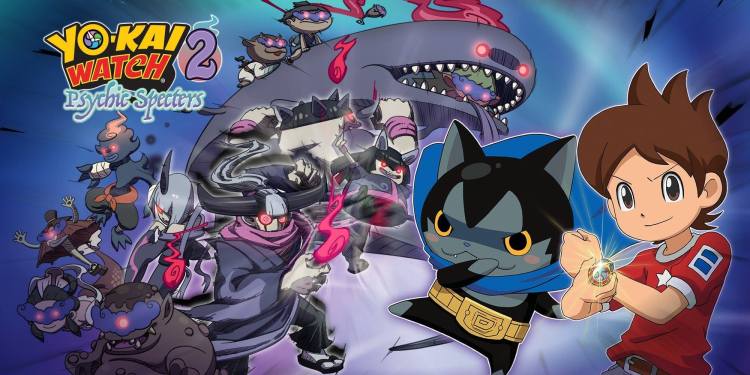 Yo-Kai Watch 2: Bony Spirits and Fleshy Souls hit North American shores in September of 2016, and to the surprise of many, a year has passed and Yo-Kai Watch 2: Psychic Specters has arrived. At first you might be thinking, “What gives? Why release another version of the game a year later?” Much like the Pokémon series, however, Psychic Specters is the third and ultimate edition of Yo-Kai Watch 2. Level 5 has packed in a surprising amount of fresh content for players new to the game, and those who have long beaten Bony Spirits and Fleshy Souls. 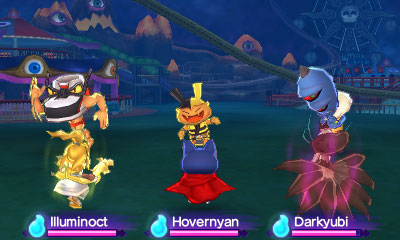 Before we begin talking about the new content Psychic Specters has to offer, let’s backtrack a bit. For those not in the know, Yo-Kai Watch 2 is a monster collecting RPG very similar to Pokémon. Yo-Kai are mischievous spirits in Japanese mythology that cause trouble by inspiriting a person. Whether it be coming down with a nasty cold or having an insatiable appetite, Yo-Kai is why. You play as either Nate or Katie, and it’s your job to solve the problems of the human and spirit world alike by befriending and battling with the Yo-Kai using a special device called the Yo-Kai Watch. It’s a charming and quirky concept that has gained mass popularity in Japan for good reason. 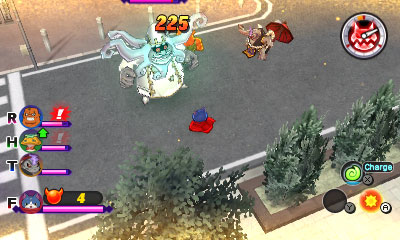 It’s important to note that Psychic Specters features the same story as its Bony and Fleshy counterparts, and the new content comes in the post-game. For those who have played the original versions, you’re able to transfer your save data to the new game. (Luckily, Pure Nintendo has already covered Yo-Kai Watch 2, so check out that review to learn about the battle mechanics and main story.) Being able to pick up where you left off is a great feature, and it was a nice surprise to be able to jump into the new content straight away. 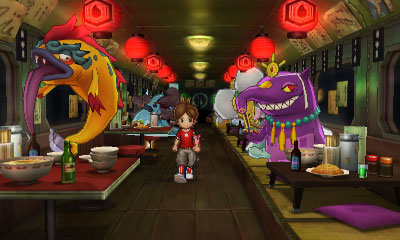 For the most part, Springdale and Harrisville remain largely unchanged, with the most notable exception being the game’s train stations. The newly added Hex Express rail line is a Yo-Kai owned and operated train that you’ll now have access to. Gera Gera Land, the train’s destination, is a special Yo-Kai theme park that houses a variety of post-game missions as well as serving as a new dungeon to explore. There’s a bath house that you’ll need to help open, a rollercoaster you’ll ride to reach treasure in the park, a restaurant filled with Oni, and even a “Kaibuki” theater where you’ll star in a play. Gera Gera land is a blast to explore, and as you restore the park’s functions, more training options will be available to help you max out your beloved team. 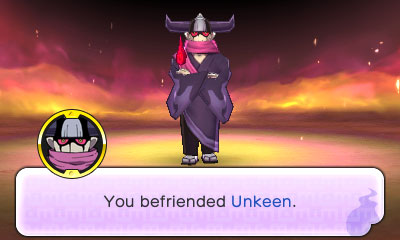 Although the Hex Express is the biggest change to the world of Yo-Kai Watch 2, there is still plenty for you to do outside the spirit world. New exclusive missions have been added to Psychic Specters, with some exploring the past of characters such as Whisper, Dame Dedtime, and Darknyan. These are presented in such a great way that it will definitely please fans wishing to immerse themselves further into the game’s world. Not only that, but the previously unobtainable wicked Yo-Kai tribe is now available for you to befriend. 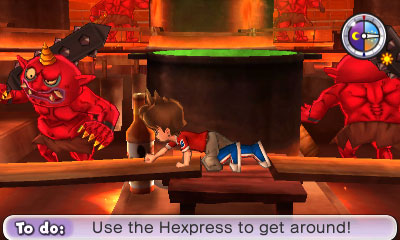 Yokai Watch 2 is a huge game with tons of content to engage in long after the main storyline is complete. Psychic Specters does a fantastic job of enticing players to come back for a second playthrough with the Gera Gera Land resort, and new missions that explore the history of some popular characters. With new Yo-Kai to befriend and exclusive bosses to tackle, there is plenty to keep you occupied if you’ve played the original versions before. If you’re a fan of Yo-Kai Watch, or simply want to see what the buzz is about, Psychic Specters is easily the best version of the game. If you’re interested in Japanese mythology and enjoy RPG’s similar to Pokémon, this is definitely a game to consider.

Yo-Kai Watch 2 Psychic Specters is the ultimate edition of Yo-Kai Watch 2. Whether you played the original Boney Spirits and Fleshy souls version, or are new to the series, this game has loads of content for everyone.