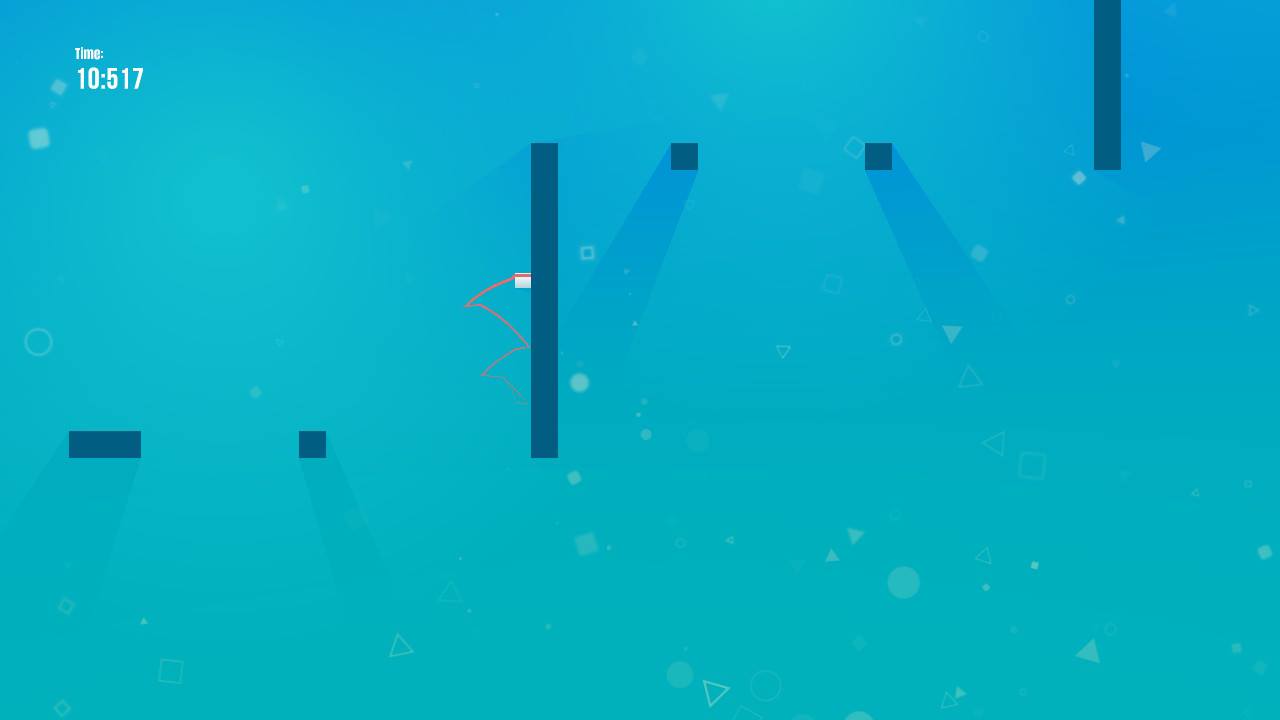 I hate jumping puzzles in games. I hate them so much that I asked a friend who works in the industry, to put up a note in the break room saying that we don’t need any more games that feature segments of jumping over bottomless pits, or lava. And she did. Then one of the developers wrote on the note “They’re on to us. Cancel levels 8 – 13.” So, Based on my hatred of jumping puzzles, I should hate Almost There: The Platformer, but in spite of myself, I ended up digging it. 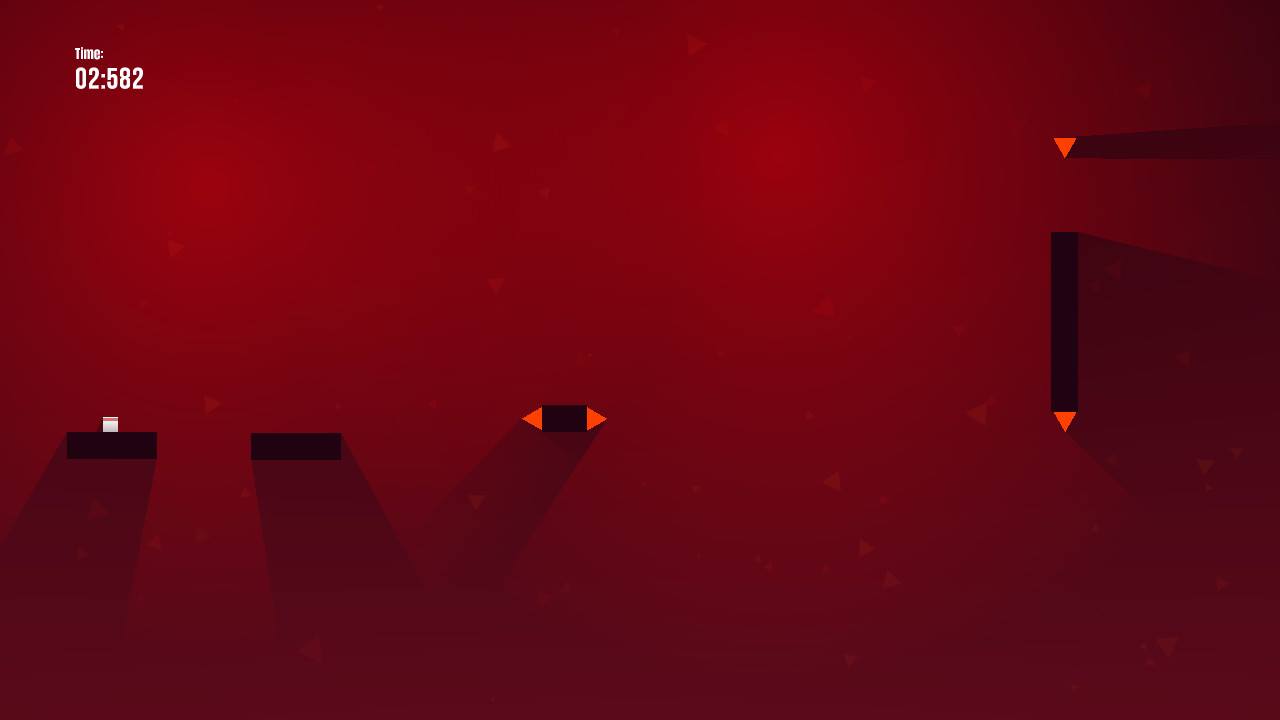 Almost There is a pure, nightmarish distillation of what stresses me out in games. You control a dot which needs to make it from one side of the screen to the other, to reach the diamond that ends the level. There are pits, rotating saws, lasers, and spikes, each of which will cause you to explode at the slightest touch. You have to make your journey perfectly, or you die. And you will die. Lots and lots of times. 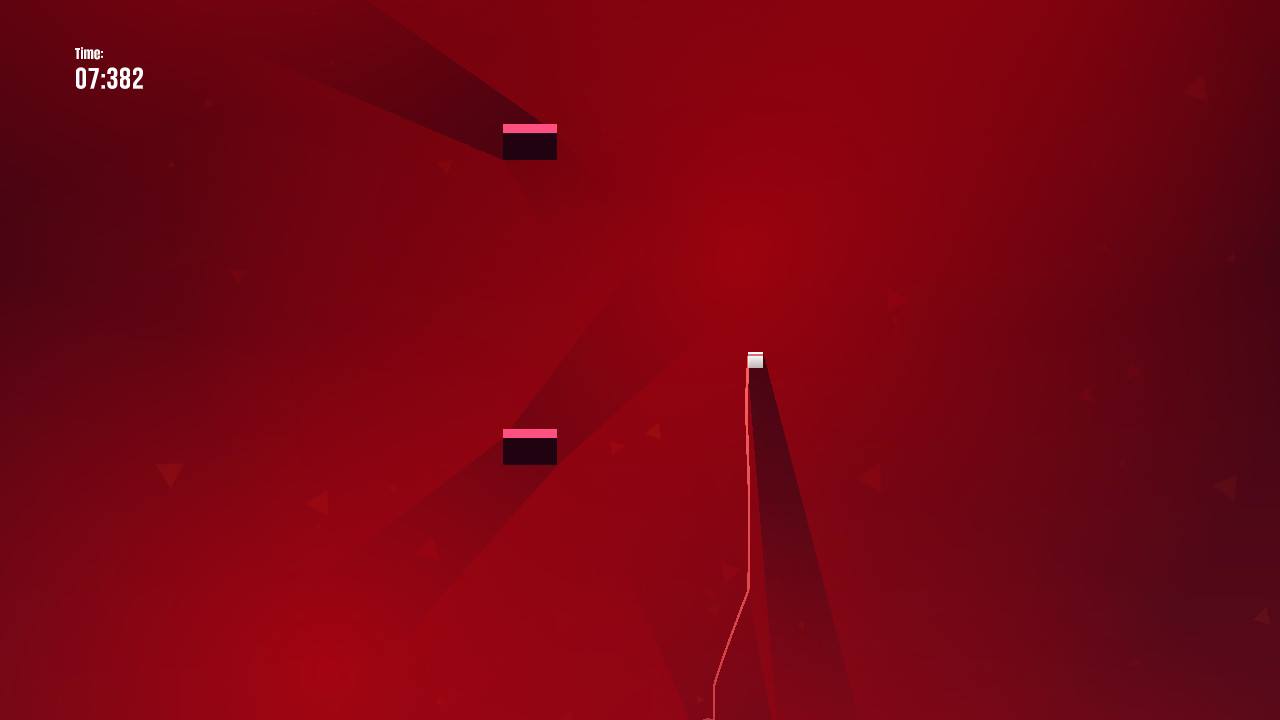 But, Almost There has a trick up its sleeve! Gravity, the unnamed enemy in any jumping game, can be cheated. Because, even while airborne, you can control the direction of your little dot dude using the joystick, even if it doesn’t have an object to bounce off of. That is to say, if you have to climb a wall to get to the diamond, you 1) leap onto the wall, 2) hold the joystick in the direction that will “press” you against it, and then 3) quickly move the joystick away and then back again. This causes the dot to leap away from the wall and then back again, causing it to climb in an arcing motion.  It’s the video game equivalent of Bugs Bunny putting on the air brakes and climbing back on to the cliff’s edge. 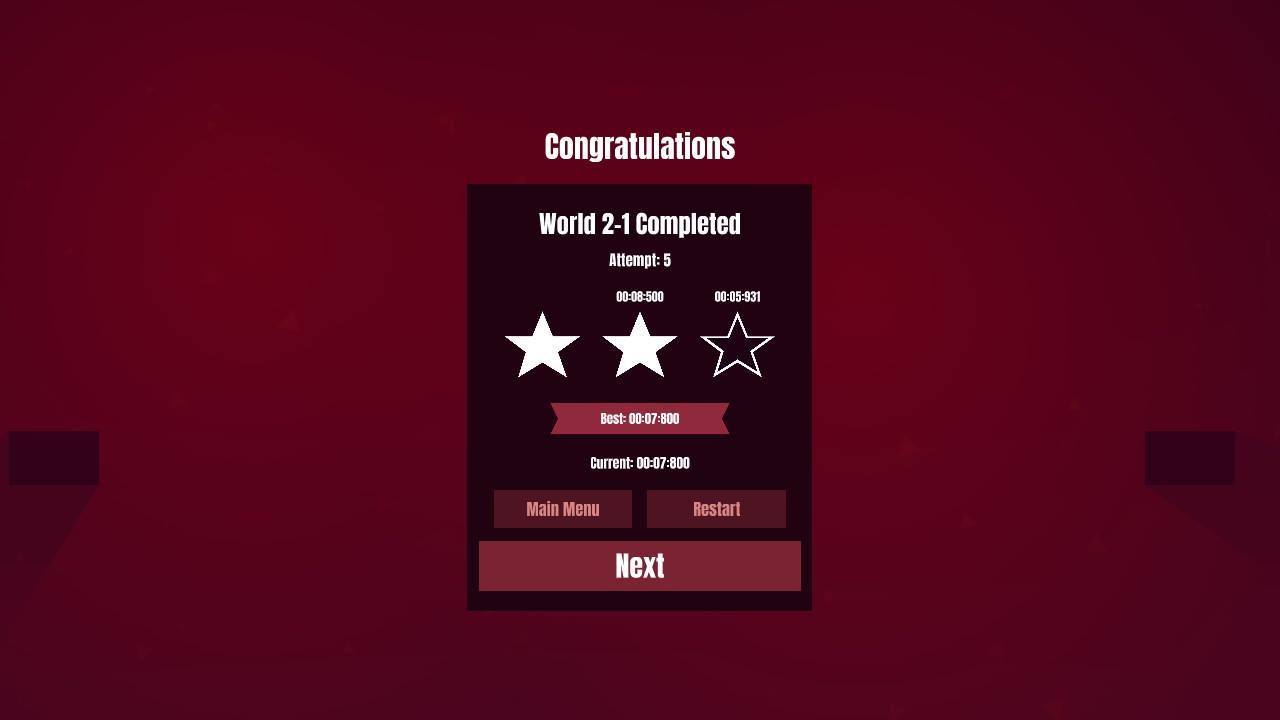 The game is divided into three tiers, made up of multiple levels: the first one teaches you how to interact with the world, what you can and can’t do, and introduces basic “enemies” like pits and spikes. The second introduces timing as a factor: buzzsaws whip around and electrified walls slide up and down. The third tier takes it even further by adding laser cannons that track your movement and will shoot you if you don’t move out of the way quickly enough.

Not gonna lie, this game stressed me out. It is exactly the sort of experience I would avoid, had it been described to me. But I’m glad I played it because after a few levels, I started to enjoy how Almost There embraced its impossible physics to create puzzles that weren’t just about quick and precise timing, but about thinking through the illogical logic of how to get from A to B. More than once I opened a new level and thought, “How the heck am I supposed to navigate this?” before trying something that would be completely insane in any game where motion worked the way you thought it should.

Almost There: The Platformer takes a stripped-down approach to enemies and level design and adds a twist: while gravity can kill you, it only has limited power over your movement. It subverts the jumping puzzle game and manages to meld it with a fun brainteaser because the designers realize that a real-world motion (the joystick) doesn’t have to play by real world rules.