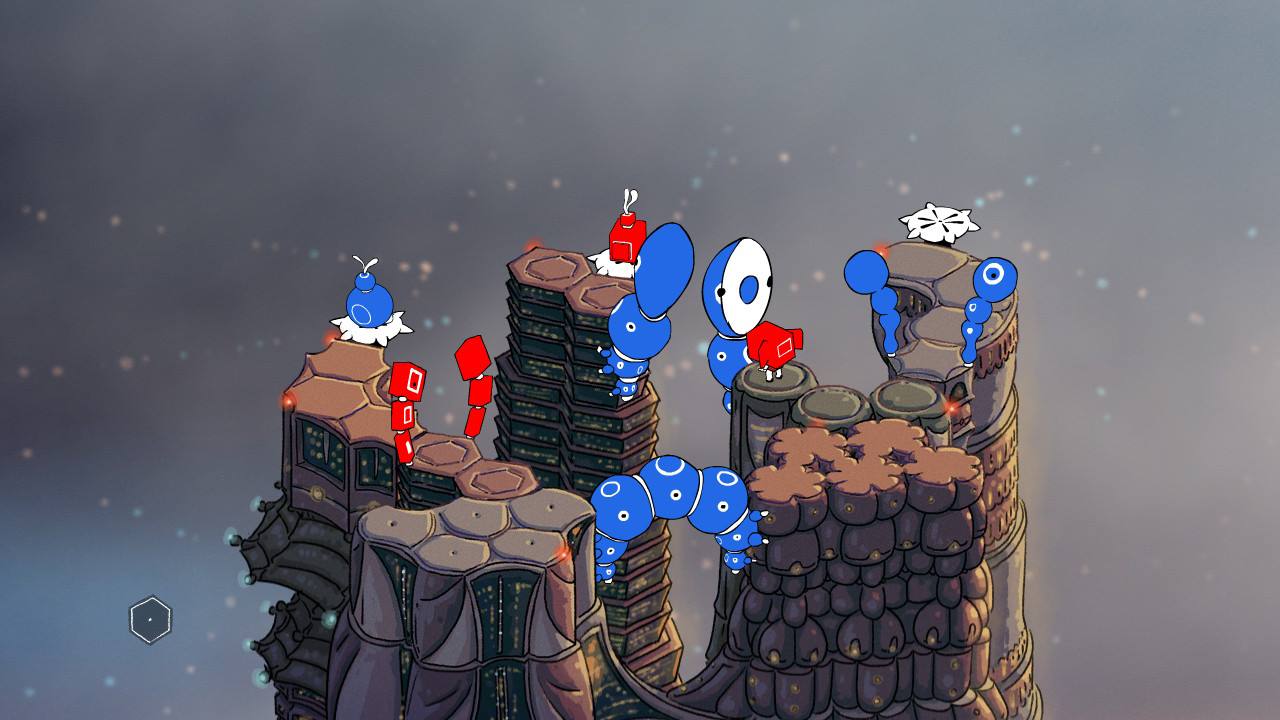 Some games are designed around a stripped-down experience: you get only the elements you need and nothing to distract you from the challenge. She Remembered Caterpillars isn’t like this. It’s one of those games that takes a simple concept—color-coded puzzles—and wraps it up with a robust visual style, poetic interludes, and a sense of gameplay that can only be described as “gentle,”  to give the game a tone that evokes lying under a warm blanket while listening to a rainstorm. 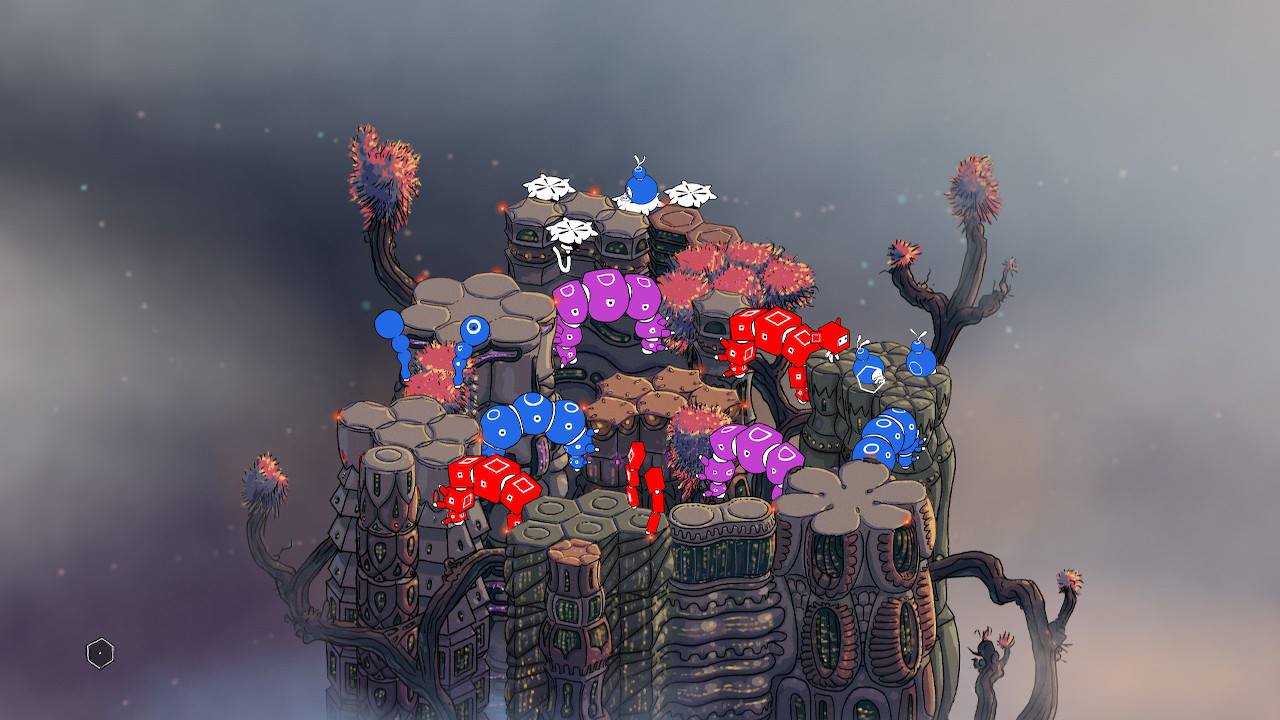 The gameplay itself is enjoyable: you control little beings traveling through dreamlike garden levels. The end goal is to get all the beings to the white flower spaces, at which point they sprout propellers and the level ends. The color of the critters is important because throughout each level there are barricades that either stop or allow them to pass. So, a blue bridge will allow a blue creature to pass, but a blue arch will beat them back. 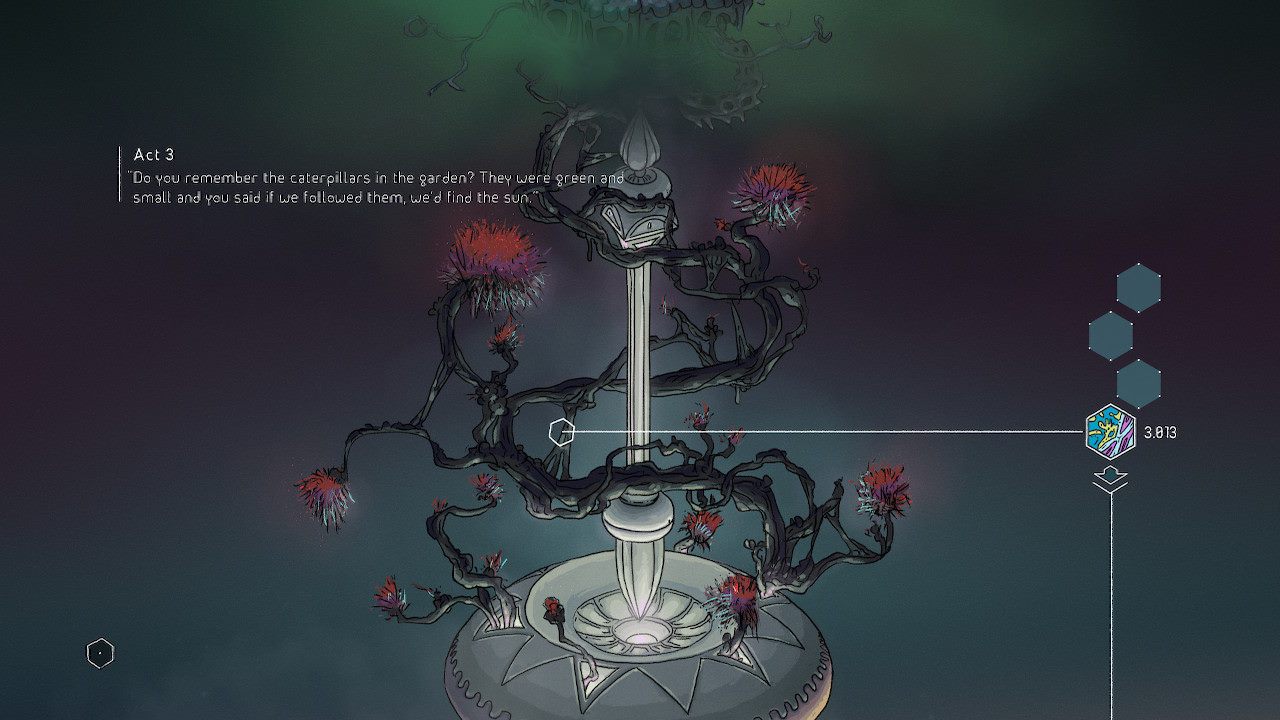 Where the game gets clever is that two beings of different color can combine to become one that has the properties of both—Red and Blue become Purple, for example. Experimenting with these blended characters is the key to gameplay, allowing you to move blue across a red bridge, then separating back into their component parts. It takes a bit of trial and error, however, because not all obstacles behave the same way: some prevent both blended and characters of a particular color from passing, some don’t. After a few introductory levels, the game quickly moves into the territory of the old brainteaser about crossing the river with a goose, a fox, and a bag of grain; you have to figure out how to cross barriers to combine characters, then get everybody back without being trapped. 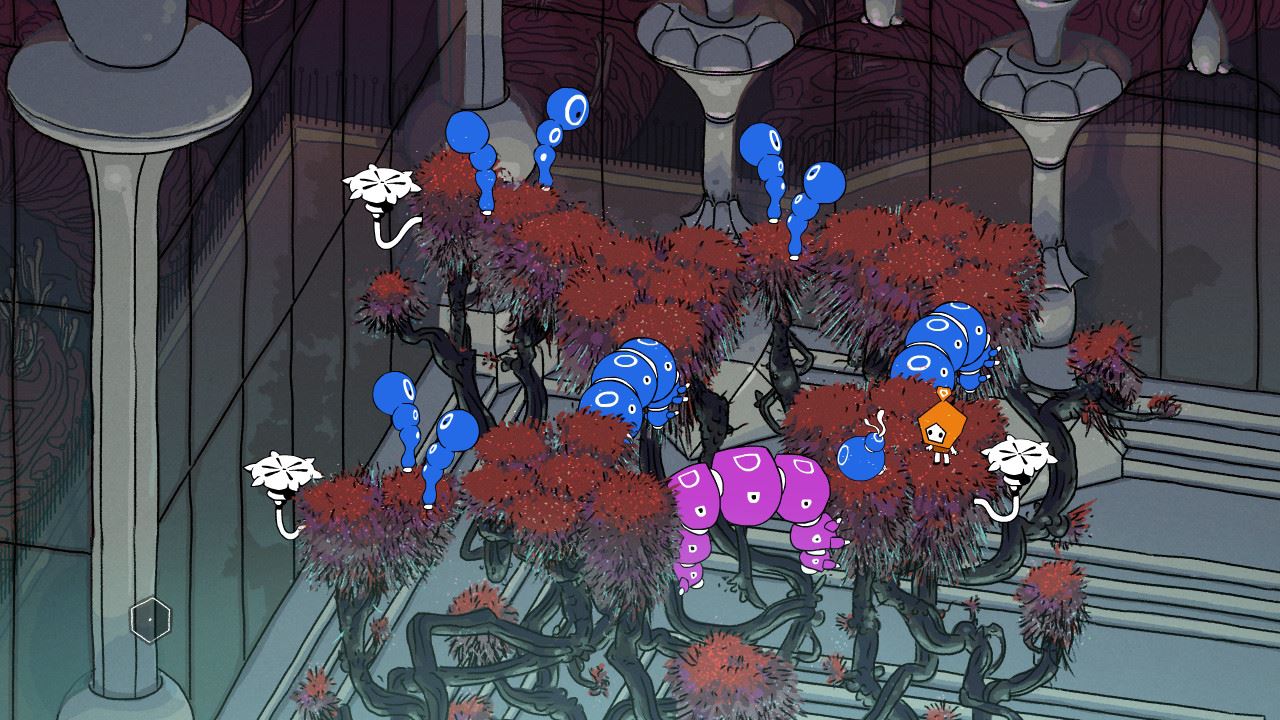 “Dreamlike” best describes the game. The characters are made up of simple shapes (bodies with large heads that are cubes, pyramids, and orbs) that dance around as they navigate the level. When you switch characters, they fall down and go to sleep. The barricades push them back, or beat them away, but never in an overly violent manner. And moving between levels triggers the visual of climbing a large, abstract tree, along with poetic quotes about the enigmatic “she” of the title. 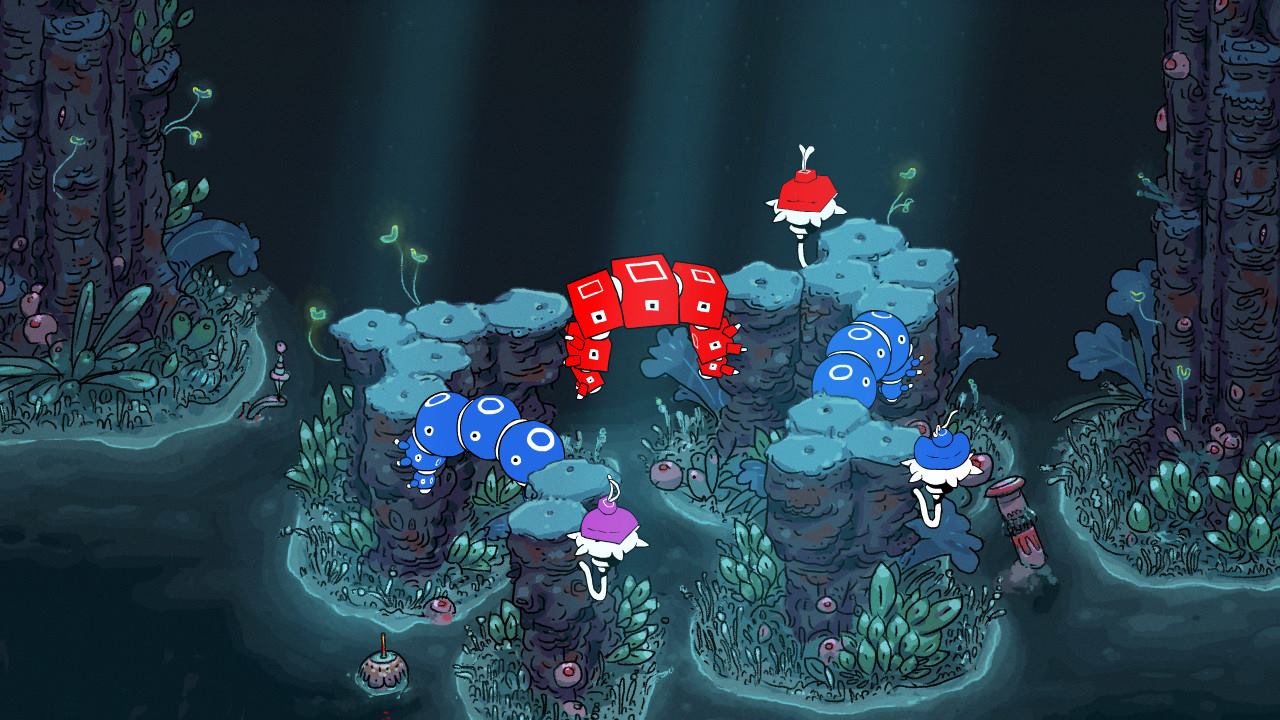 After the stressful-but-enjoyable Almost There: The Platformer, She Remembered Caterpillars was exactly what I needed: a game that’s engaging, requires a great deal of thought, is pleasant to look at and listen to, but has no timers, no need to jump at exactly the right moment, and features no violence beyond being bonked by bridges shaped like, well caterpillars.

The logic behind the puzzles combined with the design of the visuals combine to create a game that is both relaxing to play while demanding your full attention to solve. Challenging without being stressful, She Remembered Caterpillars is an ideal game for shutting out the world and mapping out all the paths to victory.