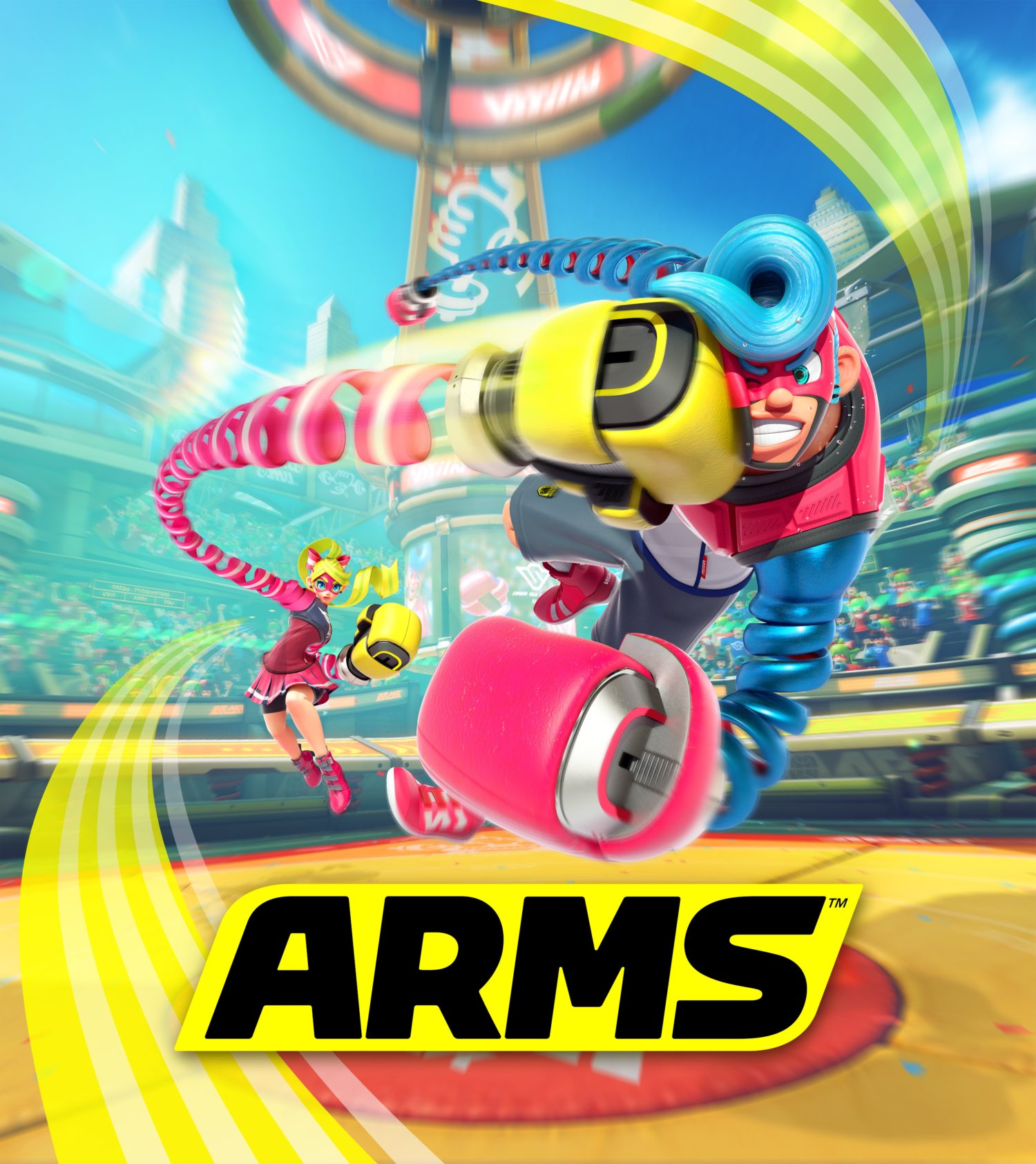 This is part four of our ARMS preview coverage. If you have missed parts one, two, and three, be sure to check out the links and give them a read. For those who have caught up, let’s continue our coverage by taking a closer look at Ninjara and Min Min! 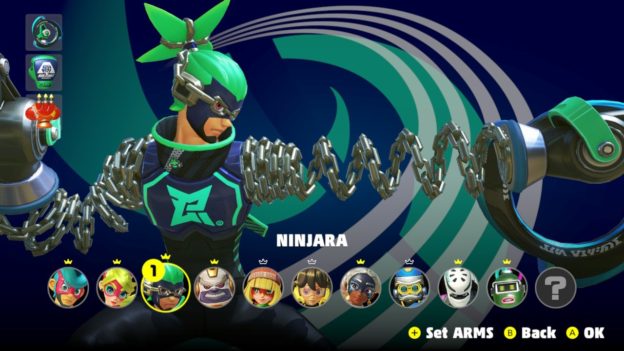 The ninja school graduate is full of tricks.

As a ninja, Ninjara is all about moving quick and disappearing in order to make himself hard to track. You can activate Ninjara’s special ability by pressing the jump button followed by a dash. This will have Ninjara disappear in a puff of smoke for a few moments before he reappears in the direction he would have dashed to. Using this technique and following up with a grab is a great way to catch your enemies off guard and really keep them guessing.

Ninjara’s stage places you at the steps of the ninja college he graduated from, and each match will have you taking turns who starts at the top of the stairs, and who starts at the bottom. There is plenty of nice scenery to take in, but most likely you’ll be too busy laying traps for your opponent to notice. I did initially have some trouble getting used to controlling the ninja grad, but I feel that players who are good at planning ahead will be tough to beat when they’re using him. 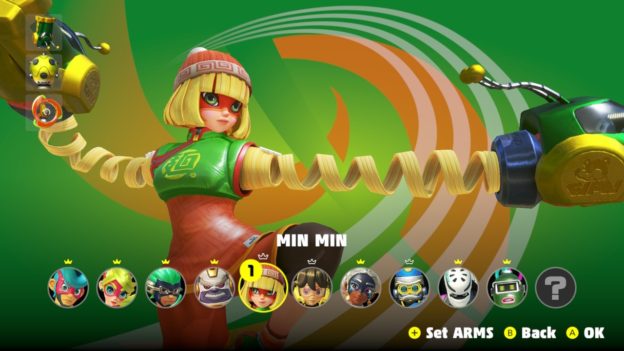 From the Mintendo noodle shop, Min Min harnesses the power of the noodle.

Min Min may not look like it, but her noodley-ARMS pack a serious wallop, and on top of this, her left arm can remain in a powered-up state much longer than any other fighter. That’s not the only other trick up her sleeve though, as dashing backwards lets her kick away any projectiles coming her way, making her tough to hit.

Min Min’s stage is shaped like a giant ramen bowl, and there is a lot of intricate details going on if you can take the time to admire the food trucks and restaurants. You can even ring the giant gong which doesn’t do anything, but it’s a nice touch regardless. Min Min was admittedly difficult for me to use, and I feel this is because she is more suited to be a defensive character rather than taking up the offense. Using her kicks to deflect attacks and letting her left arm power up will allow you to punish any would be attackers with a hefty amount of damage. If that sounds like your kinda style, Min Min should be worth considering.

With just two fighters left, we are almost done with our ARMS preview coverage. Did you try playing as Ninjara or Min Min in the Global Test Punch? Are you more of an offensive or defensive player when it comes to fighting games? Tell me what you think with a comment. Be sure to check back later today as I talk about the final two competitors in the ARMS roster.