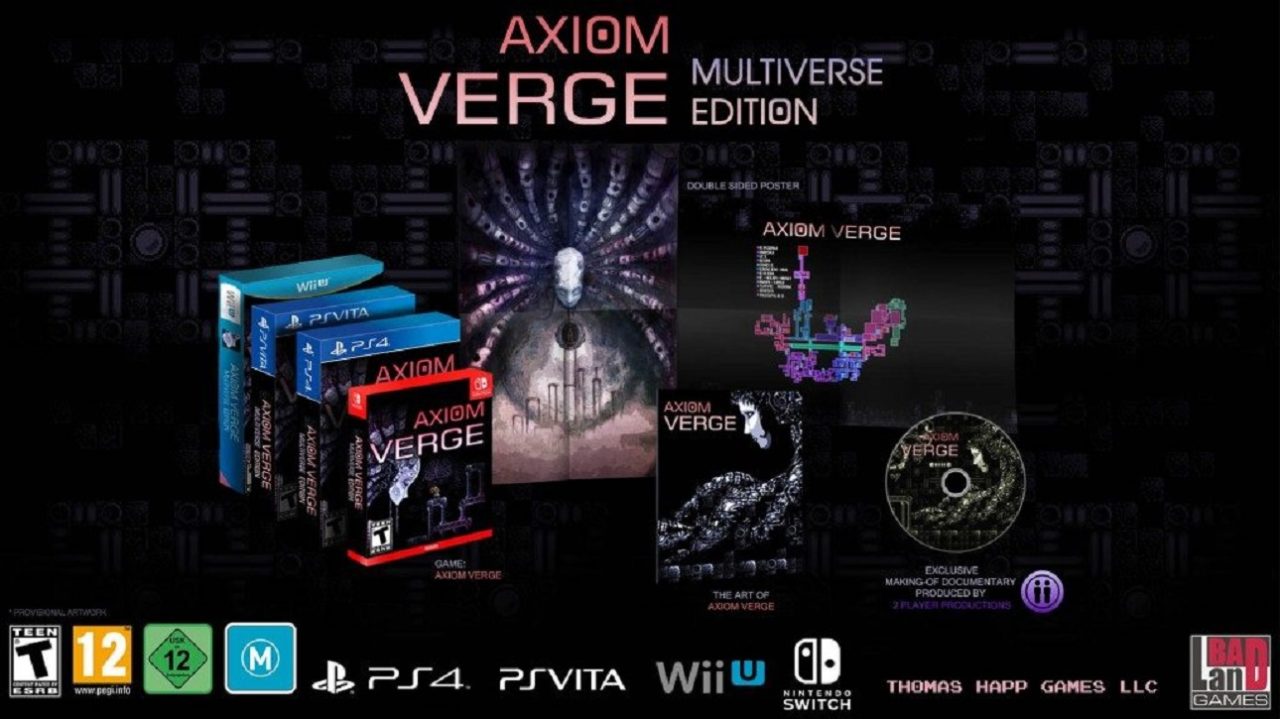 Switch owners will soon have the option of grabbing another digital release in physical form, as Axiom Verge will finally be available at retail stores in North America starting November 21st.

Tom Happ and BadLand Games are bringing two editions – standard and multiverse – to stores, with the Switch version also having a CD soundtrack. Other multiverse bonuses include a documentary Blu-ray, art book, and poster.

An updated release date for European players will be announced soon, along with plans for a physical release on Wii U.

Be sure to check out PN’s reviews of the game on both Wii U and Switch, and let us know if you plan on picking it up by leaving a comment.