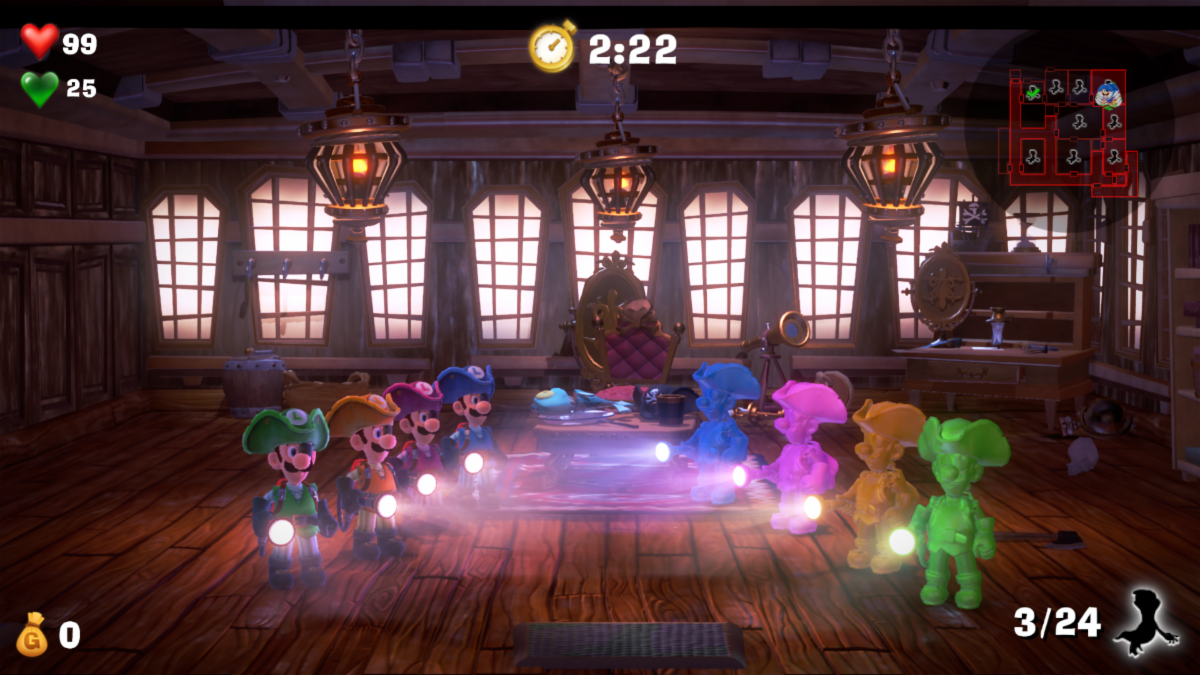 Part two of the Luigi’s Mansion 3 Multiplayer Pack has arrived on the Nintendo Switch. The latest DLC brings new apparitions and additions to the game’s multiplayer modes.

What can you expect to find in this content pack? Well, it includes a whole lot of “new”, from new costumes and floor themes, to new ghosts, and even three new mini-games in the ScareScraper and ScreamPark modes.

The mini-games for ScreamPark mode include:

If costumes are your thing, you’ll want to know what’s on offer here. ScareScraper mode has three new costumes included in this part of the Multiplayer Pack. Firstly, there’s the Amazing Luigi, a magician-type who may or may not have a few tricks up his sleeves. Next, Cap’n Weegee brings his own pirate panache. And finally, there’s the fabled researcher, Paleontoluigist. Even the names themselves are fun to say.

After you’re suitably outfitted, you’ll be prepared to face down the new themed ghosts and floors that randomly appear as you explore ScareScraper mode. New Goob and Brick ghosts are just some of the malicious maze dwellers waiting to throw a wrench in the works.

You can purchase the Luigi’s Mansion 3 Multiplayer Pack DLC – which includes parts 1 and 2 – for $9.99 in the Nintendo Switch eShop. There’s a nice little in-game bonus too: players will receive a Polterpup light called the Flashlight Type-P. This new Polterpup light can be used when playing ScareScraper mode or when playing through the game’s main story.

Are you ready for more fun in Luigi’s Mansion 3? Let us know your thoughts on the DLC in the comments section.