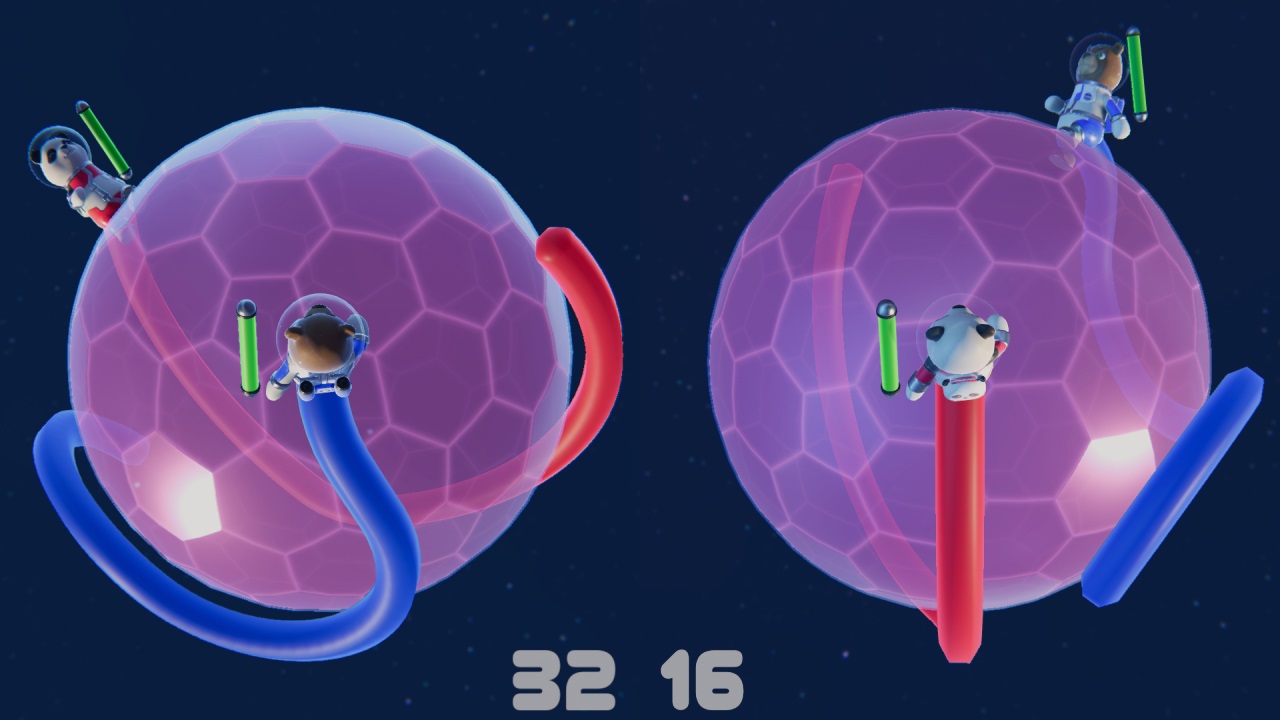 Qubic Games has won me over before with a party title. Gnomz (WiiWare) is a great game that I still play with friends to this day. So I had hopes for their sophomore release on the Nintendo Switch. However, Astro Bears Party winds up just being an average game, and really only for group play. It’s just $4.99 though, so the low price might push you into an impulse buy if you regularly game with friends.

The goal here is to be the last one standing. The perpetually moving bears leave ribbons behind them which are game-ending if touched – think Snake on an old mobile phone. You can hover over the ribbons (with limits), jump, and dash past them. That’s about it. 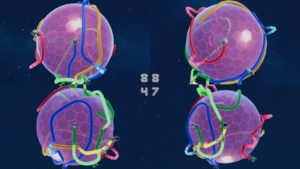 The party mode is the main draw, for up to four players. The greater the number of players, the more likely fun will ensue. There are four bears to pick from, with different stats as far as quickness, turning ability, etc. You can adjust the point threshold for short or longer play sessions.

Sadly, there’s little offered when playing solo. While I do appreciate that the option exists, it feels half-baked. You’re simply playing for a high score. The top score is saved, but there are no online or even local leaderboards. Collecting flying jellyfish isn’t as fun as actually competing. The computer competitors display scores at the end, but where are they during the actual game? Let me truly challenge the CPU!

Despite running around planets, Astro Bears Party isn’t too exciting to look at. Bland-looking backgrounds, dull surfaces, and just generally uninteresting to view. There’s not much to see, and the lack of detail leaves a lifeless vibe.

Solo gamers can pass on Astro Bears Party without much worry. Multiplayer is more of a draw, but this game just feels unfinished. You might be better off spending a bit more to pick up Robonauts instead.

Astro Bears Party winds up just being an average game, and really only for group play.