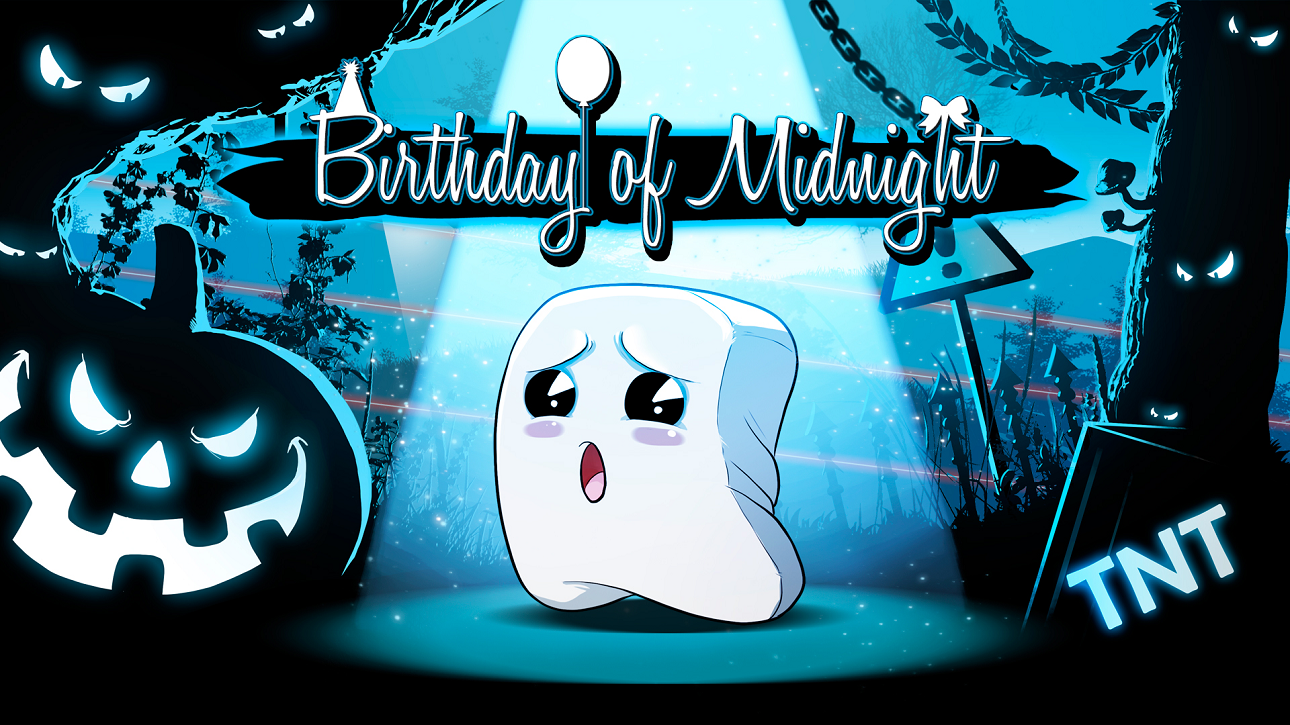 Midnight returns to its golf-like origins in Birthday of Midnight. While 36 Fragments of Midnight was a decent little game that tried something different with platforming, I prefer the physics-based gameplay offered here.

The title made me think this game would be a prequel. Instead, there is an actual birthday party at the start. The story does naught for me (and is so scant it’s unnecessary), but the gameplay remains good. Very familiar, but still good.

Birthday of Midnight doesn’t play markedly different from the game I first played in 2015. It has more levels, a few new hazards, and small touches here and there adding up for more detailed viewing pleasure, but it’s single-screen levels aren’t that far off it’s earlier iterations. I thought Petite Games might have sidelined the three-star setup at this point, but it’s still intact as the de facto replay incentive.

Something that definitely should’ve been sidelined is the 100% linear design. The main menu teases a level select screen (easy, medium, and hard), only to find everything unbeaten still locked! It took me a little under four hours to beat the game (alternating levels with my wife), and at least a third of our time was spent on a single level.

Linear works great in some games, but it never has in the Midnight series and should be ditched. Lest you think I’m harping on a singular opinion, I quote Jemma’s Midnight Deluxe review: “One possible deterrent is the inability to proceed beyond the current level until it’s completed; if you do get stuck, you won’t be able to progress any further through the game.”

A much wiser implementation of the challenge comes via a handful of levels that focus on speed. In these, not getting a hole in one within the first few seconds results in assured failed. They inject some tension into overall relaxing gameplay and appropriately are used sparingly enough to entertain without frustration.

While this series may never be more than what it is now, Birthday of Midnight still brings enjoyable gameplay to the table. It’s a pretty safe sequel that fans will get a few hours of enjoyment out of for a fair price.

While this series may never be more than what it is now, Birthday of Midnight still brings enjoyable gameplay to the table. It’s a pretty safe sequel that fans will get a few hours of enjoyment out of for a fair price.