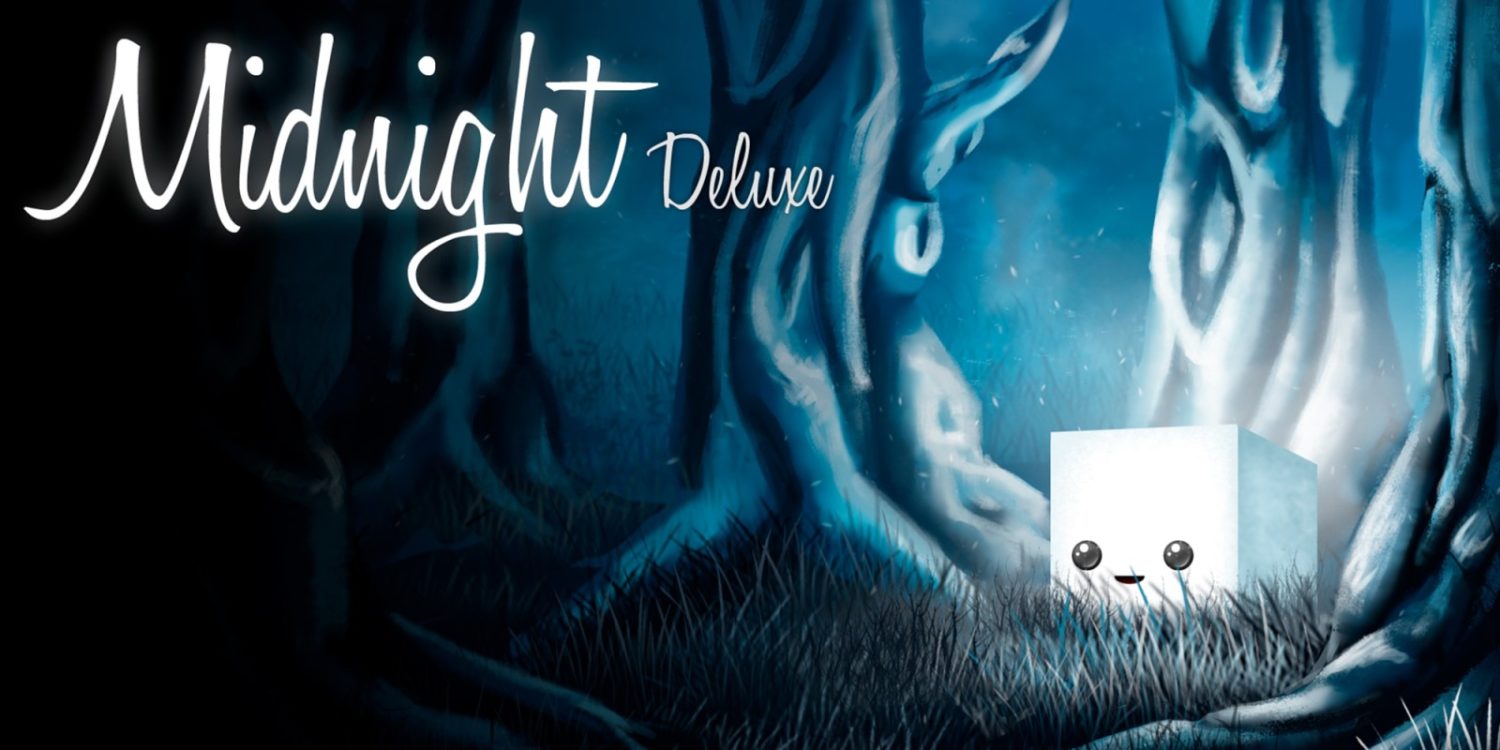 Midnight Deluxe from Ratalaika Games is an interesting little arcade puzzler. The game involves you moving a small white cube named Midnight to the safe zone of each level in the fewest moves possible. In fact, it’s probably best described as a golfing game.

This is not the first such outing for Midnight, with two Wii U versions (here and here), followed by a third game for the Switch that changed the formula slightly. Midnight Deluxe combines those first two Wii U iterations, adding some new content to offer 70 levels to work your way through. 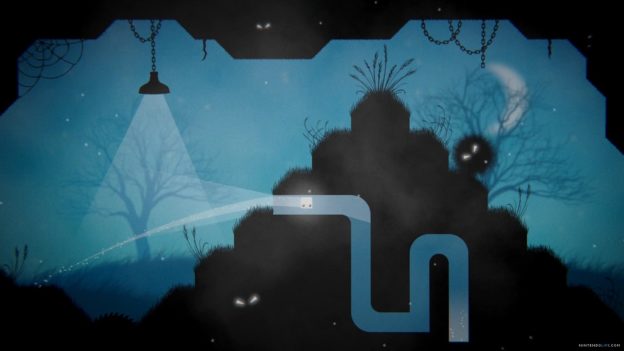 The gameplay is incredibly straightforward, making it easy to pick up and play. Like I said, Midnight Deluxe comes across as a golfing game, as you use the L-stick to aim Midnight before releasing her. You can also use the touch screen while undocked, which feels more intuitive. Along the way, you’ll have to negotiate different terrain, including holes and deadly saws. Sometimes there are switches that need to be hit first in order to open a pathway to the goal. It’s easy, but fun, and levels are short and sweet enough for on-the-go gaming.

Each level has a star rating, determined by the number of moves it takes to find the safe zone, a bit like the par system of golfing. Apart from a sense of achievement, earning more stars doesn’t provide any extra levels or bonuses. 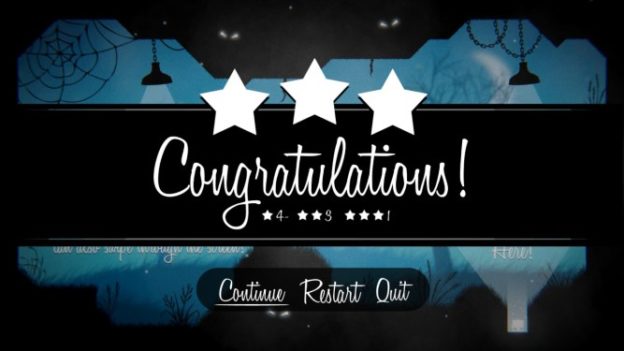 Midnight Deluxe stands out from the crowd with its unique style. It looks quite splendid, with eerie, inky graphics full of nighttime shadows and strange smiling faces. The only real light source is Midnight herself, and the safe zone, which makes them seem destined for each other. The game is designed to be a relaxing puzzle experience, with soothing piano-based music to compliment the subdued graphics. This works well for the most part, although some levels require quick reflexes in order to stay ahead of a deadly object. These levels, while quite fun to play, seem to go against the calming notion of the overall setup.

The game isn’t terribly difficult; there are no lives, so you can replay levels as often as you like until you reach the end or achieve a better rating. One possible deterrent is the inability to proceed beyond the current level until it’s completed; if you do get stuck, you won’t be able to progress any further through the game. 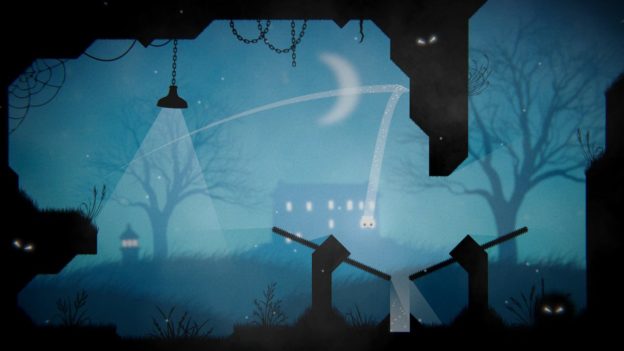 Apart from the 70 levels to play through, there’s not much to keep you coming back for more. There are no leaderboards or alternative modes. You may want to retry levels for a three-star rating, but other than that, the replay value is quite low.

Overall, Midnight Deluxe is a fun little game that suits on-the-go play with its touchscreen controls. If you’ve played the Wii U versions, you may not feel compelled to purchase again, but for anyone new to the series who’s looking for a simple, relaxing puzzler, this game offers a decent amount of content for its small price tag.

Combining the first two Midnight games into one package makes this a much more worthwhile purchase, given its 70 levels. There’s not much else apart from that, but it’s fun while it lasts.