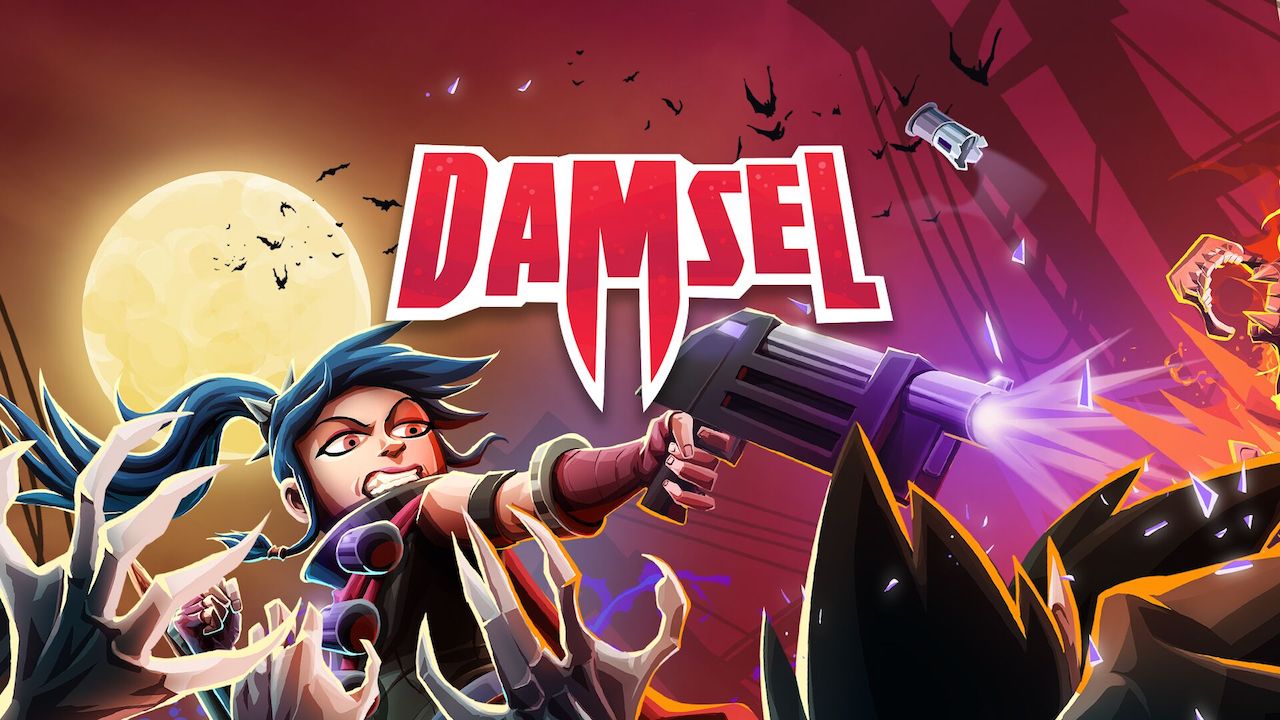 Become a damsel in distress!

Damsel is an attempt to bring vampires into the 2D-fast-action platformer realm, and a dull one at that. I’m absolutely entranced by vampires, and the same can be said for platformers, but that can’t be said for Damsel. 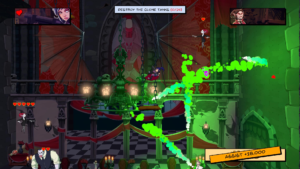 Vampires are awesome, but when there isn’t an intriguing plot line to follow them it just doesn’t work. The game’s plot follows a young woman with vampire hunting aspirations. It’s set in a dark cartoon-y universe where humans and vampires coexist, but it is unstable, to say the least. The vampires work for a company which manufactures ‘Red Mist’ – a vampire drink that satisfies their thirst without the need for human blood. You might be asking yourself, “How is that unstable?”

Well, Damsel learns of a secret tip; the makers of ‘Red Mist’ have a “secret menu” containing drinks with human blood. 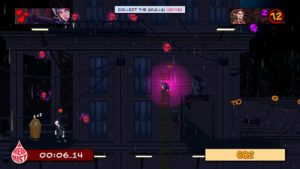 Despite how intriguing this story appears to be, it isn’t given the justice deserved due to its comic-y art style. The comic-like art style resulted in a less-assimilating story. It’s worth mentioning, a comic-book art style isn’t bad, in fact, I recently praised Marvel Ultimate Alliance 3’s comic-y approach. However, when it makes you less-invested in the game, here’s where the problem lies…

This approach does have its advantages though, for instance, performance. The game runs fairly well, with little frame rate issues, in both handheld and docked. Such performance, however, is restricted due to the repetitive gameplay-nature. The game lacks in exhilarating gamemode objectives, which is unfortunate considering the substandard art style/story.

In addition to the campaign, there are a couple of different modes: Damsel Dash, Supply Chain Management, Market Research, and Executive Incentives. Bear in mind though, none of them are enough to spruce up the already dull gameplay; so, the only reason to keep playing is to increase your score on the leaderboards.

Generally, vampires aren’t given the satisfaction they deserve, and Damsel on Nintendo Switch further proves that. Despite providing an interesting premise, the game is held back by its art style & baitful gameplay.

Generally, vampires aren’t given the satisfaction they deserve, and Damsel on Nintendo Switch further proves that. Despite providing an interesting premise, the game is held back by its art style & baitful gameplay.