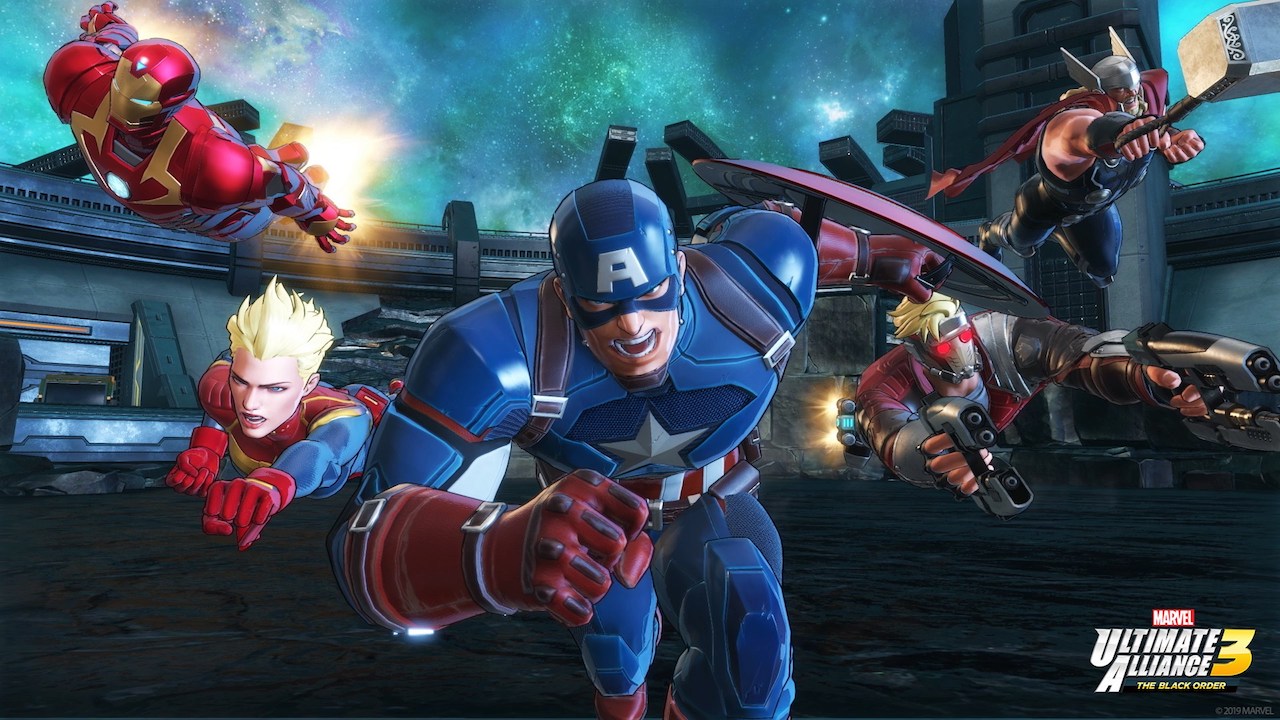 Marvel Ultimate Alliance 3: The Black Order redefines the “button masher” genre with complexity, whilst remaining simplistic enough for the average joe, and is a paradise for Marvel aficionados. After a long hiatus, the series has returned in full-force with the present-day charm of the Marvel universe.

The culture surrounding Marvel has changed dramatically since the series’ original inception, partly due to the recent success of the Marvel Cinematic Universe. As a result, a major refresh was needed for the franchise to remain successful. Such a feat required a lot of work considering all the companies involved, and this ultimately lead to a massive gap between releases. 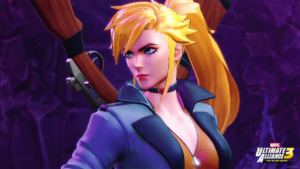 Although Marvel Ultimate Alliance 3 is not perfect, it still delivers on making worthwhile innovations and a compelling experience that makes up for the long-wait.

Whilst plenty of innovations were made, the most note-worthy is Infinity Trials. These introduce many of our favorite elements from other games, such as cosmetic options and unlockables. This allows for a bunch of replay value, and is further extended by the game’s massive roster of both heroes and foes alike. The game has 25+ bosses from the history of both the comics and movies, all of which are vastly different, allowing almost any fight you desire to happen. And if that’s not enough, each Infinity Trial is further differentiated by a variety of enemy modifiers. 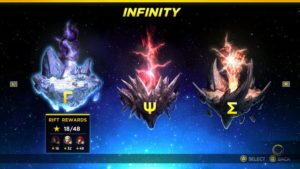 But what if you just want to complete the game and not dive into the technical stuff like Infinity Trials (which would definitely be a disservice)? That is okay too, as Team Ninja / Koei Tecmo / Nintendo made sure to craft an exquisite story. It’s worth mentioning you will enjoy said story more if you are a superhero enthusiast, but all will find enjoyment here. The story is rather interesting as it is not a pure ripoff of the movies or comics, but rather a combination. It takes the Infinity Saga (what made the movies successful) and merges that with all the craziness from the comics. Marvel Ultimate Alliance 3 is all about choice, even in the story, whether you want to punch your way through a level as Iron Fist or slam your Asgardian Hammer into the ground. 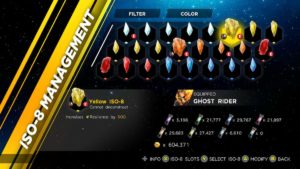 Those who do want to get into the nitty-gritty, though, are in luck. There are a bunch of in-depth systems at work, ranging from: XP Cubes (available in different tiers) to ISO-8 Crystals to Alliance Enhancement. Alliance Enhancement allows you to further improve the stats of your entire squad—and oh man, there are a bunch of options. It will take you a couple dozen hours to get them all. ISO-8 Crystals are a unique item earned through gameplay that can alter certain stats of your individual character rather than an entire squad. Unlike Alliance Enhancement, these stats are constructed with an individual hero in mind. Perhaps the least interesting of the systems, but most convenient of them, are the XP Cubes. Whilst they might not add any special buffs to your character, they will level them up which will come in handy when you are playing with a friend and want to fast-level a hero. 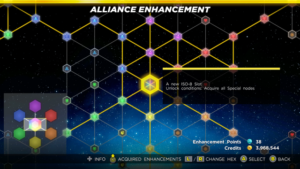 Overall, Marvel Ultimate Alliance 3 is a meticulously devised product, but don’t let that fool you from its few flaws: a miniscule amount of alternative costumes, unintuitive synergy attacks, and camera controls.

Whilst it is awe-inspiring that costumes were implemented, as it allows further personalization, I can’t help but feel there should’ve been at least one more for each character. It’s worth mentioning that Nintendo plans to fix this by adding additional costumes for the base-game roster in future updates, but it’s still a bummer nonetheless. 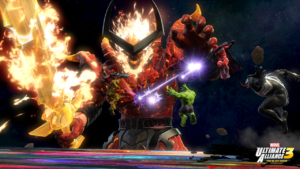 Synergy attacks are another extraordinary feature, but they lack attention to detail. Whilst they allow for more attack combinations (which helps make the game feel less stale), the control inputs for such are not user-friendly. And considering the frequent requirement for synergy attacks to be utilized, there were countless situations where I spent several minutes trying to ace a synergy attack. Luckily, there is an extensive tutorial section to help ease this issue for players in the long haul, but that isn’t friendly for those playing short-term.

The camera is manageable—especially in single player—but it would’ve been neat if it were less of a nuisance when playing co-op. Don’t let that be a hindrance when deciding to play cooperatively, however. I played co-op with my sister for a few hours, and it was a blast! The vast amount of Marvel fanfare included makes the camera issues in co-op feel worthwhile. 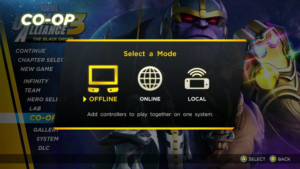 It is important any fanfare is visually pleasing, and luckily, it is. Marvel Ultimate Alliance 3 takes advantage of a comic-book cell-shaded art style, and it’s absolutely gorgeous! The vibrant colors truly bring out each hero’s inner-personality. Whilst some people wanted it to take a realistic open-world approach, I believe that would’ve been a mistake; it would’ve been far too risky in terms of graphical glitches which would deduct from the charm that is Marvel. Taking this comic-y approach also allowed for better performance; I’ve yet to encounter any game-breaking performance issues or anything uncompelling frame-rate-wise. 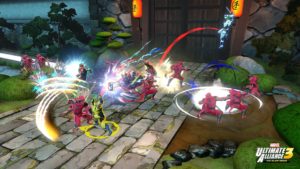 Altogether, Marvel Ultimate Alliance 3 innovates upon the original titles, creating the first fully-rounded Ultimate Alliance title. The depth provided is welcomed, even if it did leave less time to polish synergy attacks and the camera controls. Whether you are looking for a Marvel game or just want a fully-fledged RPG, there is fun to be had with Ultimate Alliance 3.

Altogether, Marvel Ultimate Alliance 3 innovates upon the original titles, creating the first fully-rounded Ultimate Alliance title. The depth provided is welcomed, even if it did leave less time to polish synergy attacks and the camera controls. Whether you are looking for a Marvel game or just want a fully-fledged RPG, there is fun to be had with Ultimate Alliance 3.