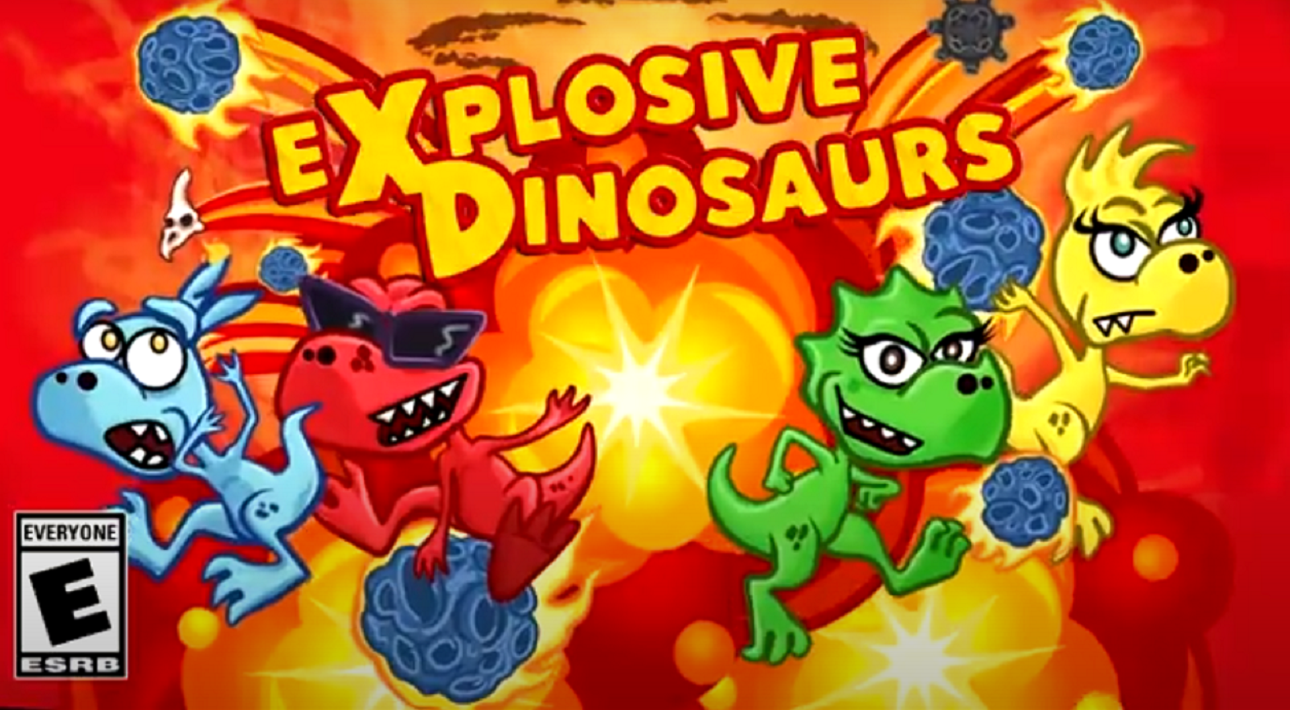 A great party game isn’t as easy to find as you might think, but Explosive Dinosaurs almost manages to pull it off. It offers 40-plus arcade-style minigames, and more often than not, they are decent. But four players are undoubtedly the focus here, so your ultimate enjoyment will boil down to how many want to game with you.

I’ve reviewed some party games on Nintendo Switch that missed the mark, such as Marooners and Petoons Party. Explosive Dinosaurs trumps these in many ways. It’s higher quality, more polished, and priced appropriately. Most importantly, it has a larger number of entertaining minigames.

That said, an expansion would better serve some of these minigames. Perhaps a ‘best three out of five’ structure. Many are too short (almost like microgames) and too slow to hop right back into thanks to little loads that add up. While some duds are expected in a collection like this, there’s also a bit of recycling in places. For example, four minigames are just labyrinth variations. Still, there’s enough here to satisfy, and most are familiar enough that you can jump right in. Practicing is available, as well.

Where Explosive Dinosaurs seriously misses an opportunity is allowing you to play against AI opponents. As I’m still respecting shelter-in-place restrictions, I was only able to compete against my wife. Having additional AI would allow us to cooperate before eventually turning on each other. I can understand no online play for the low price, but no AI? This oversight does narrow the potential audience, especially as this game has no gameboards.

Now, as a solo player, you can master each minigame, even earning medals on some. It’s enjoyable enough for a little while, but it doesn’t last; here is where a board or two could’ve helped. There’s also a “Crazy Arcade” mode where you try to get through 20 random minigames with a single life. It’s about as much fun as it sounds, i.e., it’s not. Again, Explosive Dinosaurs cares about four players.

The dinosaurs won’t wow you to look at, but they’re colorful. The inclusion of memes is more confusing than smile-inducing, though. It’s a wasted visual effort that could’ve been put into AI. These memes seem to show up at random, so at least they aren’t overdone.

If you’re a family with younger kids, Explosive Dinosaurs isn’t a poor choice. It offers some fun, albeit shallow, minigames. But a few omissions prevent this from being a must-have title.

If you’re a family with younger kids, Explosive Dinosaurs isn’t a poor choice. It offers some fun, albeit shallow, minigames. But a few omissions prevent this from being a must-have title.