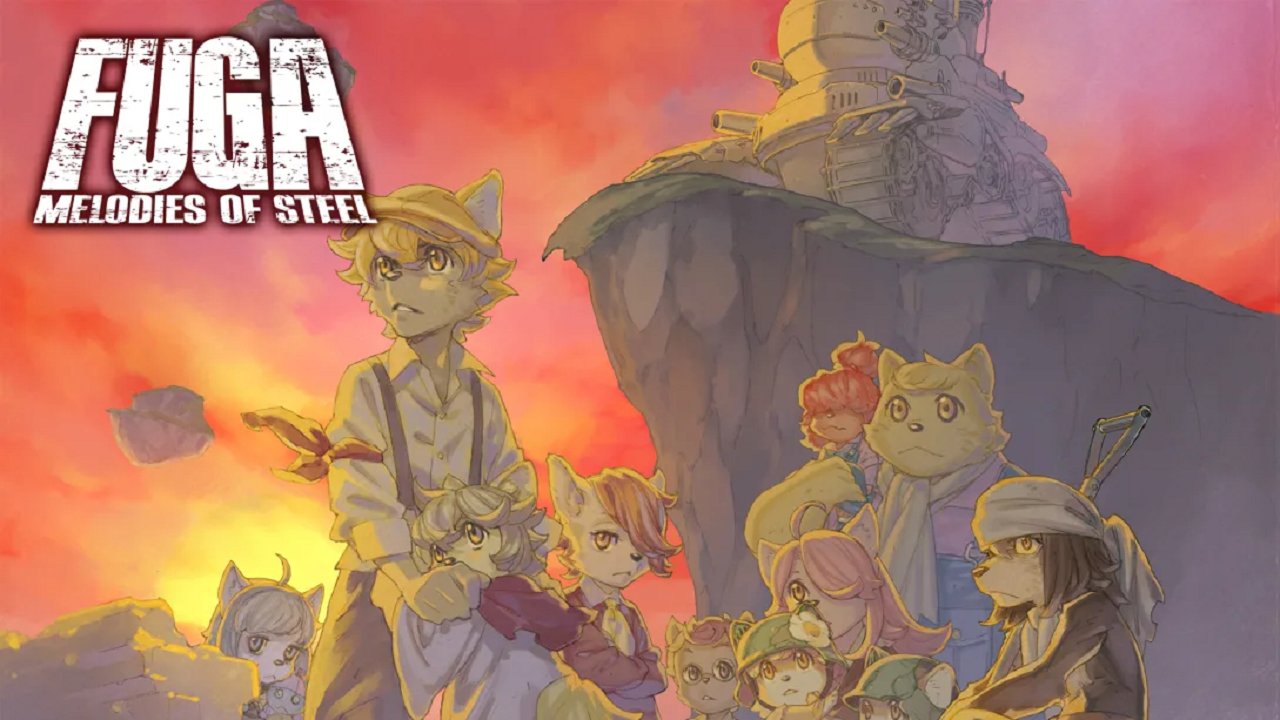 What do you get crossing the war aspect and steampunk aesthetic of Valkyria Chronicles, the downtime and anthro cat and dog characters of Animal Crossing, and the plot of the movie “Jimmy Neutron: Boy Genius”? You pretty much get Fuga: Melodies of Steel! The children of the sweet, peaceful village of Petit Mona were thrown into chaos when the dreaded fascist Berman Empire attacked and stole the grown-ups. Upon finding a tank called The Taranis, the six children board, picking up more along the way, and begin their journey to save their family!

The bulk of the gameplay in Fuga: Melodies of Steel is turn-based battles against the Berman army in waves and boss battles at the end of each chapter. Each child has their own specialty when reaching ‘hero mode’ after fighting for a while and having a task fulfilled beforehand. There are three different weapons the kids specialize in: Cannons, Machine Guns, and Grenade Launchers. Between battles, you can collect treasures to upgrade your tank, health, special attack refills, and have an intermission break. During intermissions, you can chat with the kids to strengthen your bonds to increase your special link attack with them. You can also upgrade stuff and fulfill tasks the kids want to do, like cooking, farming, and laundry. Cutscenes happen as you feel the childrens’ fear and moral dilemma in attacking other people.

Both the visuals and music are fantastic in Fuga: Melodies of Steel! Although not having English voice acting, the Japanese voice acting I picked to listen to while playing was very expressive, well done, and entertaining. All the kids have their own charm, personality, and interactions with each other during link events as their bond with each other grows. The only ones I didn’t care much about (because I didn’t find them that interesting) were Boron and Socks. One is the stereotypical overweight food-lover, while the other is the nerd character.

One thing about this game that I found interesting was the deadly weapon you have in your arsenal, the dreaded Soul Cannon. This weapon can wipe out an enemy using the life of one of the children. It hasn’t been used in my playthrough so far, except for the beginning when they show you how it works only to promptly undo the death. There was one boss that made me close to using it, but I changed my strategy enough to beat him without losing one of the kids.

Overall, Fuga: Melodies of Steel is a charming, beautiful, and challenging game that shows just how determined a child can be in the face of seemingly impossible odds. The love these children have for their parents is truly unstoppable. The game’s priced at $39.99, and I’d highly recommend it if you’re interested in turn-based RPGs, fantasy settings, and anything else mentioned in this review.

Overall, Fuga: Melodies of Steel is a charming, beautiful, and challenging game that shows just how determined a child can be in the face of seemingly impossible odds. The love these children have for their parents is truly unstoppable.