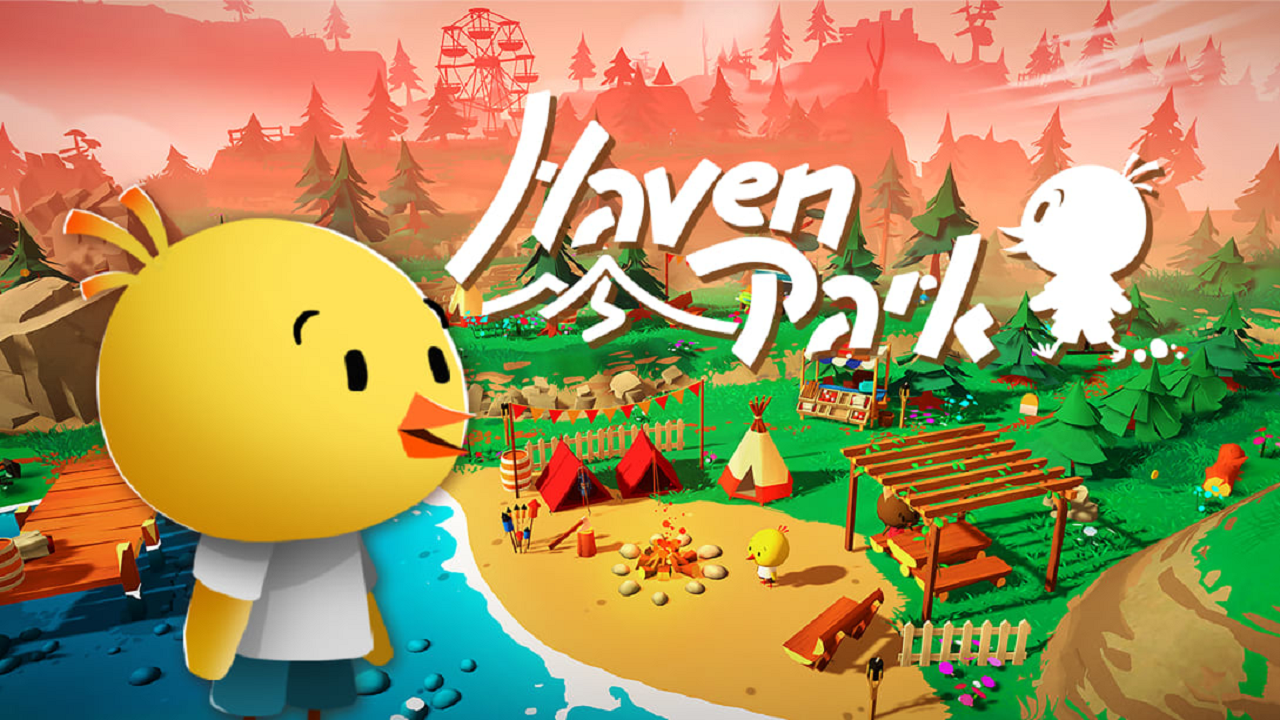 To give credit where credit’s due, Haven Park makes no secret of its inspiration sources. It cites both A Short Hike (one of my favorites) and Animal Crossing. Haven Park gamely invites comparisons, but the results are decidedly mixed.

The plot here has you playing as a young bird (Flint) visiting your relative who works at a park. Sound familiar? Gameplay similarities are one thing, but this story opening left a sour taste in my mouth early from lack of originality. It was clear that Haven Park was splitting the “inspired by” claim mighty thin. But before we get into the efforts at copying A Short Hike, let’s discuss a bit of Animal Crossing, specifically Pocket Camp.

As PNM readers may recall, Pocket Camp was a brief distraction, at best, for me. Thankfully Haven Park flows a bit better. The camper requests make sense here, not limited to mere whims. Do you prefer a tent rather than sleeping on the ground? Of course!

Still, building campsites soon felt closer to work than enjoyment. This limited satisfaction meant I was slower to check off my list, meaning campers arrived at a slower pace. In the end, I found many of their requests made the smaller sites feel cramped. Nor did I find them especially memorable, as many had little of interest to discuss.

That said, it was the comparisons to A Short Hike that first drew me to Haven Park. However, it’s like comparing a National Park to a school playground. The park itself didn’t make much of a wowing impact on me. That statement conveys little if I don’t explain it. What I mean is, A Short Hike is loaded with personality, from its residents to the park itself. Most of Haven Park feels generic, with inviting but basic scenery.

A key feature of Haven Park is playing “at your own pace.” But, at least early on, constant pop-up reminders actively worked against this approach. While it’s admirable not wanting people to get lost, don’t do so in a way that discourages leisurely strolling. I don’t need to consult my in-game notebook every few seconds if I only want to explore!

The game can still be relaxing, don’t get me wrong. But it’s a relaxation that soon veers into repetition and boredom. Flint isn’t exactly the poster child for an agile bird, something you’ll quickly discover meandering around the park. Skills can be unlocked, including improved jumping and movement, but even this feature seems iffy. For instance, improved night vision probably should have been a default setting. And where is the soundtrack? Environmental effects alone aren’t cutting it. Do you recall how much the great music in A Short Hike made a positive contribution?

If you haven’t played A Short Hike yet, you might get into Haven Park for a little bit. But it’s a game that seriously needs more original ideas and better implementation of ideas in general.

If you haven’t played A Short Hike yet, you might get into Haven Park for a little bit. But it’s a game that seriously needs more original ideas and better implementation of ideas in general.