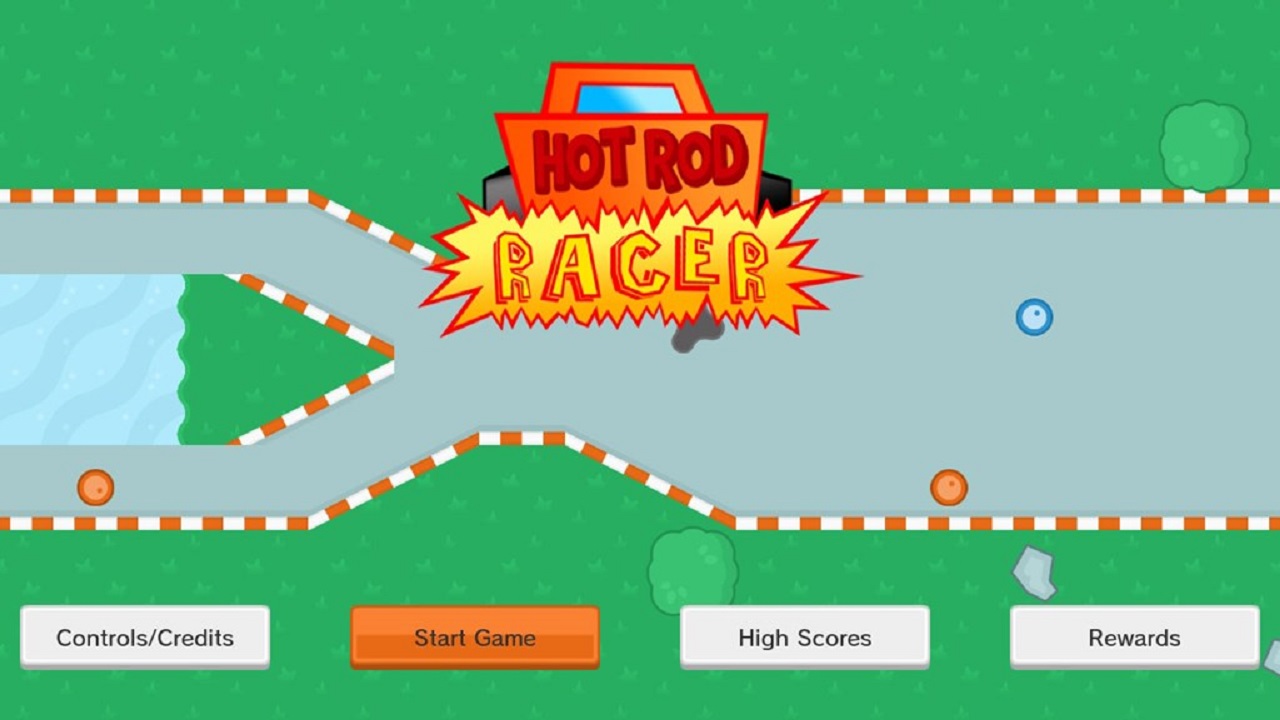 This arcade style racer plays like an endless runner on wheels. Hot Rod Racer separates itself from some of its other budget contemporaries through a few welcomed features. When all is said and done however, this game (though not bad) needs some work.

You’re given a choice between driving a car or a bike. The car is slower, but can destroy most obstacles with missiles. The bike lacks firepower, but is faster. Eventually you’ll earn upgrades – I found the bike enhanced with even more speed to be my favorite. 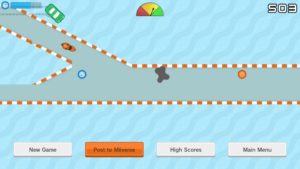 The game employs a fuel gauge, so you’ll need to do more than simply avoid hazards. Curiously the oil slicks actually give you a bump in fuel, rather than making your vehicle slow down or spin out. I discovered this by accident, and it’s definitely atypical.

Hot Rod Racer has Miiverse integration, and you’re rewarded with unlockable Miiverse stamps. There are also online leaderboards, although annoyingly the game often seems to forget your initials. Still, additions such as these show some care, and give the game more replayability. 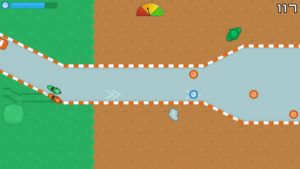 Unfortunately Hot Rod Racer is a cheap looking game. ZeNfA Productions prior Wii U release had a certain sense of style, but this is a pretty bad sophomore effort, visually speaking. Changing the color of your vehicle doesn’t make up for the weak environments and often haphazard layouts. The game also suffers from consistent, albeit brief, stutter despite promising “60 FPS Gameplay.” Thankfully the music is quite catchy. It might be my favorite part, reminding me of old NES chiptunes. I’d like the option to pick a specific track. 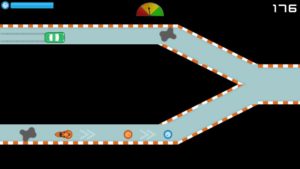 The dev has updates for the game planned. One is adding an optional health bar, which will eliminate the frustration of one and done hits. This is a smart move, and will actually better reflect the arcade spirit this game is trying to channel. It’s a shame it wasn’t included at the outset. There’s something to be said for releasing finished products, but it’s hard for me to fault an indie dev trying to improve their releases. 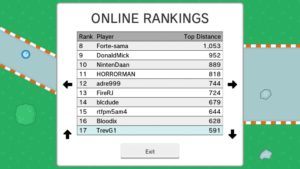 Hot Rod Racer is an okay game. Once I get playing it, there is a measure of addictiveness. The problem is the game drawing me in to begin playing. Its cheap looks, haphazard layouts, and one hit kills are turn offs. At just $2.99 though, these are slightly more tolerable. Hopefully the update will come soon, and maybe I’ll see your initials on the leaderboards. Don’t look for mine near the top though – I suffer too many  head-on collisions.