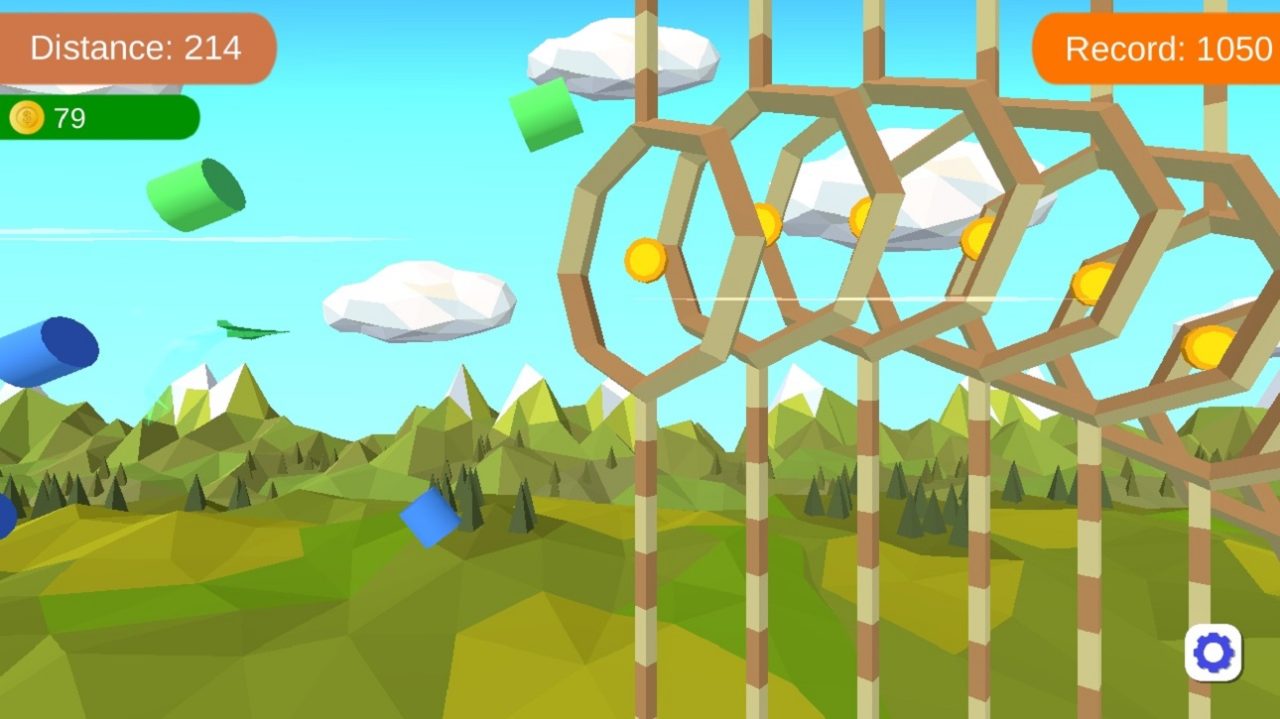 Just Glide is an endless runner, or in this case, flyer. You control a paper airplane, seeing how far you can travel. It’s a cheap game at just over a dollar, but it’s especially bare bones. It feels out of place on the Nintendo Switch.

If games like this are to work on consoles in 2020, the modus operandi needs to be fleshed out. But you won’t find that here. There are no online leaderboards or even local ones, just a single top record saved. You can’t race a friend as it’s a single-player only game. Missions, such as gliding for a certain distance, or collecting a set amount of coins are absent. There isn’t even any music, just sound!

The low-poly visuals look… alright. The background changes mildly to reflect the time of day, but it does so randomly without player input. Indistinct colored blobs don’t offer much, but the floating islands – to shield from occasional rain – offer a bit of variety. When passing by these, I noticed the hit detection seemed iffy at times. I’d swear I’d brush one only to continue unscathed. Other times I seemed well clear only to get the losing sound effect.

The coins collected during your flights go towards purchasing different colored planes. That is all. They offer no change in the gameplay, which is a definite missed opportunity for Just Glide to inject some more entertainment.

Just Glide does nothing to stand out from the crowd, unfortunately. It feels like a game that’s five years too late. Download the free version on mobile if you’re curious, as that is the much more appropriate platform for such a meager offering.

Are you looking for some inexpensive alternatives that are more well-rounded? Jumping Joe & Friends offers endless jumping for up to four, with multiple bonuses and modes. Meanwhile, Scrap takes the runner formula and puts it in a platformer proper.

Just Glide does nothing to stand out from the crowd, unfortunately. It feels like a game that’s five years too late. Download the free version on mobile if you’re curious, as that is the much more appropriate platform for such a meager offering.