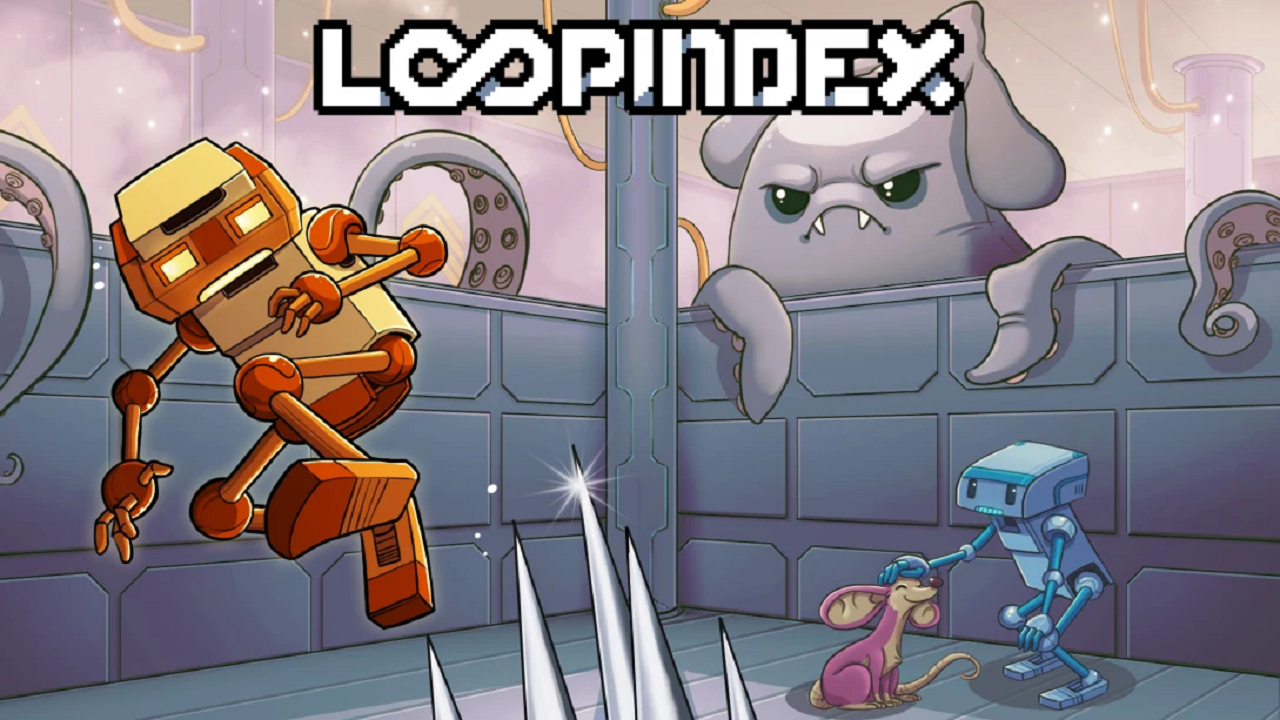 Loopindex is a cooperative title where you find yourself in control of a pair of robots. It’s not to be confused with Twin Robots: Ultimate Edition, also published by Rataliaka, or Pitfall Planet, another robot duo game on Switch. Yes, this theme no longer feels unique to me. Odds are you’ve played something with similar mechanics over the years, robots or not. How does this budget indie entry fare? Sadly, these robots are more likely to head to the scrap heap than your eShop wishlist.

It is an easy game to grasp, though, which is something in Loopindex’s favor. I also like the application of critters to give the often routine puzzles some life; they almost act as an inventory item. The option to map the controls is especially thoughtful for a game that involves controlling two characters. That said, I genuinely feel Loopindex is a co-op-only game when all’s said and done. You can play solo, but I can’t envision myself having fun with this approach. 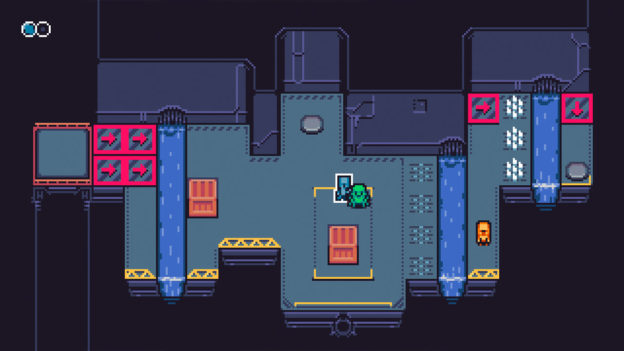 The gameplay in Loopindex takes the 100% linear approach. I think it could’ve given more freedom if new techniques had been introduced at a better rate. You’ll go from several quick-moving, similar levels in a row to suddenly having new techniques brought in at every other level that may trip you up initially. Getting your robot in an immovable spot is always annoying, though quick resets help.

Loopindex isn’t much to look at, which is a bit of a bummer. I’m all for “virtual lands,” but this one is on the dull side. The familiar-looking levels surprised me because the developer’s previous game, Mekabolt, was varied and colorful, with good pixel art. Thankfully, the music is pretty awesome, though you’ll need to crank it to max volume and drop the default sound effects option. 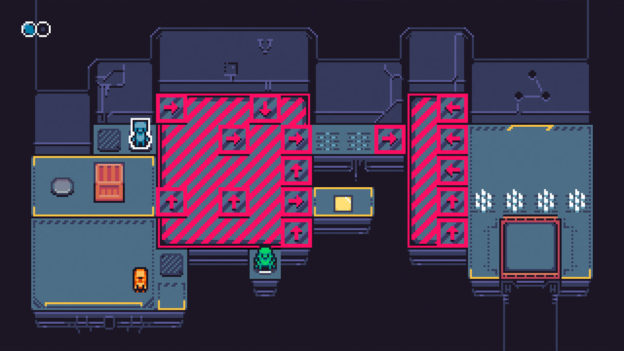 Despite familiar gameplay (much button-pushing to open new paths) and underwhelming visuals, my wife and I had some moments of fun playing through the single-screen levels. Even with some weak hit detection, there were some clever ideas. The fun stopped when the screen froze after the boss on level 48, making the last third of the game inaccessible. With so many titles on the Switch, a release rarely gets a second chance to make a first impression. I might attempt replaying a regular level solo, but I’ve no interest in working through a boss without guarantees of avoiding the glitch.

Loopindex, while not bad through and through, simply feels rough around the edges. Throw in a potential game-ending bug, and this is a small virtual world I won’t be returning to any time soon.

Loopindex, while not bad through and through, simply feels rough around the edges. Throw in a potential game-ending bug, and this is a small virtual world I won’t be returning to any time soon.