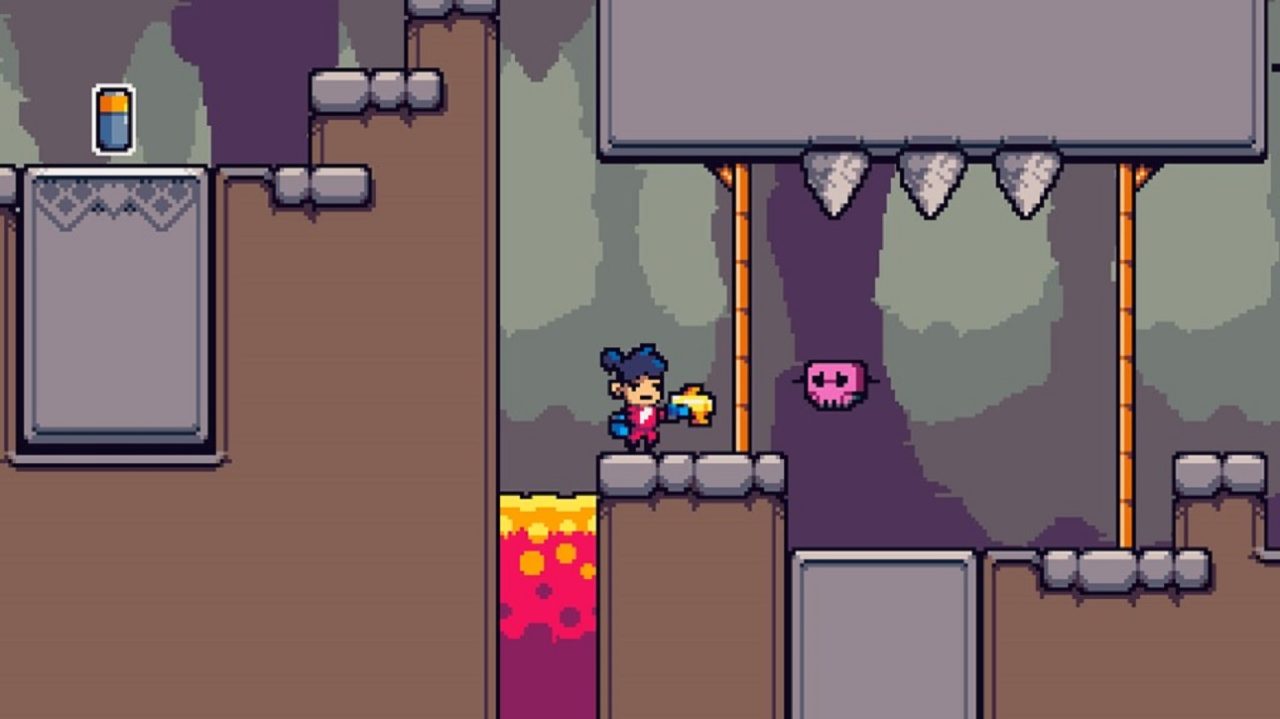 Mekabolt is the name of your weapon (not the title character who’s nameless) and it’s a gun that gets plenty of action in an adventure theme park overrun by out-of-control robots. This puzzle-platformer places you in a technician role, out to collect the “Ultra Batteries” that will return the bots to their gentle, helpful status. Besides the robotic threats, you’ll also need to look out for such things as easy-to-miss spikes that pop up from the ground, parts of the ceiling that will crush you, exposed flames, bubbling lava, lasers, bombs… what kind of park is this?!? 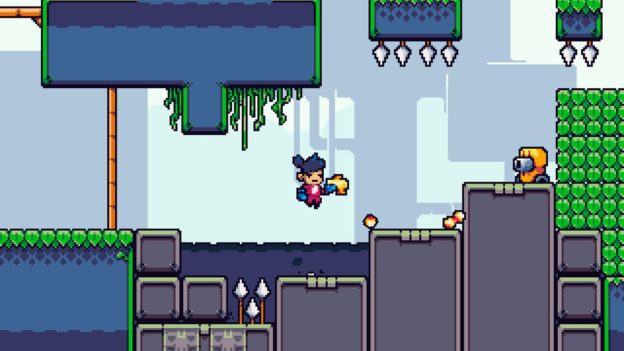 While it sounds really dangerous, the E-rated Mekabolt is actually rather easy. While I would’ve liked the option for more challenge, I still had fun with this game that gave off Mega Man-lite vibes. You need to maneuver the various robots to your advantage. It can be as simple as firing a deactivating shot and then pushing the robot to use as a platform – your jump is fairly weak. Other times you might want to stand between a fireball-spitting robot and some vegetation (in the jungle area) so that the bot will burn the blockage. Eventually, you’ll encounter robots at the command center that will let you warp locations. You can tell thought was put into the enemy placement, and each unique bot manages to display a touch of personality. 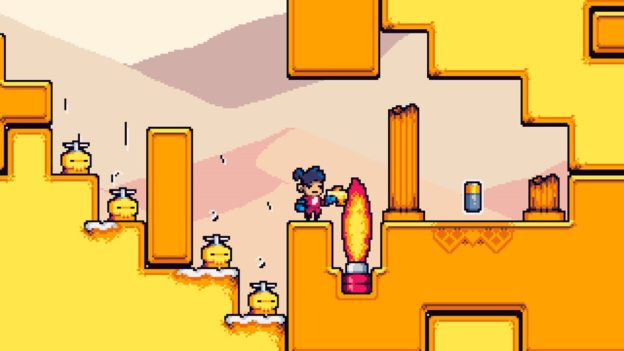 The game is nice and bright, with charming pixel art. I like the way the technician bounces in place and kicks up dust while moving. Little touches like these give the animated sprite some energy. Each area has its own accompanying music track, so when you move from the desert to the caves you’ll have a new tune to enjoy. The dBXY team redeems itself from the annoying Bouncy Bullets soundtrack and returns to the pleasing success seen in prior games like Twin Robots: Ultimate Edition and Tetra’s Escape. 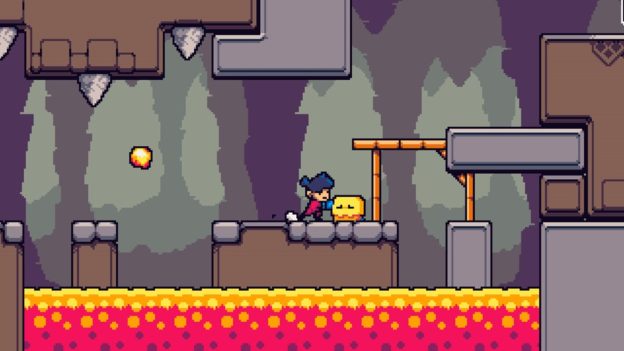 Earlier I mentioned that Mekabolt is rather easy. While that is okay, the game’s length… not so much. This is another 90-minute affair à la Gravity Duck. Replay incentives, like finding a hidden battery in each level, achievements, or trophies, are sadly nonexistent. What gives Mekabolt an edge on Gravity Duck (also worked on by Somepx), besides the varied soundtrack, is that it’s not 100% linear. After beating half the levels in an area, a new one opens up. 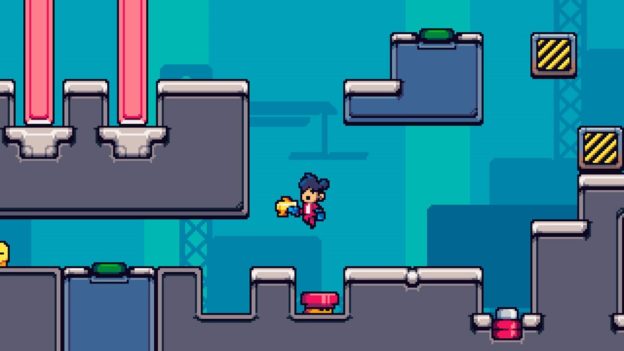 Mekabolt is quite an enjoyable little game. Yes, it’s simple, but there’s no shame in simple if a game is fun. I just can’t ignore the short length and lack of replay incentive, though. Hopefully, a feedback-shaped sequel can let Mekabolt become fully realized. Meanwhile, you’ll have to decide if $4.99 is worth it for 90 minutes of entertainment on your Nintendo Switch.

Mekabolt is quite an enjoyable little game. Yes, it’s simple, but there’s no shame in simple if a game is fun. I just can’t ignore the short length and lack of replay incentive, though. Hopefully, a feedback-shaped sequel can let Mekabolt become fully realized. Meanwhile, you’ll have to decide if $4.99 is worth it for 90 minutes of entertainment on your Nintendo Switch.