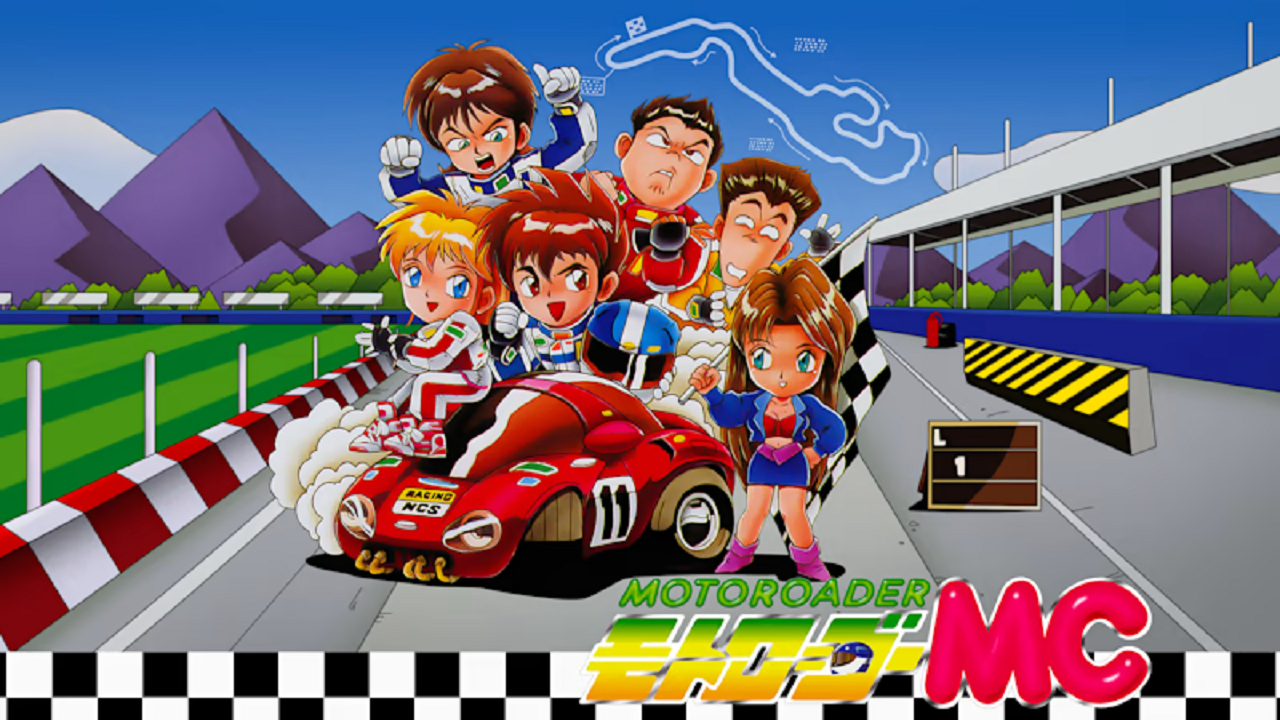 I’m all for PC Engine revivals and the nostalgia they bring, but Moto Roader MC is not a good retro game. Unless you can get a group of four or five friends to play locally (no online), you’ll tire of this “classic” quickly. The lack of quality updates makes its annoyances stand out even more.

While I played the original on TG-16, this one adopts a Super Sprint overhead style. Sadly, it does not have the latter’s customization system. Thus, Moto Roader MC feels pretty shallow. There’s much this game doesn’t have, including options you’d expect for a revival 30 years later.

The number of laps can’t be adjusted. There are no difficulty settings or a training mode for practice. Online leaderboards aren’t present as a replay incentive. Weapons can’t be disabled, and other modes can’t be adjusted for solo play against the computer. 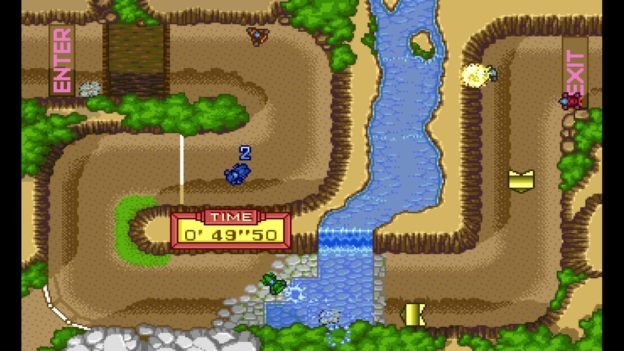 The time trial mode is such a glitchy afterthought it deserves its own paragraph. Once you pick a course, the game repeats it indefinitely. The only way to escape and try a different one is to close the game, restart it, and select time trial again. Quirky? No, it’s just plain awful! It’s embarrassing to see this broken implementation, reflective of a real lack of care.

Had the core game been more solid, some of these issues could’ve been overlooked. But the races feel like the developers imagined how bumper cars might react without ever actually driving one themselves. Off the wall, literally! The one option they do have that I rather appreciated is turning collision off. Just make sure you do it every time, as none of your selections get saved. 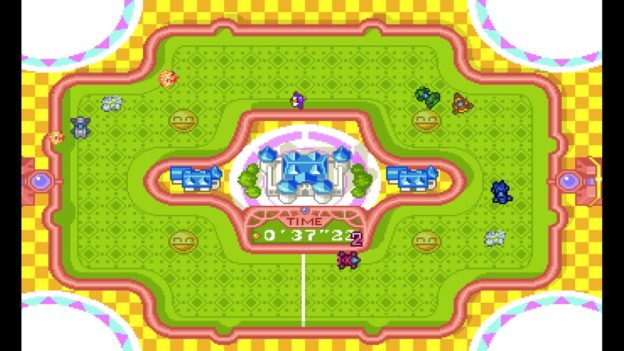 At least the music is good (this was a Turbo CD game). But there’s no way to mute the sound effects. Nor is there a music test option that many other Turbo CD games had.

There’s a fair number of short tracks, and the styles of the cars have some charm. Again, if I could get four or five (retro-minded) friends safely in a room, I could see myself having a smidge of fun before we inevitably moved on to something better. But Moto Roader MC is as annoying to write about as it is to play. If I weren’t reviewing the game, I would’ve stopped after the first 15 minutes.

Moto Roader MC is a poor title. With little in the way of quality updates or polish, this game should’ve stayed a 30-year relic. Even at its budget price, I’d skip this sloppy update.

If you’re looking for a racer with short tracks but actual high-quality options, try Mini Motor Racing X. Or how about a Ratalaika-published update that’s worth it for real? Gleylancer is another game from 1992, but it’s great!

Moto Roader MC is a poor title. With little in the way of quality updates or polish, this game should’ve stayed a 30-year relic. Even at its budget price, I’d skip this sloppy update.