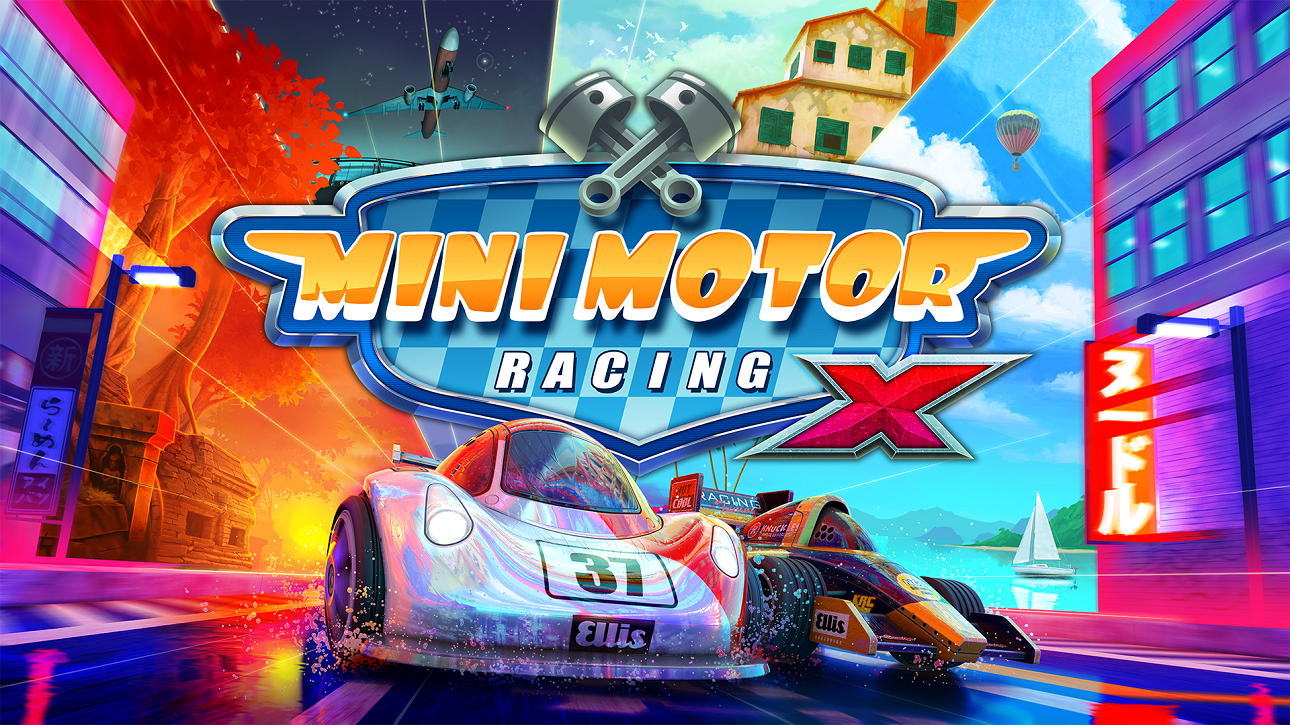 For a game whose press code arrived unsolicited in my spam folder, Mini Motor Racing X is better than I expected. This “high-octane racing action” will keep me busy for a while.

Mini Motor Racing X is a smart package in many ways. One of the most thoughtful inclusions is the wide choice of camera angles. I particularly like the distant overhead view, making me feel like I’m racing with remote-controlled vehicles. It gives me some R.C. Pro-Am Vibes, and I’m not complaining about the dose of old school nostalgia. Micro Motor (an arcade mode) offers off its own old school vibes, i.e., Micro Machines.

Now camera selection might seem like a minor thing, but it’s not. I’ve knocked other racing games for having an inflexible camera (Beach Buggy Racing, Race with Ryan) and limited views (Gear.Club Unlimited 2). More options are always right, and I enjoyed exploring the variety. There are a few tracks where the higher angles can briefly hinder, but overall the way the camera’s handled here is a real asset.

In terms of actual racing, you can focus strictly on driving, or enable the new Type X mode for a bit of a Mario Kart feel. Yet don’t be fooled, as this game’s not in the Mario Kart mold. The weapon variety is a bit meh, with only a few such as missiles or land mines that aren’t nearly as dangerous as they sound. But when viewed as a bonus, I’m certainly glad to have the option to mix things up. I’ve actually played this way the bulk of my time since the tracks are so short; you’ll never be without a weapon for long.

Yes, these tracks won’t take long to finish. A look at the online leaderboard will show you how many minute-or-fewer tracks there are. In some ways, that’s not a bad thing. Mini Motor Racing X is an easy game to pick up and play for a few minutes in handheld mode. But in other ways, these make the game have a bit less…personality. Because the tracks are so small, they simply don’t leave as much of an impression. After you’ve seen them all, it depends on how much you enjoy changes to the time of day, weather, or racing in reverse. There are some clever remixes and reskins, though.

While multiplayer ultimately gives racers legs, the career mode’s for the solo player who doesn’t mind grinding through various championships and plentiful cups to unlock and upgrade every car. I suggest prioritizing handling upgrades, as some corner-heavy tracks benefit from its increase for real – I’m thinking of the countryside and suburbia tracks. There are two control options, and you can adjust the sensitivity. Time Trial lets you practice without AI cars.

You may also want to play with friends in Bumper Ball. It’s a Rocket League-ish mode that can also be played solo with AI-controlled vehicles. It’s familiar, but not bad. You can adjust the speed and team size, but a shortage of overall options means you probably won’t play it all that much. That is unless this sort of gameplay is new to you.

Visually, the game looks surprisingly sharp on my television. I’ve alternated between docked and handheld, but the former is better if you’re playing for a longer length of time. The music is okay too. Overall though, the presentation is a bit generic, strengths notwithstanding. There’s nothing especially memorable, though that may stem from the track brevity.

After sinking several hours, I can say that Mini Motor Racing X is pretty fun. From seemingly small options to many extras, it offers a lot. While I wonder if it’ll prove a memorable racer when compared to many, I suspect it’s a game I’ll keep downloaded to revisit for short spells now and again.

After sinking several hours, I can say that Mini Motor Racing X is pretty fun. From seemingly small options to many extras, it offers a lot. While I wonder if it’ll prove a memorable racer when compared to many, I suspect it’s a game I’ll keep downloaded to revisit for short spells now and again.