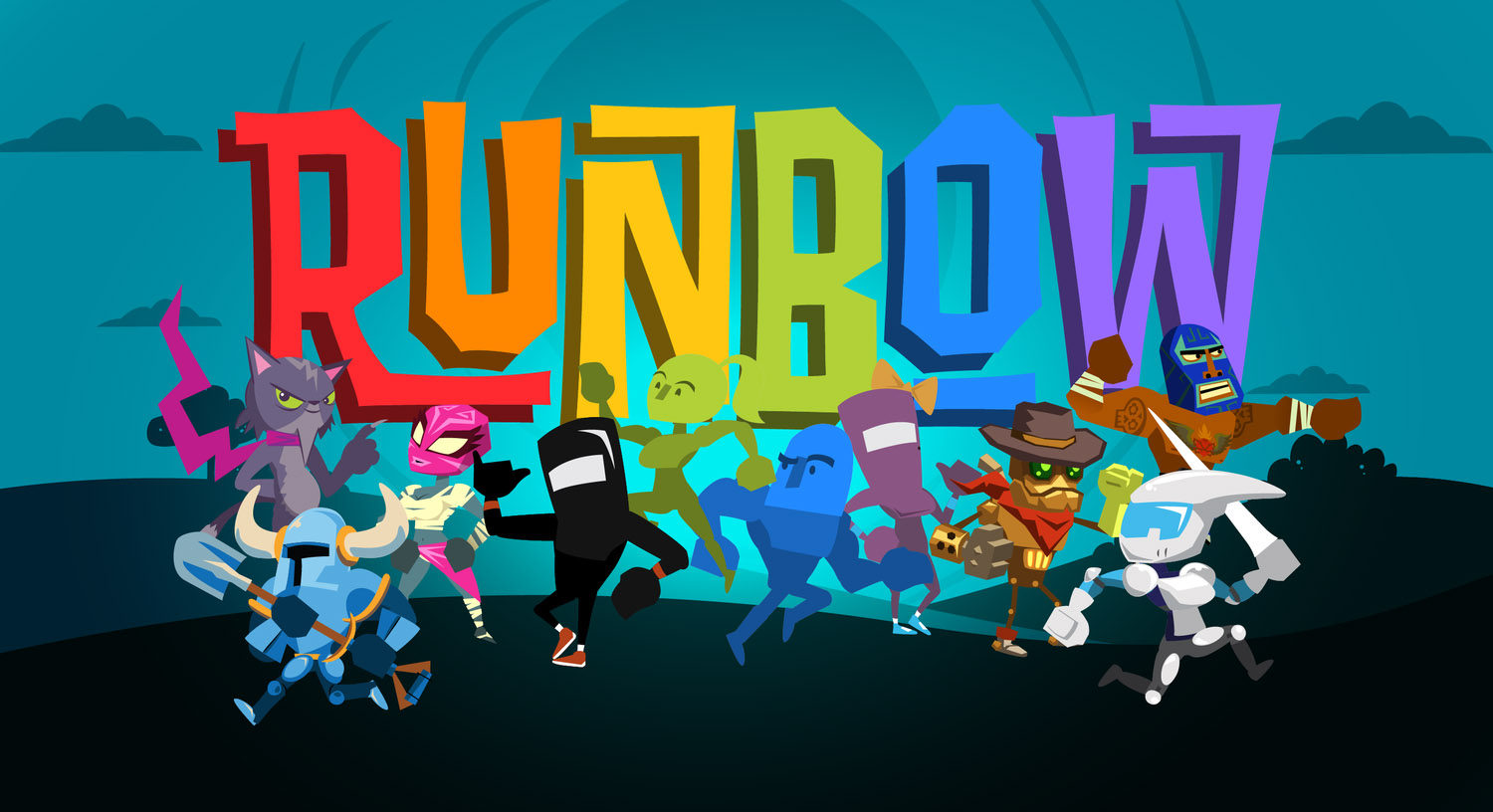 When the original Runbow launched on the Nintendo Wii U back in 2015, this is what I had to say about it: “13AM Games has created something wonderful in Runbow. This title provides hours of fun and entertainment. It manages to keep the player hooked by integrating unlockable characters from a variety of intellectual properties and can stand toe-to-toe against other cooperative experiences like Mario Kart 8 and Super Smash Bros. Though death is certain and may happen quite frequently, Runbow takes a unique idea and makes it work perfectly.”

For those outside the know, Runbow is an intense “race to the finish” game that allows up to 8-players at once. As soon as the match begins, each player must do whatever they can to knock opponents down, blast them into oblivion, or just simply out-race them completely. Grabbing a trophy at the end of each race is the goal, other than surviving, and that’s pretty much it.

The premise is obviously simplistic, and there’s absolutely nothing wrong with that. Only because it really does prove that simplistic game design is often the most reliable and entertaining. And it certainly works in the case of Runbow for Nintendo Switch.

There’s a variety of modes one can play cooperatively in Runbow: Run, Arena, and King of the Hill. But no matter which way you slice it, although the option to play solo does exist, racing against your friends to the finish is perhaps the best mode of them all. Arena allows players to battle it out in a last-man-standing match, while King of the Hill is essentially the same thing but one must stand in a particular spot for roughly 7 seconds. Arena and King of the Hill are decent, but again, Run is where all the fun is at.

Runbow also has an Adventure mode, which is sadly a little-more boring than the other modes. This is because Adventure mode is essentially the same as “Run” but you’re playing it by yourself and it implements little bad-guys for you to stomp. Although it does provide an opportunity for you to unlock new characters, again, Adventure mode is boring and should be skipped – especially when you can unlock characters on the fly via cooperative play in “Run” mode. If you’re going to play Runbow, play with at least one friend.

I was extremely happy to learn that Runbow was coming to the Nintendo Switch. Although the game does provide virtually the same experience as the Wii U and Nintendo 3DS version, it’s still extremely fun to play with someone at your side. Countless hours can be had while playing “Run” mode, while “Arena” and “King of the Hill” are worth trying at least once. You shouldn’t deprive yourself from this experience, making Runbow a must-play game on the Nintendo Switch.

Runbow is such an awesome game to play on the Nintendo Switch. It’s absolutely, 100 percent, worth another purchase if you already own the game on Wii U or Nintendo 3DS. It’s a blast mostly with friends on the same couch, but if you intend to fly solo, know there is something there for you too.