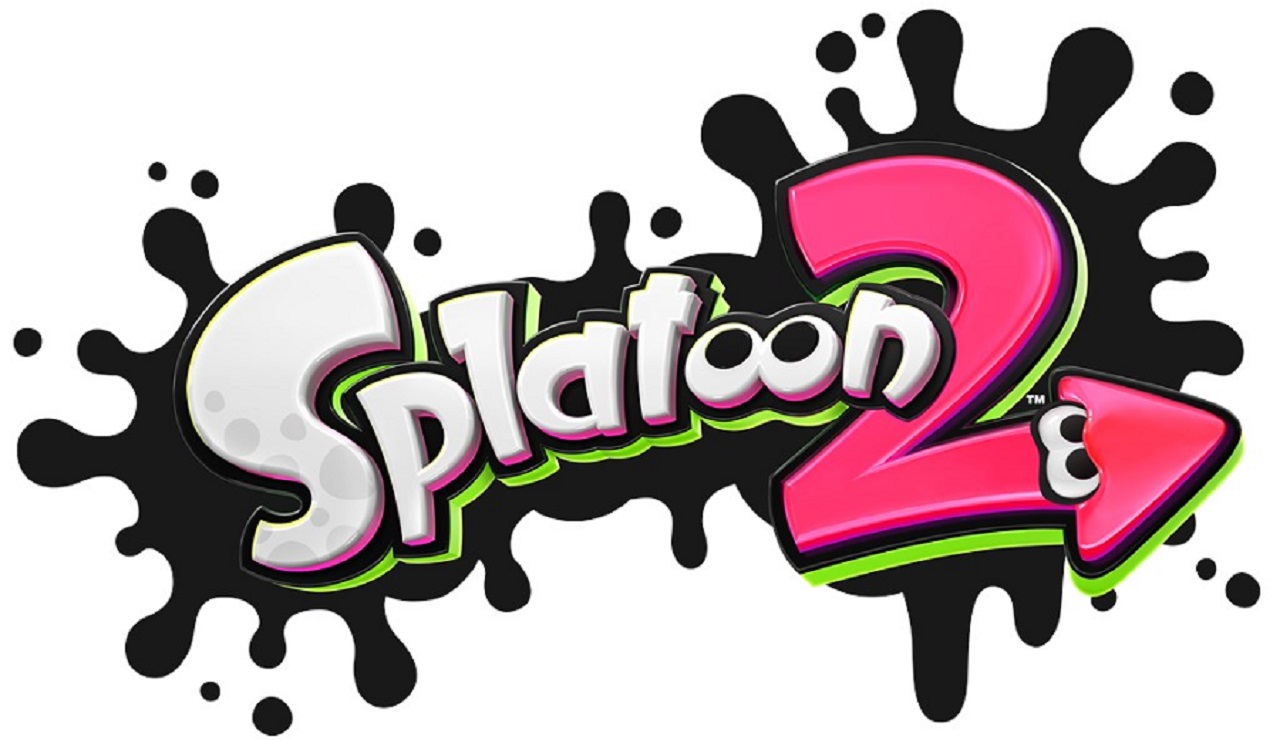 Splatoon was released in May 2015 for the Wii U. Just over two years later, Splatoon 2 has arrived on the Nintendo Switch. This sequel begins much like the original, as you first go through the squidling customization and tutorial. Upon completion, you will then go to the news screen, where you are greeted by Pearl and Marina. They tell you which stages are available in the different battle modes. The first time you play they’ll also tell you that Callie has gone missing. Next, you will find yourself in the lobby. Here you have access to the accessory stores, the Shoal to host private games, Grizzco where you can play the new mode, Salmon Run, and a food truck to buy food that will increase your experience and cash flow. There is also a place for the use of amiibo. You can find Marie in the lobby – following her will lead you through the single player campaign mode. 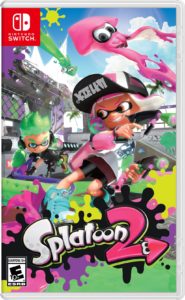 In single player mode, you will find some story dialogue, possibly liking to the upcoming anime. (The anime could explain the story mode more in-depth, or possibly more on why the squids are having a turf war). Either way, a Splatoon anime is a welcome addition. Although single player is not as fun as online gameplay, you may learn some sweet moves that could help you in online battles. You will also get to test out sub weapons and the special weapons, which helps to strategize during an online battle.

Splatoon 2’s multiplayer starts you out with very basic weapons, but it won’t take long before you earn enough to upgrade and customize your squid. I went straight to the weapons store and bought the only available gun, the Splattershot. Subsequent rounds were a lot more fun, and the game felt more like the Splatoon I was expecting. The Splattershot and its sub weapon, the burst bomb, and the special ability, Splashdown, was perfect. There is something extremely satisfying about jumping into the air with a burst bomb, smashing it into the ground, and splatting those around you. From this point on in the game, I kept feeling, “just one more round”; the same feeling I felt when playing the original Splatoon. I could not wait to unlock more gear and the abilities unlocked inside the gear.

Splatoon 2 offers gameplay much like the original; the goal is to cover as much of the stage surface with your team’s ink. The new gear and abilities offer new styles and strategies. If a player’s sub weapon takes a lot of ink, the player may want to choose an armor that offers ink saver. At the end of each battle, Judd and Lil’ Judd let you know who the winners are, the good guys or the bad guys. Your team is always the good guys. During battle, the points earned become experience and in-game money that can be used to purchase new gear or weapons. Splatoon 2 offers a voice chat that could offer up a way communicate a battle plan. However, I chose to opt out of this feature completely, mainly because I did not feel like hearing strangers shouting nonsense.

I did feel that Splatoon 2 is missing a feature that was fairly useful in the original, the use of the GamePad to display the map. Always having access to the map with just a quick glance down allowed for the opportunity to set a quick strategy for gameplay. The GamePad also made quick jumping to a teammate rather simple. Now the map is not completely gone; it can be toggled open by pressing the X button.  The map, however, will cover the screen so players may want to be sure they are in a safe place before opening it. It was also nice to be able to play mini-games on the GamePad while waiting for players to join.

I also feel that Splatoon 2 could have used a mode where the goal was to get splats rather than cover ground with your team’s ink. In my experience with the series, players often get distracted with opposing players, trying to splat them rather than going after the goal of covering the turf. They seem to go right past uncovered ground to do so. 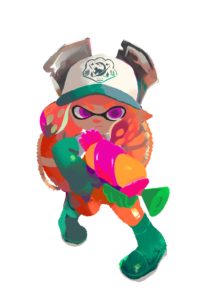 Salmon run offers up a different challenge of its own. Teams of four must work together to collect power eggs and golden eggs and survive within the time limit. Golden eggs are dropped in sets of three by bosses after their defeat. Players must collect the eggs and carry them back to the basket. If the golden eggs are not collected in time by you or your teammates then snatchers will come and carry them away. I feel the new mode offers a fun new feature to the series, giving players an alternate choice of gameplay.

Overall Splatoon 2 offers up great enjoyment that leaves you wanting to keep playing. Nintendo made a game that is pure fun, whether you’re being splatted or doing the splatting. The ability to play this game anywhere makes it even better. If you are looking for a fun game centered heavily around online gameplay Splatoon 2 won’t leave you dry.

Nintendo made a game that is pure fun, whether you’re being splatted or doing the splatting. The ability to play this game anywhere makes it even better.