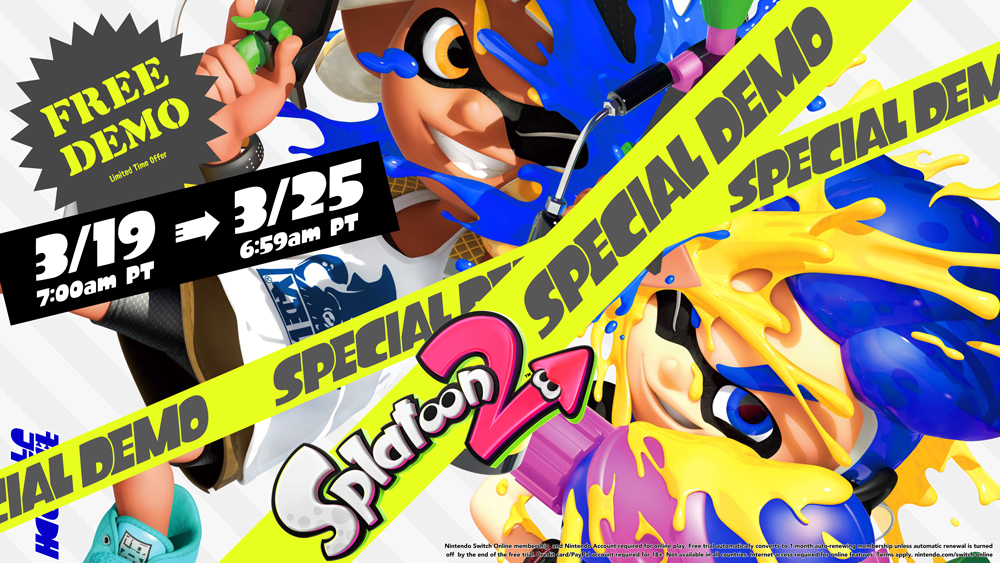 Are you one of the roughly 8 million players already enjoying the ink-splattering fun of Splatoon 2 for Nintendo Switch? If not, read on, as Nintendo has a deal to entice the rest of the world to join the fray.

Nintendo’s Splatoon 2 Special Demo is available right now, running right up until Monday March 25 at 6.59 am PT. During this window, players with an internet connection and a Nintendo Switch Online membership can join 4-on-4 Turf War, Salmon Run, League Battle and Ranked Battle modes online with other players. 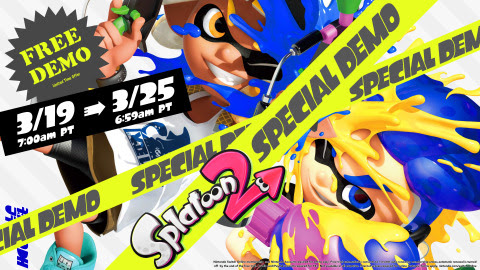 This means you’ll get to check out 4-on-4 Turf War battles as well as Salmon Run, League Battle and Ranked Battle modes online with your friends and other players who own the full game. Cover the turf with your team’s colorful ink, customize your look with different weapons and apparel, and splat your enemies in an all-out ink-stravaganza!

If you don’t have an online membership, Nintendo has you covered there too. After downloading the The Splatoon 2 Special Demo, you’ll receive an email with a Nintendo eShop code to activate a seven-day free trial for Nintendo Switch Online. The good news is that you can still use the code even if you’ve had a previous free trial.

To entice players to stick with the ink-splatting program,you can download the full game after the demo for 20% off the regular price. Thankfully, any save data from the demo will be transferred over after purchase.

You can check out more information about the Splatoon 2 Special Demo on Nintendo’s Splatoon 2 website. Fans looking to pick up battle tips or cheer on North America’s top competitors can also watch the live Splatoon 2 North America Inkling Open 2019 on March 30.