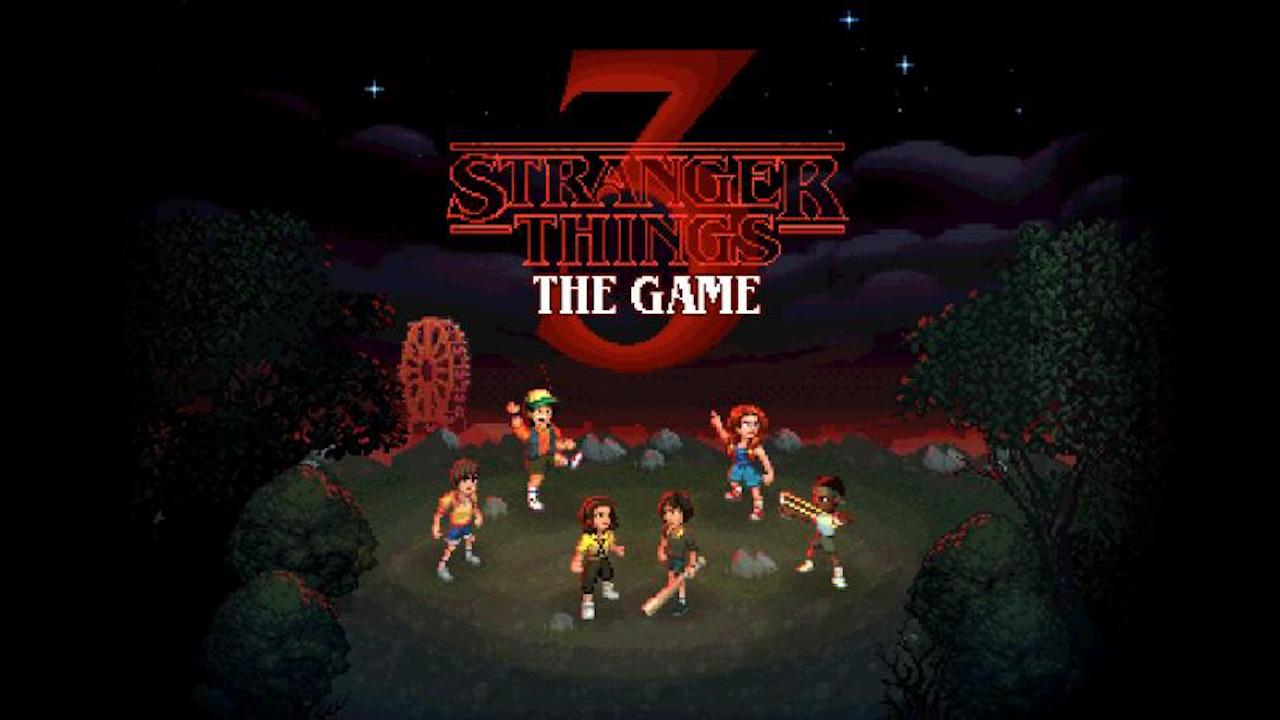 One summer can change everything…

Stranger Things 3: The Game is a creative retelling of the events that happened during season three of the hit Netflix show. Despite the game being meant for Stranger Things backers like me, it still manages to make a non-fan look closely, providing satisfying beat-‘em-up combat with a variety of abilities.

For those unaware of the Stranger Things series (and you’d be living under a massive rock if so), it is a science fiction show set in 1980s Hawkins, Indiana. For the sake of not mentioning any spoilers I’ve kept the summary brief, but if you want to learn more you can look it up on your Internet browser (assuming you have an Internet-based device). It’s worth mentioning the game solely follows the events of season three, meaning you’ll need previous knowledge of the show—perhaps the game’s biggest drawback. Luckily, the game presents minor tidbits of information during loading screens to help inform newcomers about the series’ past. It’s not nearly substantial enough to make an impact on the player, though.

Whilst the game makes incredible strides for series veterans to have an utmost “Stranger Things” experience, it still left me wanting more—both in a negative and positive connotation. The game has plenty of content to keep you busy, but as a hardcore fan of the show I’d be remiss to not mention the inability to play through the first two seasons’ events. That being said, the game does what’s intended beautifully; bringing the quirky charm of the show onto Nintendo Switch. 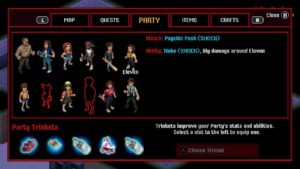 Stranger Things 3: The Game brings the series regulars of the show into a playable nature with unique abilities. It’s remarkable how many characters were brought over from the show, and in such an interesting way. There were only two notable characters missing, but at least you can still interact with them as NPCs; Steve Harrington and Robin Buckley. Honestly; it is a surprising omission considering their prominence throughout the storyline of season three (not to mention, the Scoops Ahoy gang are the obvious show favorites). The game pays serious attention to the details of season three down to the very words spoken… this will be hit or miss depending on who you ask. It’s not a downside, but it definitely would’ve been cool to see the game also include its own flair of personality. That said, this close attention to detail provides a nice touch for fans as with the character abilities that tie into the show. For example, Will uses fireworks; an item for which he showed a preference. Character abilities aren’t just limited to fireworks though (despite that sounding like a good thing). Other abilities include Eleven’s psychic powers,  Jonathan’s camera, Nancy’s scissors, Dustin’s bug spray, and many more!

Whilst characters are essential in any game, so are locations, and this game has no shortage of them. Plenty of locations make the game a sight to behold. The diverse locations and 1980s vibe are further bettered by the game’s gorgeous 16-bit art style. It’s worth mentioning none of the locations is “new” to the series, but that’s also not expected for a game that follows the story this closely. Whilst it might sound like a worthy exclusion to some, it really isn’t, as it allowed the development team to focus on making the inner depths of the locations from the show, some of which are better experienced in the game. 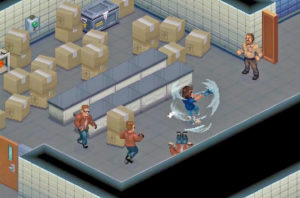 Fanfare aside, the game does include some unique additions, some of which further extend this game into an RPG rather than beat ‘em’ up. My favorite of these is probably the trinkets system, as it allows you to further customize the stats of the characters and also helps guide you into understanding the crafting system. 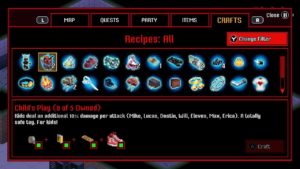 Another common RPG mechanic found in this title is health boosters—food, medkits, and bandages—that make purchases with in-game currency actually feel meaningful. Health boosters aren’t the only purchasable items though, as you can also buy a variety of odd commodities that are needed in order to complete certain quests (for example, a hair dryer). Quests, like most titles, are at this game’s very core; everything you do, for-the-most-part, will be centered around them, which isn’t necessarily a bad thing. Whilst quests might feel to some like a one-and-done thing, there is still an abundance of them present, to ease that concern.

In terms of performance, the game runs flawlessly with no hiccups in framerate, most likely due to its undemanding graphical art style. Stranger Things 3: The Game plays excellently in both handheld and docked mode, but I found myself more geared to the docked option as the game has a huge emphasis on cooperative couch play—so much so that it has you playing two characters at once, at all times, which is neither good nor bad. Despite its huge couch co-op appeal, it still manages to play nicely solo. In fact, you might prefer that, as it allows you to get more invested in the story.

Overall, Stranger Things 3: The Game is a nice addition to the Nintendo Switch library of games, and fills the void of good, inexpensive beat- ‘em-up games that were previously missing on the platform. That being said, the game was designed with hardcore fans of the series in-mind, which will differentiate it’s value to some. As mentioned previously, it does emphasize a lot of fanfare, but its beat-‘em-up combat is some of the best on the Switch, making it a must-own for any beat-‘em-up fan.

Overall, Stranger Things 3: The Game is a nice addition to the Nintendo Switch library of games, and fills the void of good, inexpensive beat- ‘em-up games that were previously missing on the platform. That being said, the game was designed with hardcore fans of the series in-mind, which will differentiate it’s value to some. As mentioned previously, it does emphasize a lot of fanfare, but its beat-‘em-up combat is some of the best on the Switch, making it a must-own for any beat-‘em-up fan.