Super Mario Party is purpose-built for both local multiplayer, and the Nintendo Switch hardware functionality. All of your favourite Mushroom Kingdom characters are here, along with a unique dice associated with each character, providing plenty of strategy and risk-reward scenarios before you even properly play the game.

There’s a healthy selection of game modes to choose from, including ‘Sound Stage’, ‘River Survival’ and ‘Mario Party’.

‘Sound Stage’ will test your rhythm against your rivals; whacking Monty Moles, smashing baseballs and even cleaning windows, all to the beat of music, mainly through the use of motion controls.

‘River Survival’ will situate your character in a raft equipped with a trusty paddle and your three other teammates. You are tasked with collecting extended time as you work as a team to navigate the river rapids and burst balloons filled with mini-games on this 5000m excursion.

‘Mario Party’ is the mode with the traditional set of board games that are synonymous with the series. While three boards might seem skimpy in quantity, they each have unique quirks which will test your tactician methods, and the other modes within the game ensure there is plenty of game to play. 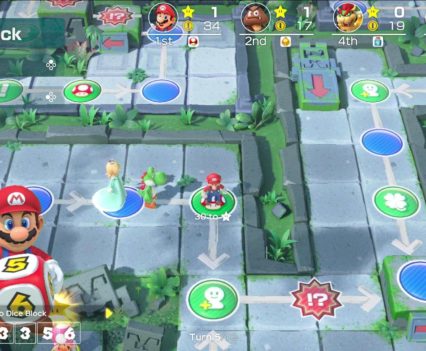 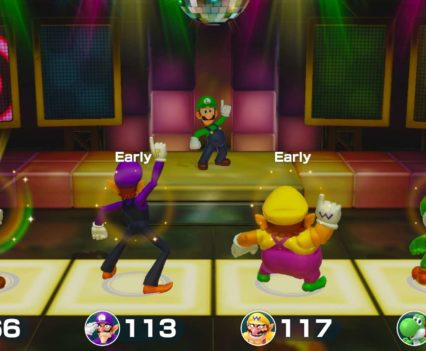 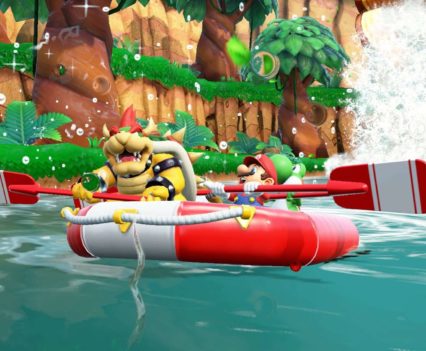 One such quirk is that of ‘Whomp’s Domino Ruins’ in which you chase a star to boost your chances of winning the game, but the treacherous route means that if you happen to land on the wrong space, a subsequent domino effect will have an enormous boulder trundle towards you, sending you back reluctantly to a humbler space. Each board has unique challenging characteristics as you vie to collect the most coins and stars. You can also select ‘Partner Party’, a mode for teaming up with a friend to conquer a board against the other team in two versus two situations.

You can jump into any mini-game you like at any time in its very own mode, or compete to beat opponents online in an admittedly limited mode. The downside in regards to online play is that it’s mini-game only, so you can’t play through a board, which would have been brilliant, even if it was just with those on your friends list.

‘Toad’s Rec Room’ is an innovative set of mini-games that involve the use of two Switch screens. Unfortunately, it would be unfair to comment as I was unable to try it out due to lacking access to a second Switch, but the concept and technology is intriguing and I hope to try it out in the future.

In terms of controls, you will be forced to use a single Joy-Con to play the game. While this might be perceived as an annoyance at first, it actually works very well most of the time. The HD rumble features are implemented incredibly well in particular, as are the motion controls, providing a unique party experience. 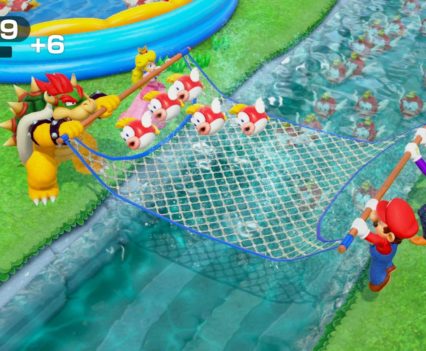 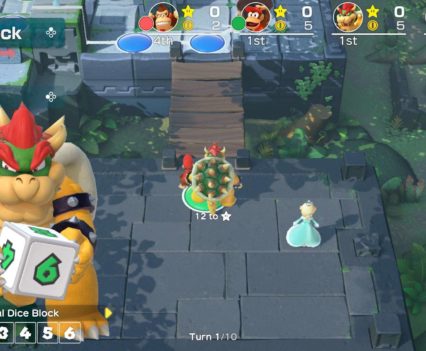 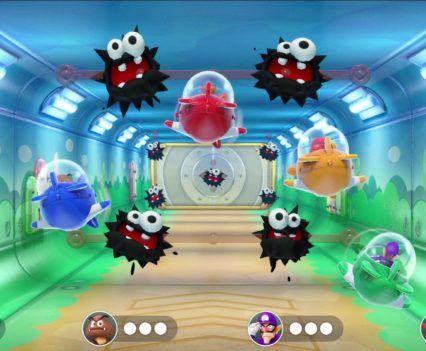 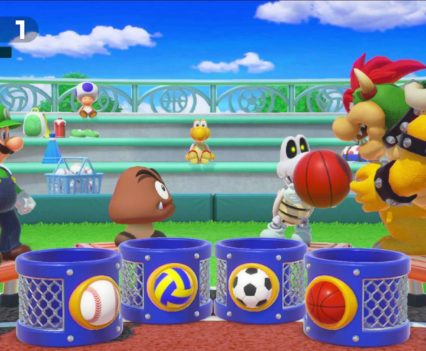 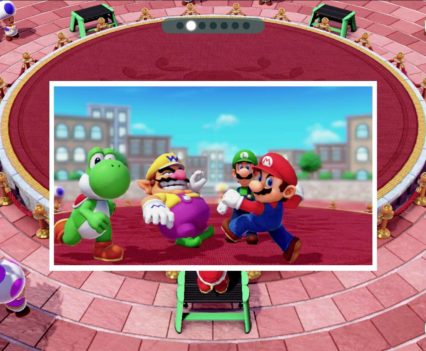 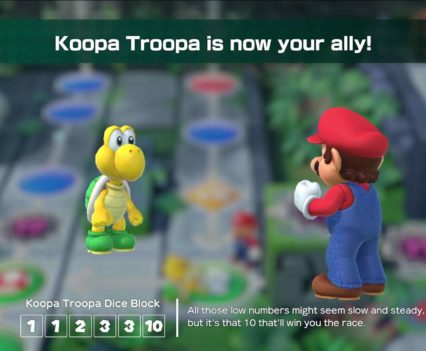 Some minor annoyances include the slightly overpowered Golden Pipe item which situates you right next to a star in ‘Mario Party’. Stars awarded at the end of the game don’t seem to reflect the game fairly either, and you may feel hard done by for no valid reason because of that. When an arrogant Luigi picks up an ‘Ally Bonus’ or ‘Unlucky Bonus’, and gets awarded a star, a heavy sensation of irritation can be felt as you sit defeated, despite having clearly played best throughout the duration of the game.

Boards can be perfectly suitable for tactical or casual play, but they might feel a little too big and complex in a ten round game which lasts around sixty minutes. Being able to choose a dice to roll has its pros and cons, and that’s very much on purpose. It further adds strategy to the game, while items and ally’s go some way to providing a much-needed boost as you push for another star on those last few turns.

These are minor gripes, and the intention is clearly to give those who are a little lacking compared to others, an opportunity to challenge and probably designed to cause some pleasurable social discontent, but it is something to bear in mind.

Super Mario Party is at its best when you have three other people to play with around the TV or if you are on the on-the-go, tabletop mode is a viable option. You can’t play the game in handheld mode however, but this is a game that should be a shared experience with friends and/or family. There’s plenty to offer in a title which is a positive forward step for the series as a whole – from the crafty thieving of coins and stars on a board, to satisfying mini games like ‘Slaparazzi’ where you punch the face off each other to take centre-stage of a snapshot photograph. Hours of gameplay are contained in a plethora of intriguing game modes which will suit different group atmospheres, along with unlockables like gems and characters to motivate continuity of play. Got a handful of friends visiting? This is simply a must-have title for your Switch collection.

If you have three friends visiting and Super Mario Party is the centre of your gathering, you will be guaranteed a great time. This entry is a positive step for the series and a fitting entry for the Switch, especially when it comes to the fantastic local multiplayer. The array of game modes, the traditional boards, and of course, the mini-games, will have you challenging your friends for precious hours of pure memorable joy!