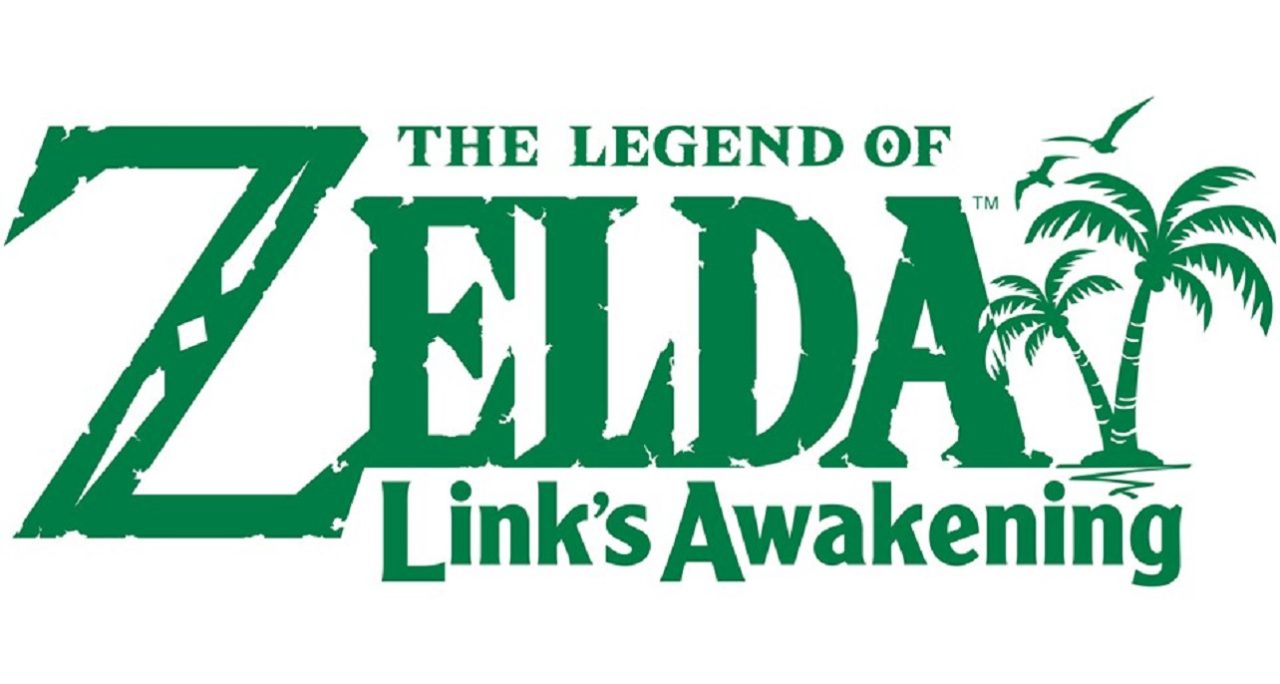 Warning! Even though this is a reimagining of a game first released in 1993, this review of The Legend of Zelda: Link’s Awakening will contain some spoilers that first-time players might want to avoid. 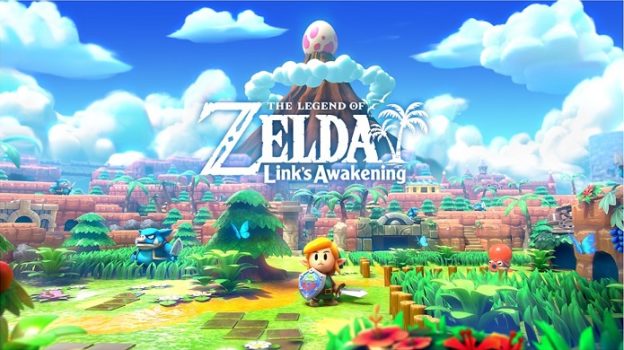 Does Link’s Awakening have the best story of any Zelda game? I think so. You might say that plot is of relatively minor importance with this popular franchise, especially for an earlier release like this, and you’d be right. But even with its Game Boy origins, Link’s Awakening weaves a unique tale amongst the series, not weighed down by lore laid on thick. 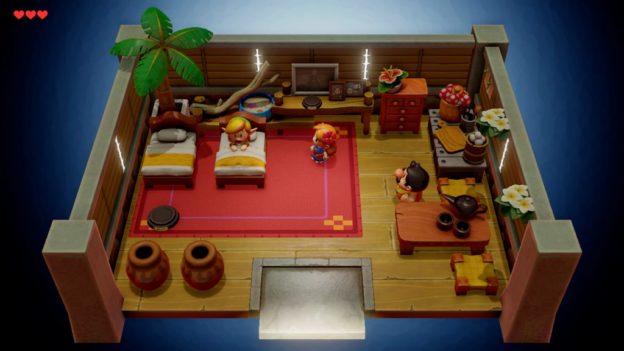 I open this review talking about the story, for the simple fact that I don’t feel nostalgia will let me review this game without mentioning it. So, final spoiler warning… 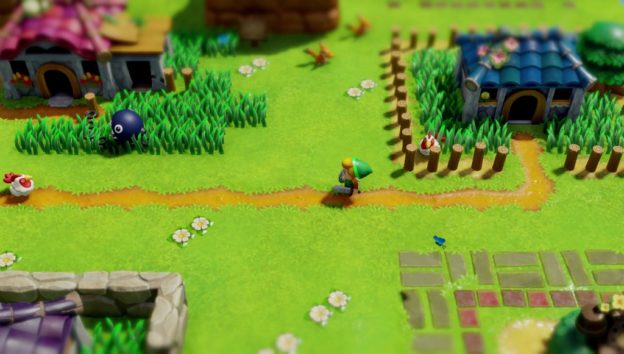 Link’s Awakening is a dream!

Somehow Nintendo managed to pull off this twist without it feeling like a trope. The dream reveal (progressively hinted at) has helped this game withstand the test of time by making the plot memorable. Key to that is the new locale where Link has been shipwrecked, Koholint Island. 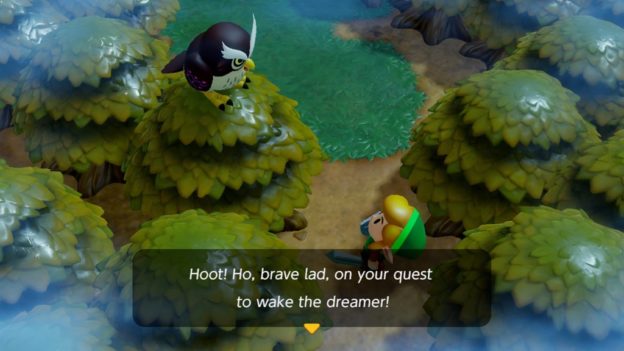 For my money, Koholint Island is far more interesting than Hyrule has ever been. What really makes Link’s Awakening extraordinary are all of the Super Mario nods throughout the tropical land! As a big fan of the flagship series, I can’t help but crack a smile every time one of the familiar characters appear in this unfamiliar setting. Hardly the only fan, the commercial success of the Mario series has Nintendo highlighting these crossovers a key advertising point, and properly so. 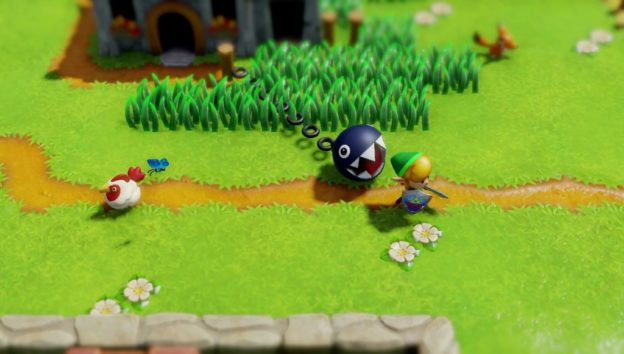 One of your early tasks involves rescuing the Chain Chomp, BowWow, and then taking him for a walk through the Goponga Swamp. Later you’ll learn an ocarina song from Mamu, whom non-Japanese gamers know better as Wart of Super Mario Bros. 2 fame. Bloopers, Cheep-Cheeps, Goombas, and Piranha Plants are just some of the foes you’ll run into while exploring Koholint Island. 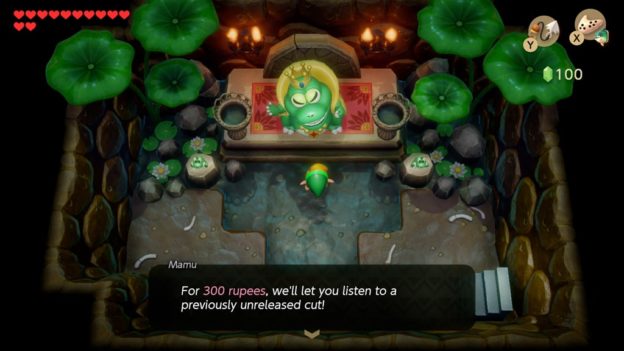 You’ll find even more Super Mario love if you delve into the Trendy Game Shop’s crane mini-game. You can win up to 10 Mario-related figurines, which you can then place in the appropriate houses of Mabe Village. Is it optional? Yes. Are the rewards weak? Yes. Is it enjoyable? If you’re a completionist, totally!

What is not optional is winning the crane game’s Yoshi doll. This kicks off the trading sequence. This type of side quest has been seen in several Zelda games since, but Link’s Awakening was the originator. Dare I say, it’s also done it best. Fishing is another favored mini-game that finds its origins with Link’s Awakening. New lures have been introduced in this Switch version. Fishing is a fun way to earn rupees, heart pieces, and secret seashells. 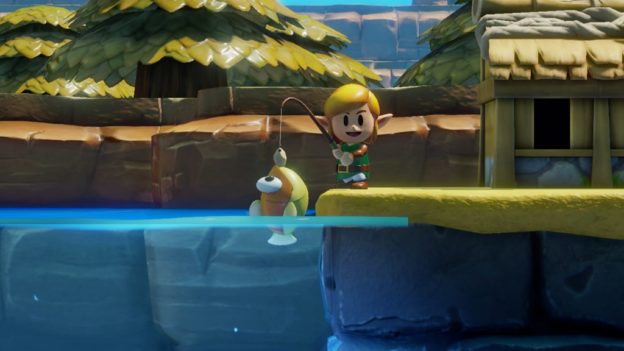 Speaking of secret seashells, these hidden collectibles scattered across the overworld are a side quest. While not as expansive as later side quests in the franchises 2D games (like the MaiMai babies in A Link Between Worlds) it’s enjoyable seeking these out, and this Switch version has nearly doubled the amount you can find, while eventually granting you a seashell sensor too. BowWow can help you sniff up some early while you take him for his walk. You’ll be rewarded for scouring the island in its entirety. 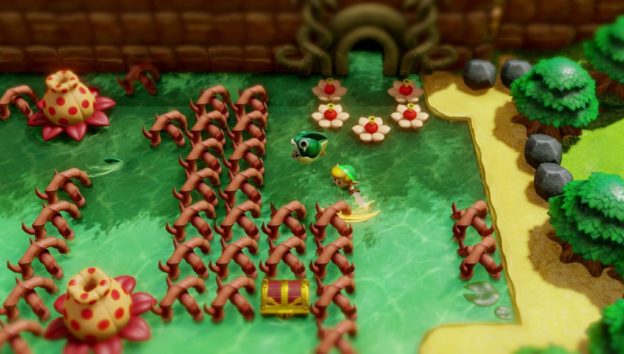 There’s so much more I could talk about in just the overworld alone. Finding Golden Leaves in Kanalet Castle for an eagle-eyed cameo prince. The sheer charm of Animal Village. Heartwarming interactions with Marin, who saved Link when he was washed ashore. The updated Switch map that lets you place pins. But I’m quickly exhausting my space and need to talk a little about the dungeons. There are a handful of memorable mini-dungeons, but you’ll be spending more time in the main ones. 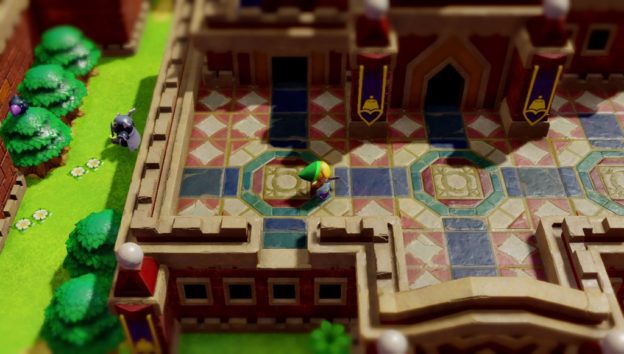 My favorite aspect of these dungeons might be the end bosses. They are called Nightmares in this game, which gives a clue to the plot’s dream nature. The Angler Fish might still be pretty darn easy, but it leaves an impression being fought from a side view while Link swims with flippers. Ditto for Façade, who manages to be menacing as just a pair of eyes and a mischievous grin on the floor. His warning, “If the Wind Fish wakes up, everything on the island will be gone forever!” brings some foreboding darkness to a, more often than not, lighter adventure. What the bosses lack in a challenge, they make up for in notability, which arguably is more important here. Actually getting to the bosses is the real challenge in these labyrinthine dungeons.

As just one example, even though I played the Game Boy original, I admit my wife and I had to consult a walkthrough when backtracking through the seventh dungeon, Eagle’s Tower. This doozy is a standout, as you have to collapse the top floor by destroying support columns. It might not be a favorite per se, but this dungeon has earned the respect of Zelda players over the years and it plays better on Switch than it ever did on the GB. 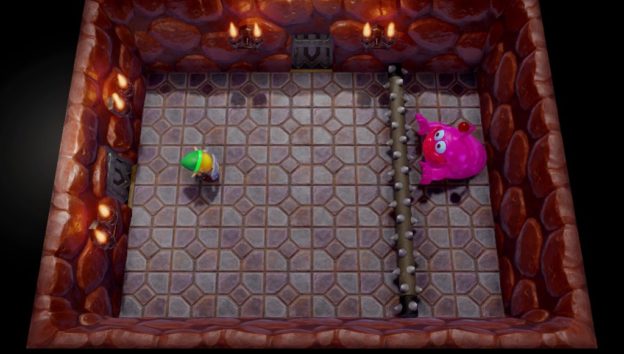 Those looking to sizably up the challenge should be pleased to know that Hero Mode is available from the outset. Hearts must undoubtedly be protected here, especially in cramped dungeons where enemies are harder to avoid, and some fights are mandatory – keep an eye out for damage-reducing Guardian Acorns. Unlike The Wind Waker, once you select Hero Mode you can’t turn it back off.

Thankfully, Roc’s Feather allows Link to jump, an ability he lacked in his debut game and A Link to the Past on the SNES. This is true platformer jumping too, not limited auto jumping seen in later entries. It’s worth a mention that in-game hints from shy Old Man Ulrira might help you get to a dungeon, but provide no assistance within. In those cases, you’ll have to take a chance on Owl Statues (if they have their beaks) for clues. 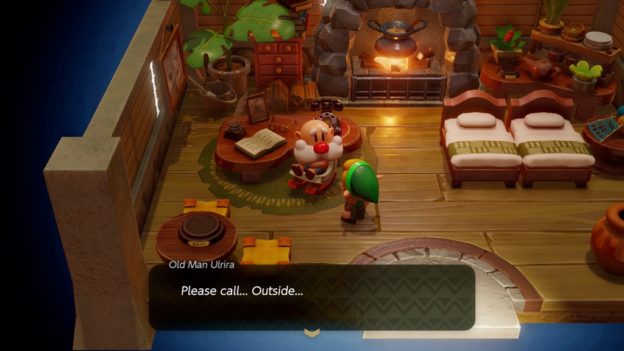 All this talk about dungeons leads me to the Chamber Dungeons. “Arrange, play, and trade your own Chamber Dungeons” courtesy of Dampe the gravedigger. While nowhere as robust as Super Mario Maker 2, this is a key new addition that can give the game some fresh legs when the sweet reverie of the main game ends. If you pick up the cute new Link amiibo, you can save your designs to it, while also having access to Shadow Link. Even if your interest in this is limited, it’s worth dabbling in if only to get some rewards. 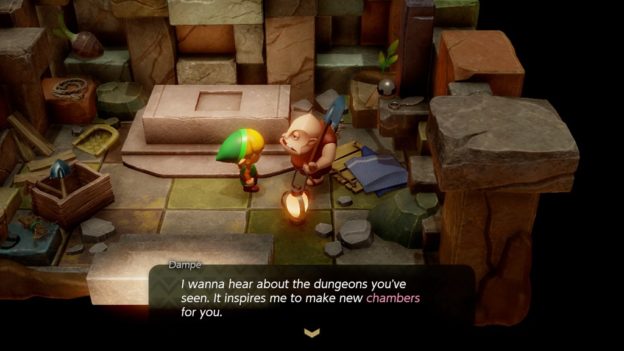 As I approach the end of this review, I feel I should briefly mention the frame rate. Allow me to quote myself, from Pure Nintendo’s Breath of the Wild review…“Yes, the frame rate can be smoother at certain points… Unless you’re quite sensitive to such things, you’ll likely be too entertained to even notice before long.” Link’s Awakening is not a fast-paced game, and likely Nintendo will be patching it before long (maybe they can patch the photography quest too). Whatever degree your framerate concerns are, it doesn’t change the animated, dazzling, imaginative, stylish, and vivid presentation of this, almost claymation, dream world. Wear some headphones for the music to really complement the visuals. 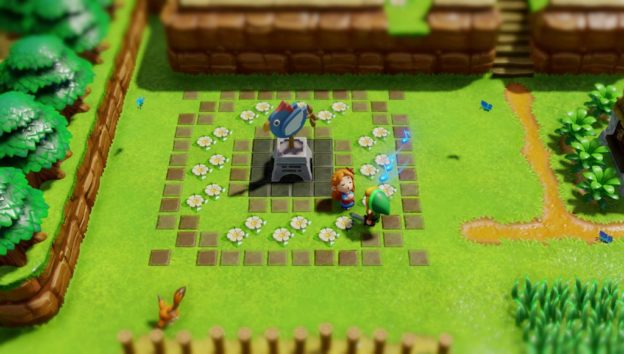 Despite its modest handheld origins, The Legend of Zelda: Link’s Awakening is a true console experience. With updated aesthetics and superior controls (especially for inventory), it’s shaping up to carry on the Game Boy legacy and be both a critical and commercial hit. An innovative, generally light-hearted installment that’s full of surprises, Zelda enthusiasts won’t want to overlook this game. Link’s Awakening is also an ideal entry for those who aren’t Zelda fans. Hopefully, you managed to grab the Dreamer or Limited Edition before they sold out. 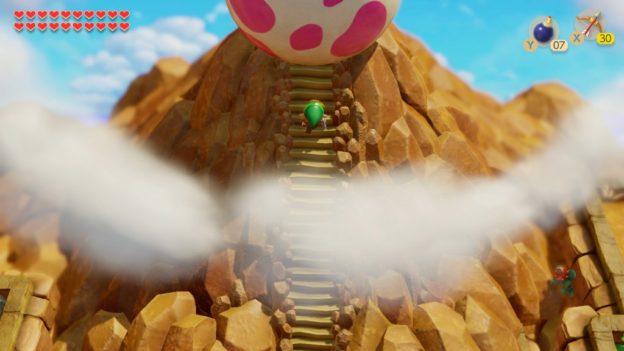 Despite its modest handheld origins, The Legend of Zelda: Link’s Awakening is a true console experience. With updated aesthetics and superior controls (especially for inventory), it’s shaping up to carry on the Game Boy legacy and be both a critical and commercial hit. An innovative, generally light-hearted installment that’s full of surprises, Zelda enthusiasts won’t want to overlook this game. Link’s Awakening is also an ideal entry for those who aren’t Zelda fans.