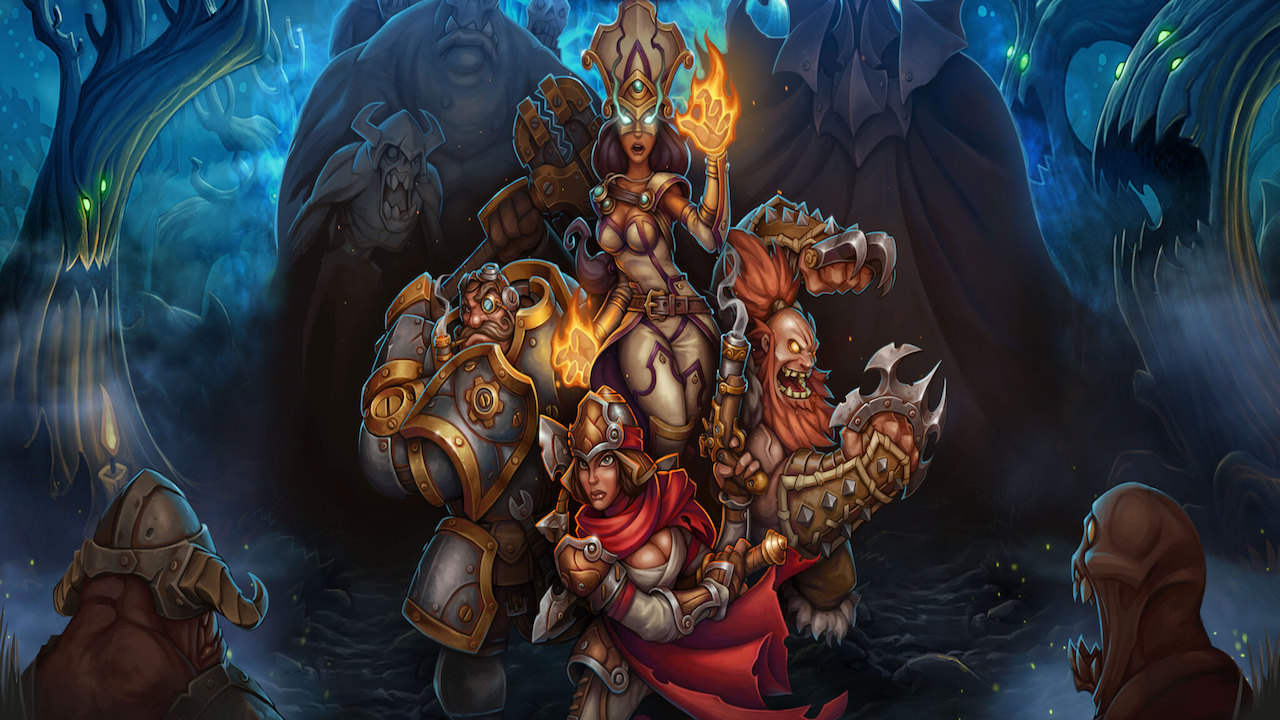 Torchlight II is an RPG and yet another game from Panic Button to receive the porting treatment to Nintendo Switch. It plays from an isometric camera-perspective, similar to that of Diablo 3: Eternal Edition. Another resemblance Torchlight II has to Diablo is its huge emphasis on looting and action-gameplay. With such significant similarities between the two games, one might assume that this game is a carbon copy of the many other isometric action role-playing games, but that’s definitely not true.

Despite the striking similarities, the game has a charming fantasy-like aesthetic. This art style helps it stand on its own two feet. That might not sound like enough to justify spending both your time and money on, and if you are a genre veteran then you are correct. Aesthetics aside, there isn’t anything here that you probably haven’t seen already. But if you aren’t familiar with the genre and are also interested in experiencing it, there is no reason you shouldn’t try this one, especially with its low price-point. 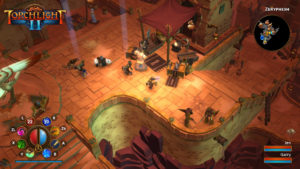 The game isn’t perfect story-wise and Marvel definitely needs to teach the game developers how-to-craft a good end-game, but everything else (including performance) is done flawlessly. It is just unfortunate that the game falls short with identity. Nonetheless, you won’t dislike your time with it, as it’s just a pure joy to play (if you are into this sort of stereotypical shooting and looting genre).

As much as I hate comparing games to each other, I’d be negligent to not mention the number of comparisons I made between Torchlight II and other games in the genre… and I think that is partly due to the poor story offering. The story is both confusing and unappealing. Torchlight II takes place a few years after the original, opening with a cutscene showing the town of Torchlight in chaos. The simplicity of this plot is exactly where the problem lies; which counteracts my earlier complaint about the game’s confusing story. It’s my belief that the dull nature of the story is exactly why I couldn’t follow it. It could be argued that this isn’t entirely awful, as it allowed the developers to focus on satisfying button-mashing combat – but if you look at the story in Marvel Ultimate Alliance 3: The Black Order, it was excellent yet still maintained a satisfying button mashing-gameplay loop. 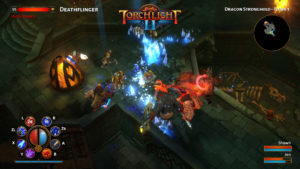 The success of loot’em’up games has always depended upon the endgame. It’s important to be able to keep coming back with the incentive of earning new loot, leveling up, or further increasing your stats; at the end of the day, you aren’t continuing to find loot with the intentions of becoming the weakest, but rather the strongest. Unfortunately, it seems as though Thanos must’ve snapped the endgame out of existence in Torchlight II as there is no void. Once your character has reached the level cap, you’re done… Of course, you can always choose a different class and make a new character, or tackle the New Game+ (which isn’t nearly as fulfilling as the one in Fire Emblem: Three Houses), but I can’t help but feel the endgame didn’t meet its full potential.

Torchlight II excels at making sure each player’s experience is tailored to their playstyle, most notably with its skill system. Most action role-playing-games often have you choose a particular class for your character, which usually results in a bunch of limitations for said character. Whilst character classes are still present in this game, fortunately, there is a bunch more flexibility in how you play with each of their roles. Rather than being locked behind a pre-ordained skill tree, you can choose everything – i.e. the skills are not interchangeable and are much more permanent – which is both realistic and beneficial as a player. 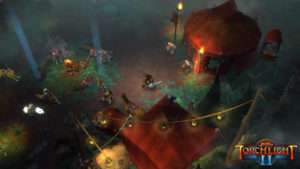 Solo-gaming is my preferred method of play, but it’s undeniable that some games are just better with a friend/family member and/or significant other. Usually, these loot ‘em’ up games fall under that category, luckily, that is a possibility with this title. The game offers four-player online drop-in/drop-out cooperative play, so grab your torch and get ready to explore the majestical town of Torchlight. If you aren’t able to play online, the game also allows you to link up to four Nintendo Switch systems – bear in mind though, you can’t play local-multiplayer on one system.

When compared with the plentiful amount of action-RPGs already on the Nintendo Switch Torchlight II can seem like a bit of an afterthought. But while its story has a poor endgame, it offers a cute aesthetic with plenty of charm. Panic Button has done a great job once again with porting, and those new to the genre will find plenty to entertain at a fair price.

When compared with the plentiful amount of action-RPGs already on the Nintendo Switch Torchlight II can seem like a bit of an afterthought. But while its story has a poor endgame, it offers a cute aesthetic with plenty of charm. Panic Button has done a great job once again with porting, and those new to the genre will find plenty to entertain at a fair price.