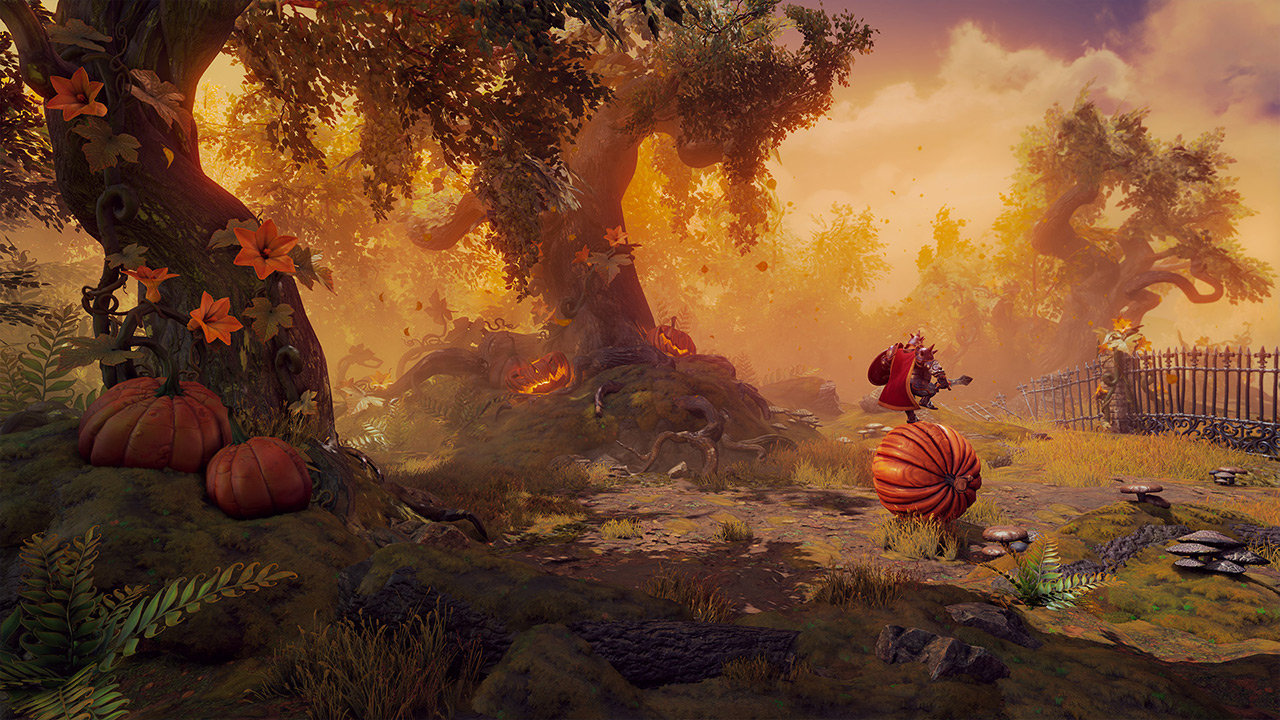 The developers at Frozenbyte are in a bit of a Sonic the Hedgehog-type pickle with the Trine series. From the start, the series has been about clever 2.5D puzzle-platforming with a gorgeous setting. That was fine for two games, but not wanting things to get stale Frozenbyte changed the familiar gameplay to a third-person perspective for Trine 3: The Artifacts of Power.

Fans, as you can imagine, weren’t happy. This is the gaming industry, after all, where change is seen by many as a personal betrayal. As such, although Trine 3 did have some issues, I feel it was unfairly maligned by gamers and critics. It was perhaps that outcry that prompted Frozenbyte to return to its roots for Trine 4: The Nightmare Prince.

The good news with this is that the folks at Frozenbyte are masters of 2.5D puzzle-platforming gameplay. The possible bad news, however, is that there’s not a whole lot to separate Trine 4 from Trine and Trine 2: Complete Story. I say possible bad news because I understand most fans of the series aren’t going to care.

So, the story here is that our returning heroes—Pontius the knight, Amadeus the magician and Zoya the thief—are once again united for action and adventure. 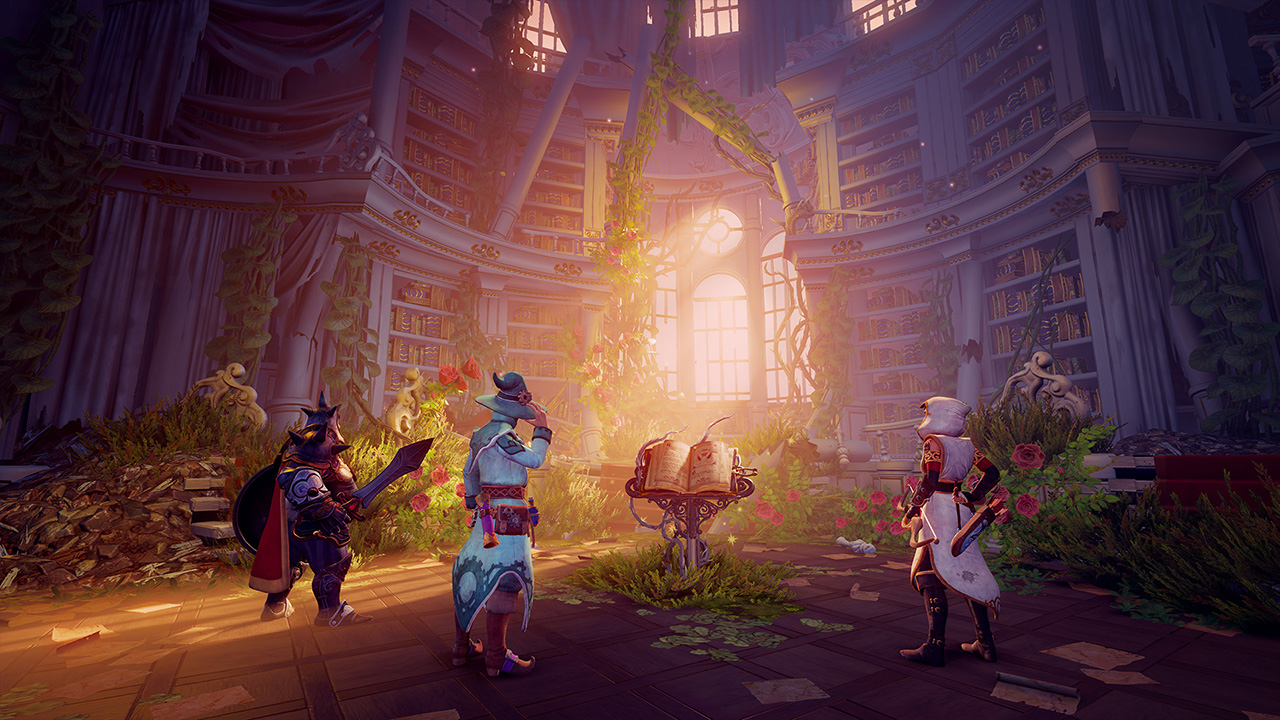 This time they’re called to help find and capture Prince Selius, a generally good fellow with the unfortunate ability (or curse) to have his dreams manifest into nightmares that can (and do) wreak havoc throughout the land.

As with the other Trine games, this adventure plays out from left to right, from level to level, as you travel through beautifully designed and colored landscapes in pursuit of your goal. But as beautiful as these locations may be, they’re terribly unforgiving. All are beset with monsters and hazards, some crazy contraptions to figure out, and plenty of treasures and power-ups to distract you from the task at hand.

Of course, that’s where the fun comes in. Each of the three characters at your command have specific abilities to assist you, and most of the puzzles can be solved in unique ways by whichever character you’re controlling. Where Amadeus can conjure up boxes to climb to reach a high platform, for example, Zoya can simply shoot a roped arrow and swing up. The fun of Trine 4 is swapping through the three characters to figure out how to get where you’re going, and how to collect the most (if not all) items along the way. 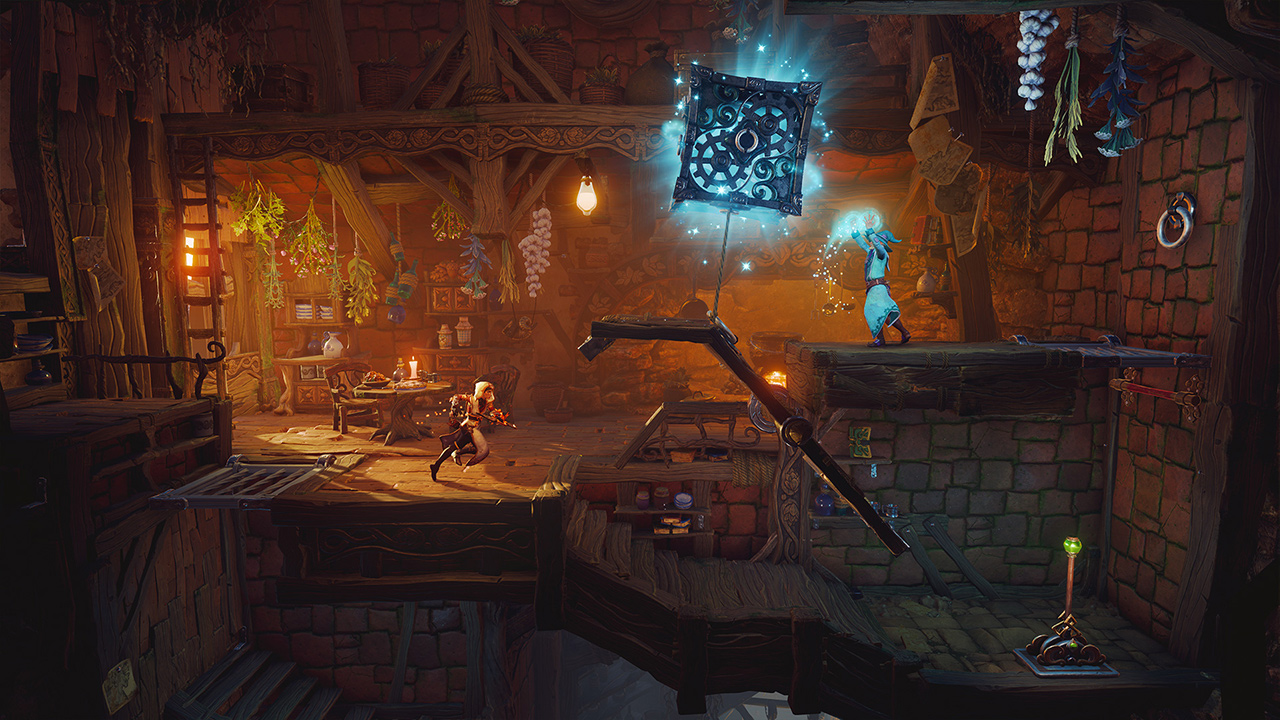 Some of these environmental puzzles require accurate jumps and well-timed execution, but most give you time to try out different tactics and start over without fear of losing a life. In fact, there’s a setting where you can tell the game how quickly to give you hints, if at all. My son and I played Trine 4 in co-op mode (the game supports local and online co-op with up to four players), and we were able to solve everything between the two of us. Granted, that was with more than the occasional argument and familial insult, and with no desire to play the game to 100% completion. It’s worth mentioning that the puzzles actually adapt depending upon the number of players, so one that requires multiple participants in co-op mode would be altered to only require one if you’re playing by yourself. Considering the number of steps you have to take sometimes to get where you need to be, that’s a very good thing.

The combat, on the other hand, could have used a little more work. Many of the monsters were so easily killed that I’m not entirely sure why they were even there, while others were frustratingly difficult to clear out. This may be caused, however, by working with the Joy-Con controls as opposed to a keyboard/mouse combo on a computer (I played all the other Trine games on my iMac). Thankfully, Trine 4 is generous with allowing you to continue after your character(s) have been eliminated. And because you can switch between Pontius, Amadeus, and Zoya at any point it’s easy to go into battle with your fighter of choice. 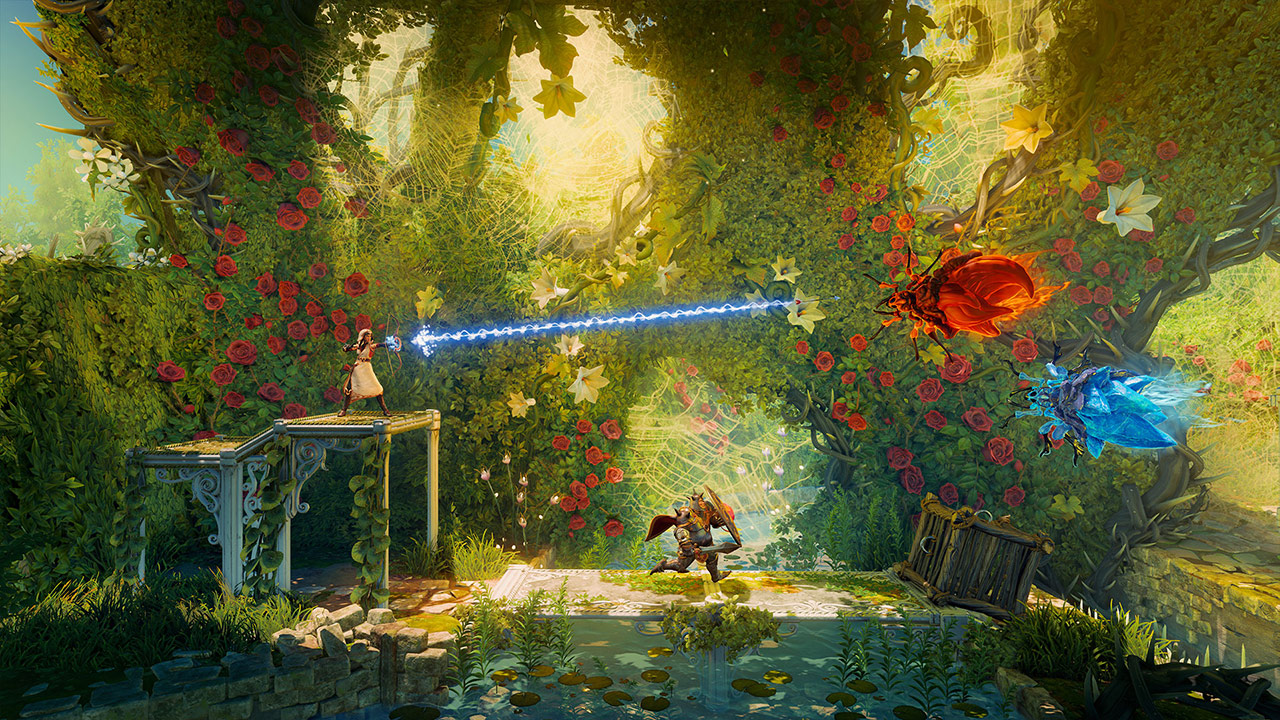 This includes multiplayer mode. If you both want to fight (or just generally progress) as Pontius, for example, you both can. Your characters will be color-coded so you can determine who’s who, and their abilities are color-coded, too. If you’re both creating platforms and/or boxes as Amadeus, for example, you’ll know whose box is whose by its color.

Everything in Trine 4 comes together to create an enjoyable gaming experience whether you’re playing it alone or cooperatively (the latter is definitely the way to go), but it all feels a bit too familiar. Despite some new abilities, the platforming and puzzle solving is pretty much the same thing as in Trine 1 and 2. The graphics and level design are more beautiful than ever, but the environments are still largely the same as what we’ve seen before. Thankfully, the game’s wit and charm do not get old. 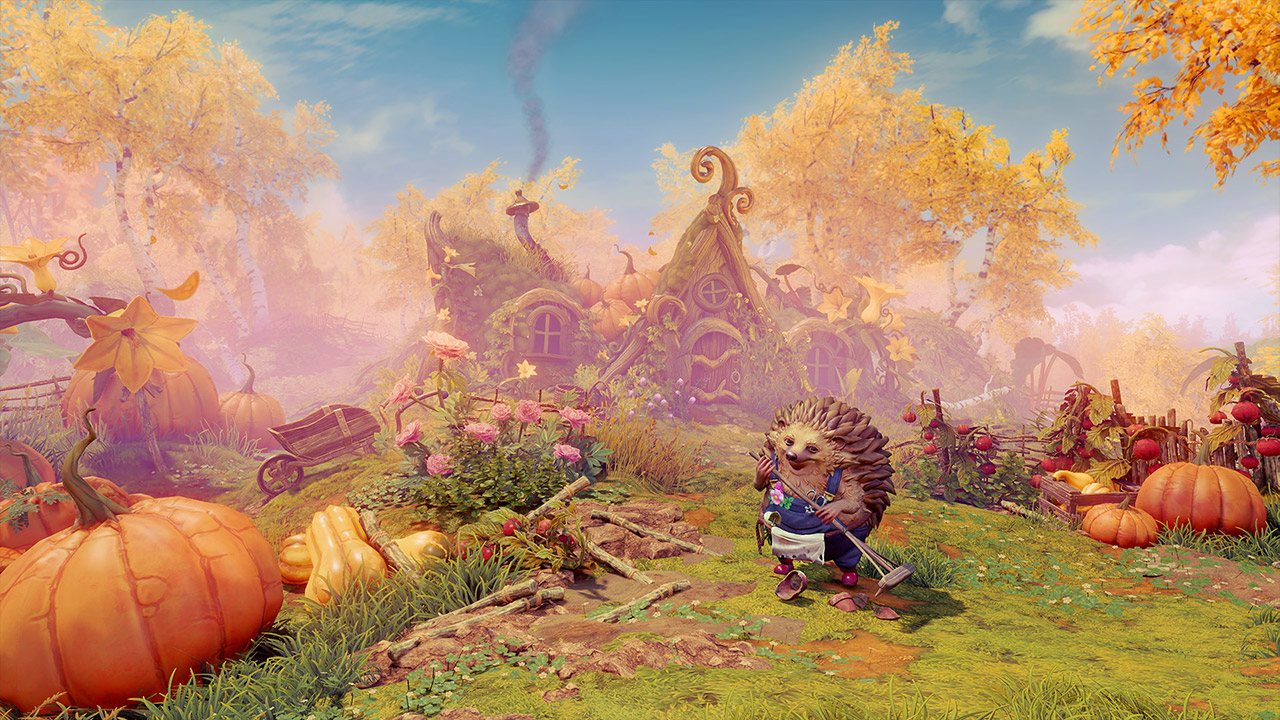 The story here is as clever as any we’ve seen in the series, and the comedy is witty throughout. I especially enjoyed seeing a couple of the characters from Frozenbyte’s Nine Parchments make a bit of a cameo.

Trine 4: The Nightmare Prince may be the best of the Trine series, and it certainly deserves your consideration. If it’s been a while since you’ve played Trine 1 or 2, by all means, dig in. But if you’re just now getting into the series via any of the multiple packages available, you may start to feel burnt out before finishing this particular chapter.