Trine 4 coming to Switch, but the Ultimate Collection is not [updated]

Trine 4 coming to Switch, but the Ultimate Collection is not [updated]

In this gamer’s opinion, the Trine series is one of the most beautiful and engaging multiplayer platform/puzzle franchises available for consoles and PCs. If you agree, today’s news from developer Frozenbyte and indie video game publisher Modus Games is both good and bad. Trine 4: The Nightmare Prince is coming to Nintendo Switch as a standalone release this fall, but we’re being denied the Trine: Ultimate Collection of all four games.

Trine 4: The Nightmare Prince will once again reunite Amadeus, Pontius, and Zoya as they seek to find Prince Selius. His “intensely dark nightmares have begun to slip into reality and wreak havoc on the waking world,” which means plenty more puzzles for our heroes to solve together as they explore vibrant landscapes band battle more epic boss fights than ever.

And for the first time ever, Trine 4 will support four-player co-op instead of the traditional three. Gameplay also reverts back to the 2.5D structure of Trine 1 and 2. I’ve always felt the change to 3D in Trine 3: The Artifacts of Power was unfairly maligned, but it’ll still be fun to return to the structure of the original games. 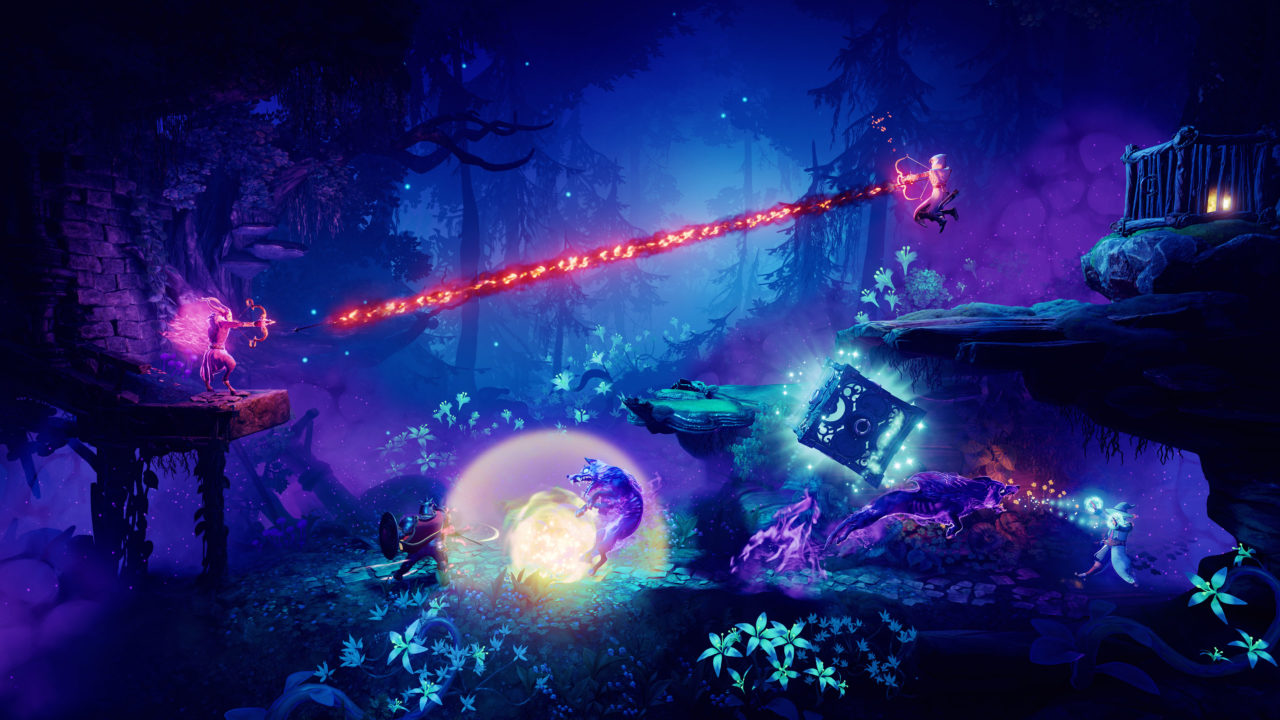 Trine 4: The Nightmare Prince will offer gamers the ability to:

Trine 4: The Nightmare Prince preorders at select retailers will come with a cloth poster and bonus in-game content. The retail version will also ship with a physical Trine 4 world map. More information is available at www.trine4.com.

Update – 3/4/19: I contacted Frozenbyte for a comment on why the Ultimate Collection has not been announced for Switch, and they reminded me that Trine 1-3 will get a physical release April 26th on one Nintendo Switch gamecard. Preorders for that package are now available at GameStop. In the meantime, Trine Enchanted Edition and Trine 2: Complete Story are available as individual purchases.

Update – 7/11/19: Modus Games has now confirmed that all four Trine games will be available together in Trine: Ultimate Collection for Nintendo Switch this fall both digitally and in a physical release.