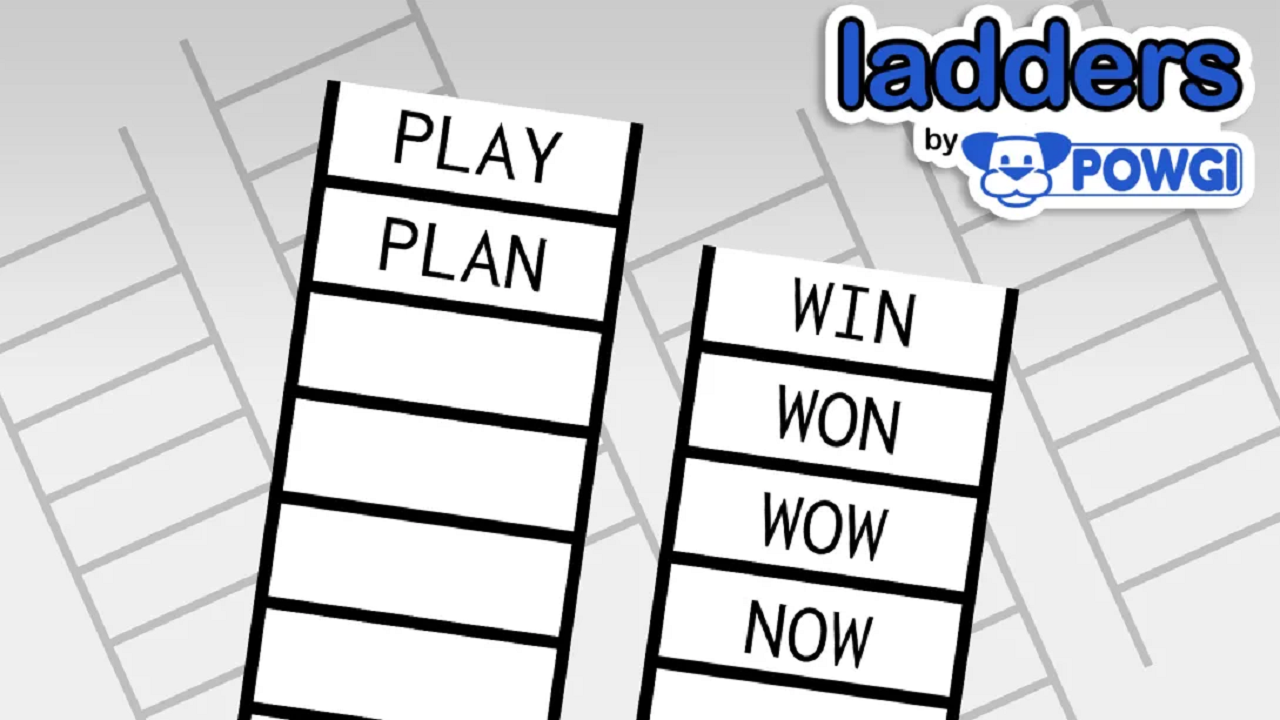 Ladders by POWGI is the latest POWGI-branded word game on the Nintendo Switch. Many of these have been released on the Switch (also on the Wii U and 3DS), varying in quality. PN has reviewed the good, the average, and the subpar titles. Ladders is more of a middle-of-the-road release, an average game in most respects that only enthusiasts of the POWGI series will want to grab at launch price.

“Make new words by changing one letter at a time. The goal is to turn one word into another using only a limited number of steps.” To illustrate this description, the first puzzle has three lines. How do you get from the top line word, cop, to the bottom line word, car? Make the word cap! It’s easy to get the hang of these puzzles in practice, although the puzzles at the end (with over a dozen lines) aren’t easy at all. The game is non-linear, so you can jump around if something gets too challenging, which is an option I always appreciate. 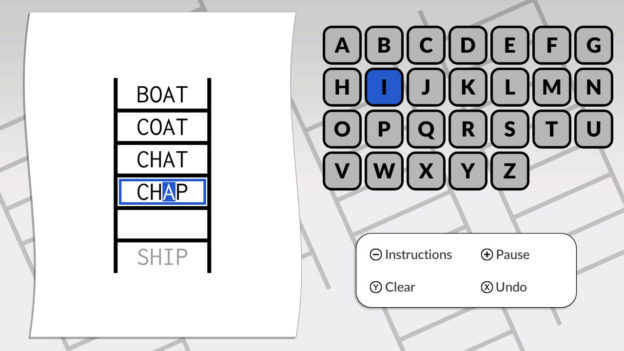 What can I say about such a simplistic release, other than it controls fine docked or via the touchscreen in handheld mode? Well, I think it might’ve worked better as DLC for an existing POWGI game. Especially with its mediocre aesthetics.

I don’t wish to harp on the audio/visual package. But even the music tracks are recycled from previous POWGI releases! Lightwood Games continually underestimate how much improved aesthetics could elevate their titles; $7.99 can buy much for savvy shoppers, so wouldn’t you want to get noticed more on the crowded eShop? A modest investment in aesthetics could yield an assured payoff. 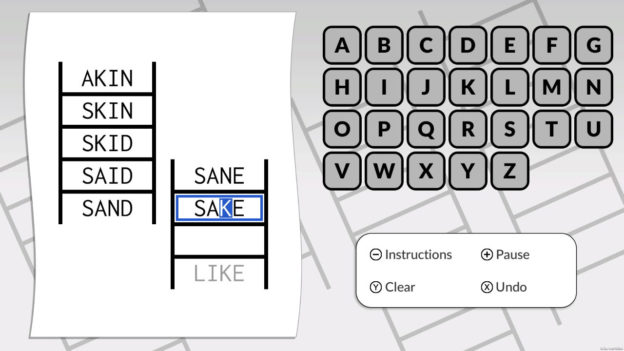 Ladders by POWGI certainly isn’t bad for a few minutes at a time, especially if you have a second player to bounce word suggestions off of. Still, I didn’t find it addictive enough to carry a standalone release. Fans will probably be satisfied with a purchase once this goes on sale. But I’d recommend another Lightwood Games word title, like Epic Word Search Collection first. 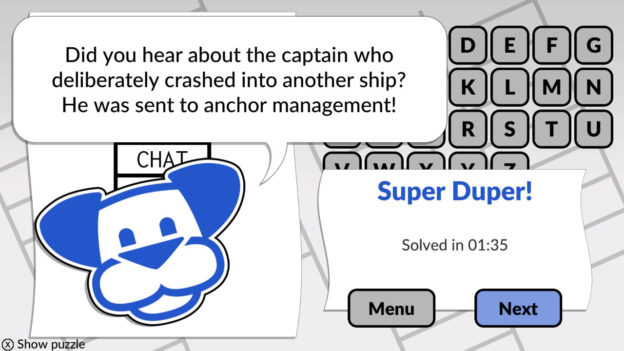 Ladders by POWGI certainly isn’t bad for a few minutes at a time, especially if you have a second player to bounce word suggestions off of. Still, I didn’t find it addictive enough to carry a standalone release.