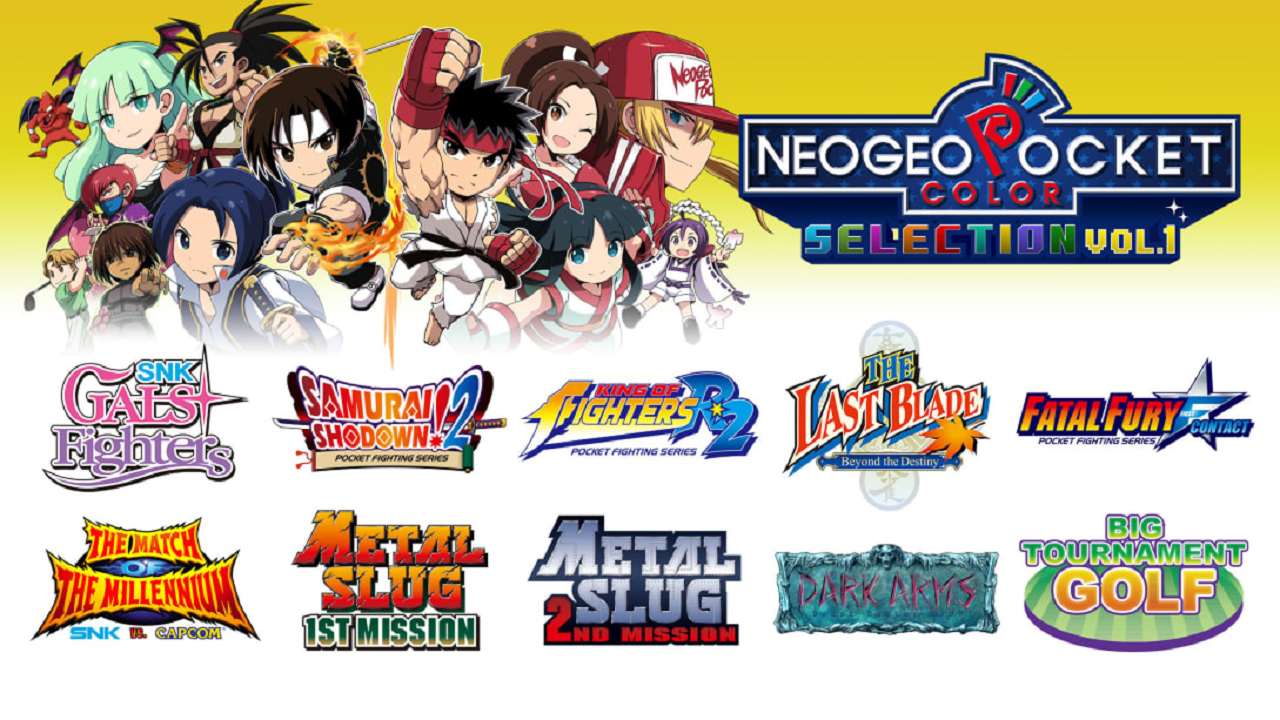 No doubt, Neo Geo Pocket Color Selection is something of a curious release. The majority of the games in this compilation have already been made available individually via the Switch eShop. It’s tough to argue that SNK didn’t mishandle this release, but how are the games themselves?

You can read our reviews of the six previous titles (all fighters) to get a sense of the mixed package that is this collection. There are a few good, but not great, games like SNK vs. Capcom: The Match of the Millennium, Gals’ Fighters, and Samurai Shodown! 2. But, there’s also equal parts fair to average ones like King of Fighters R-2, Fatal Fury First Contact, and THE LAST BLADE: Beyond the Destiny. Thankfully, the remaining four change up genres.

Perhaps the most highly anticipated games in this collection are Metal Slug 1st and 2nd Mission. While these certainly can’t compete with the arcade/console versions, they change the formula in enough ways – paths for one – that series enthusiasts should appreciate. There are five difficulty settings, and my Metal Slug rust had me selecting “kids” before long as I quickly exhausted my lives. Perhaps because I’m used to playing Metal Slug games on a larger screen? Each of these carts, even loose, can cost you more than this entire collection, which is worth noting.

What’s barely worth noting is Dark Arms. While there’s something to be said for a 90s RPG on a handheld, that’s about all I have to say. The story was so awful; it made a bad first impression, turning me off almost immediately. It’s definitely more ambitious in several ways than its rail gun predecessor, but it wasn’t for me.

Thankfully, Big Tournament Golf is for me. I’m always up for hitting the virtual links, and this version impresses me in several ways. While it naturally has fewer options (a 1999 handheld release after all), the six golfers, three (narrow) courses, and four difficulty levels are more than acceptable. It’s plenty challenging, as it should be, and very satisfying when you nail a birdie. You can also rewind if the wind unexpectedly carries your ball…not that I ever do that.

Neo Geo Pocket Color Selection Vol. 1 will be a letdown for those who’ve already purchased some (or all) of the fighters released prior. But if you’ve been wondering why SNK hasn’t bundled these handheld games together, wonder no more. While very much a mixed bag, there’s enough here for the curious, and more so for fans. Bring on Vol. 2.

Neo Geo Pocket Color Selection Vol. 1 will be a letdown for those who’ve already purchased some (or all) of the fighters released prior. But if you’ve been wondering why SNK hasn’t bundled these handheld games together, wonder no more. While very much a mixed bag, there’s enough here for the curious, and more so for fans. Bring on Vol. 2.