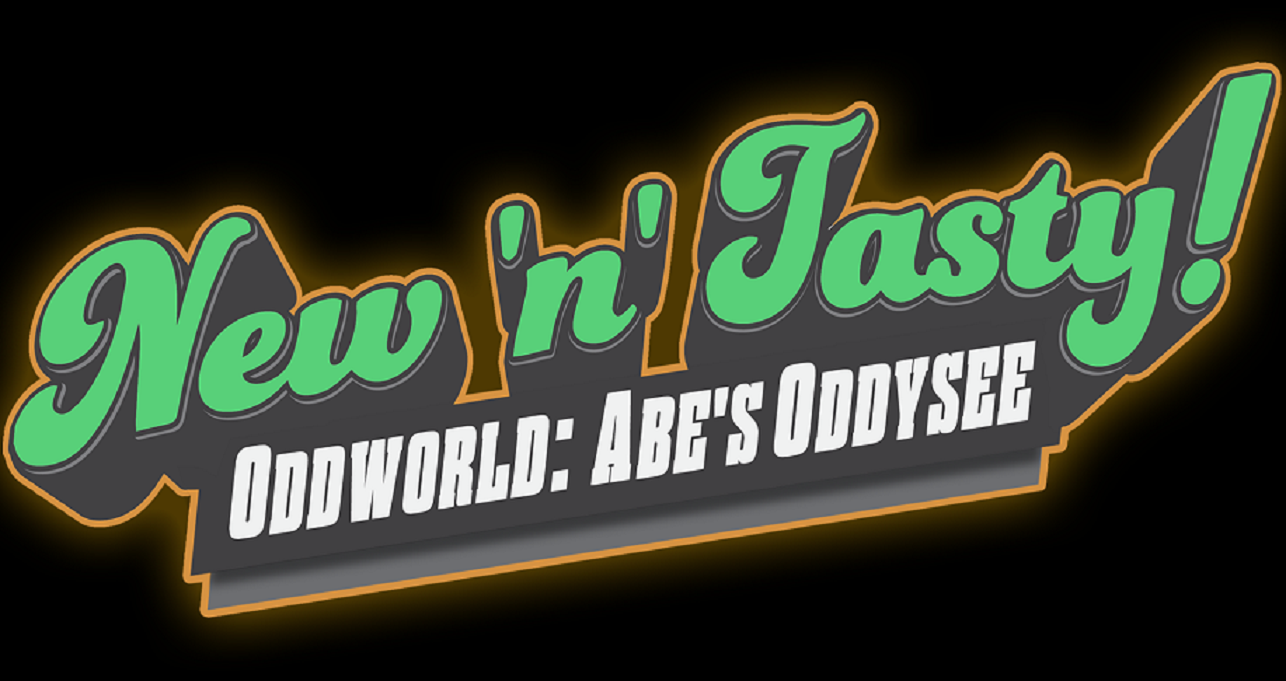 One of the most eye-catching and demanding games of the Playstation era, Oddworld: Abe’s Oddysee has been remade as Oddworld: New ‘n’ Tasty. It joins its sequels, Munch’s Oddysee and Stranger’s Wrath, on the Nintendo Switch.

As this is a port of the Wii U game, I invite you to read our review of that version as well. I echo many of Jemma’s overall thoughts but am a bit more critical as a cinematic platformer enthusiast.

Taking a page from Soylent Green, this game starts with Abe escaping the factory he works in before he and his fellow Mudokons get processed into the latest food. He’ll travel to other areas, meeting Mudokans who are a bit more…hesitant. These Mudokans bring life to the adventure with their chatter.

Abe himself is interesting. Talking in rhyme is something I could leave, but taking control of enemies leads to unique puzzles. While this is a classic sci-fi trope, there’s something to be said for Abe pulling a Professor Xavier. Other puzzles involve things such as figuring out how to avoid land mines, the order to pull levers, and more. Combat isn’t really a thing, as you’ll usually run or sneak past threats, and I don’t mind that.

One of the leading changes in this remake is making the game more accessible. Besides an optional easy mode, checkpoints are (for the most part) spaced out better. One hit dying also gives way to health. I can get behind these changes, as it’ll expand the game’s audience, and by extension, the series.

Other changes are hit or miss. The art direction has lost much of its roughness. I’m not talking about blood – the game is still Teen-rated with more comical gruesomeness. Instead, this update has a clean look a bit too far removed from the original for my liking. The 2.5D look will probably be welcomed by those with little experience with Abe’s Oddysee.

The lighting is also mixed. Thankfully, you can adjust things. I deactivated “lens dirt,” which made everything too bright. You can also take away bloom and reduce gamma. It took me a bit of experimenting to find the settings I liked. Some scenes do benefit from the extra lighting, which I welcome for improved visibility.

I wanted to touch on a point Jemma made earlier about the constant teaching style being somewhat distracting. I think this stems from having an awful lot of controls. Put this game down for a spell, and it will take you a while to reacclimate. Oddworld: New ‘n’ Tasty isn’t a pick-up-n-play experience; Abe’s versatile approach to these challenging puzzles proves this.

There’s the odd big here or there, like falling through a level or audio stuck on a loop, but nothing game-breaking. But I do have a lot of nitpicks with seeming inconstancies in the controls. Initially, I listed these but decided they’re ultimately small enough not to bother mentioning at length. But with a controller in hand, they can start to add up. You’ll notice jumps, ledge grabs, and sneaks that occasionally don’t respond as expected.