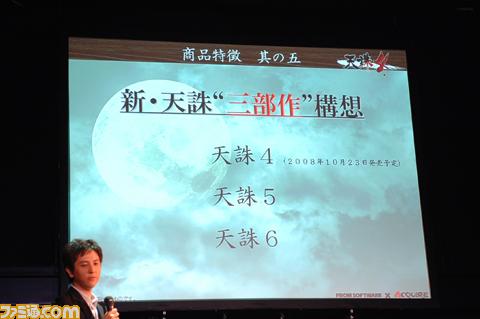 Tenchu 4 Screens, Info, Tenchu 5 and 6 in the Works

A lot of information is pouring in now about Tenchu 4 for the Wii including brand new screens and news of a possible trilogy.

2 Million Dollar Grant To Study The Affects of Wiihab

Cornell University’s Department of Communication will explore a cell phone game named Mindless Eating Challenge with a group of teenagers. The game makes use of nurturing virtual characters, phone cam snapshots of food, feedback from game/peers, and nutrition tips in order to steer teens into healthier eating habits.

Indiana University’s School of Health, Physical Education and Recreation has created The Skeleton Chase, an collaborative/competitive multimedia mystery game designed in part to helping newcomer students fight the “freshman fifteen” or the poundage gained by new college students in their 1st year due to alcohol intake, rich cafeteria food, fast food, snacks, and lack of proper sleep. Used to be called the “freshman ten” once upon a time.

END_OF_DOCUMENT_TOKEN_TO_BE_REPLACED

Protöthea
– Dull, bland
– Random that it was even remade

Toki Tori
– Awarded with an 8.0
– Good game, even at $10
– Fun – only downside is its price
– Straight up puzzle platforming

END_OF_DOCUMENT_TOKEN_TO_BE_REPLACED

Taken from an PlayStation blog:

It has been brought to my attention that PlayStation Underground held a secret focus group earlier this year. A small group of PS3 owners were …
END_OF_DOCUMENT_TOKEN_TO_BE_REPLACED

Shantae DS: In 2006-2007 we hit pretty hard, with a massive undertaking to redo the cast of hero and enemy sprites, and about half of the sequel’s backgrounds were created by …
END_OF_DOCUMENT_TOKEN_TO_BE_REPLACED

Tales of Symphonia: Dawn of the New World Details

These details are taken for the developers blog:

-they ditched the purely waggle-to-attack battle system because from their experiments, they found out that it was too tiring. Instead, they choosed …
END_OF_DOCUMENT_TOKEN_TO_BE_REPLACED

“In regards to using the Wiimote …
END_OF_DOCUMENT_TOKEN_TO_BE_REPLACED

LOS ANGELES, California – May 5, 2008 – Nyko Technologies®, the premier game console peripherals manufacturer, today announced that the anticipated and award-winning Kama Wireless Nunchuck for the Nintendo Wii has shipped to stores nationwide. Named “Best of Show” in the Gaming category by CNET during the 2008 International Consumer Electronics Show, the Kama is the first truly wireless Wiimote controller attachment for the popular Wii console.

END_OF_DOCUMENT_TOKEN_TO_BE_REPLACED

NWF: I’ve read in some other interviews that you have more projects coming. Can you give us any hint at all of what we can expect, or maybe when we’ll …
END_OF_DOCUMENT_TOKEN_TO_BE_REPLACED

There’s no denying that the Nintendo Wii is a revolutionary games machine but… well, it does require a lot …
END_OF_DOCUMENT_TOKEN_TO_BE_REPLACED 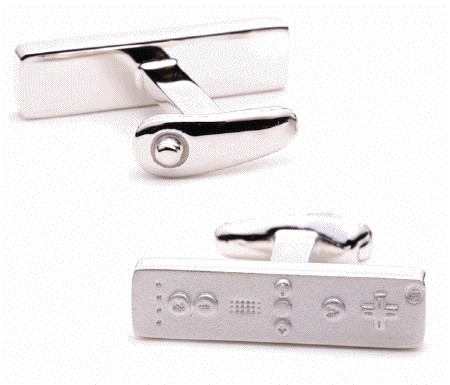 Check these bad boys out!  These are Wiimote Cufflinks.  That’s right, cufflinks for that special day can now be branded with your favorite new Nintendo system : )  Only …
END_OF_DOCUMENT_TOKEN_TO_BE_REPLACED

– The Wii Fit board for North America and Japan are not different. The reason the weight limit is 300 in Japan and 330 in NA is due to Japan’s …
END_OF_DOCUMENT_TOKEN_TO_BE_REPLACED

Coming at you full throttle is SPOGS Racing™, an all-new racer from D2C Games™ featuring classic arcade racing, pick-up-and-play controls, all-new racing vehicles and Crash N’ Grab™ battling action. Jump in, gear up and modify your ride as you compete head-to-head for a totally outrageous arcade racing experience on your Wii™ game system. Whether you’re a casual gamer or hardcore racer, SPOGS Racing™ features fun for all and is a must have download for your WiiWare™ digital game library.

END_OF_DOCUMENT_TOKEN_TO_BE_REPLACED

Media Summit
– Most focus was placed on Wii Fit.

Wii Fit
– Was able to go through a variety of gameplay modes and put the game to the test. Does it work? It certainly does.
– Actually woke up feeling pretty sore the next morning after doing strength contests against Chobot, felt like he had actually done hard strength training.
– Chobot fell flat on her face during the push-ups.
– Wii Balance Board senses and calculates a lot of data. Very accurate.
– As a workout tool, the game is fantastic. The mini-games like the Ski Jump are great fun. The Ski Jump requires careful balance when sliding the slope, making an upwards motion onto your tippy toes for extra height, and still maintaining balance in the air. It’s challenging but really fun.
– Matt’s really feeling it and believes it deserves all the (massive) sales it has already gotten and will continue to get when it launches in Europe and USA.

Mario Kart
– Absolutely flawless online. Blew them away.
– The offline multiplayer drops the ball because it instantly drops to 30fps when splitscreen, and still manages to chug despite not being a very pretty engine. There’s also a lack of free-for-all battle mode.
– Also, the single player mode still hasn’t progressed in any real way. It’s still dull and there’s still flaws like rubber-banding.
– However, the online multiplayer is phenomenal. You go on and are paired up with as many people as possible (12 being the max).
– Had initial issues where he couldn’t connect to the Treehouse development people in Japan, but worked perfectly after that. Absolutely silky-smooth and a lot of fun to play. Lots of stats tracking. Makes the Mario Kart Wii experience.
– Wii’s premier online game.
– New media should hopefully be coming up soon.